Alexandre Tan, Vice President of Advertising and Brand Partnerships, has been at Gameloft for over sixteen years! His journey started out in the United Kingdom as a managing director, but Alexandre has changed and evolved so much over the years that he feels like he's led four different lives at Gameloft!

Learn all the knowledge and insights he's accumulated the past sixteen years and through his different roles below!

What are your responsibilities as the Vice President of Advertising and Brand Partnerships?
I head Gameloft for brands and my role is to basically grow Gameloft’s brand partnerships and advertising business.

Gameloft for brands’ mission is to create meaningful connections between people and brands through gaming or gamified experiences.

I’m also a member of the executive committee. 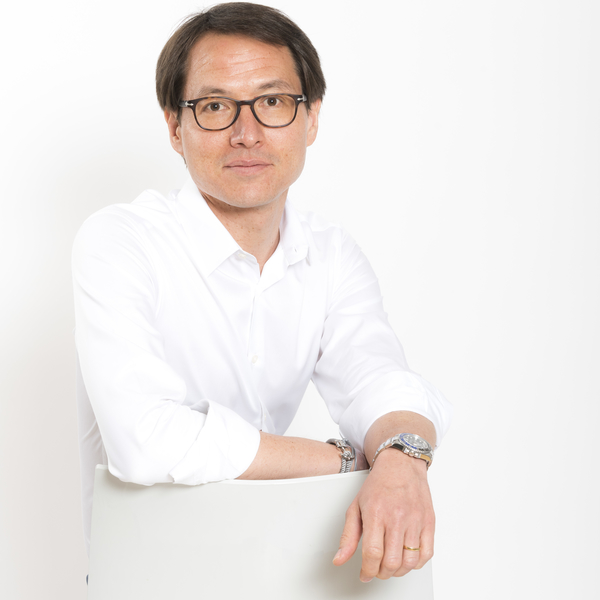 How did you come to be at Gameloft?
I went to business school in London, England, and started my career as a management consultant. I worked for two different firms in London and Paris (Ernst & Young and Salustro Reydel) working on various assignments for a variety of clients from utilities to manufacturing and financial services.

A friend of mine worked at Gameloft, and he told me they were looking for a new managing director for their UK subsidiary. After eight years in management consulting, I was looking for a new challenge, so I applied and got the job.

I wasn’t a hardcore gamer (my first console was a CBC ColecoVision and my last one was the PlayStation 2), but I was always interested in the entertainment industry and was intrigued and excited by the prospect of working on mobile games.

When I joined Gameloft, it was only four years old, but it was growing fast. When I came in for my first job interview in April 2004, they had around 500 people, and by the time I joined five months later, the company had doubled in size!

It’s a truly global company, and we employ people from lots of different trades, which resonates with me because of my multicultural background and diverse work experience.

How have you grown professionally and personally over the years at Gameloft?
I always say I’ve already had four lives at Gameloft! The company has allowed me to reinvent myself over the years, and it’s what has been keeping me excited and makes me get up in the morning and go out there!

In my first life, I was the managing director for the UK subsidiary and in charge of growing our mobile games distribution revenues with the local mobile carriers. My role eventually grew into a more general manager type of position, so I expressed my wish to “get my hands dirty” again, and they made it possible by allowing me to come back to HQ in Paris

I then became the business development director tackling what was then known as “non-conventional platforms” for Gameloft (read: anything not mobile). I was tasked with building our relationships with non-mobile device manufacturers, like PCs and connected TVs, as well as with internet service providers and in-flight entertainment companies.

I spent my third life as the key account manager for Apple, first for Europe and then globally.

In my fourth and current life, I lead our advertising and brand partnerships business. It’s been an extremely rich experience so far and has pushed me to reinvent myself on a regular basis. I’m always learning new things and looking at things from different angles.

What does an average day look like?
It’s usually very long!

Typically, mornings are dedicated to going through emails received during the night from USA and Asia and aligning with our Asia-based teams. I usually focus on Europe, the USA, and Latin America related topics in the afternoon.

I have a lot of calls and meetings, especially with the current pandemic situation, whether to catch up with our clients, work on new business opportunities and pitches, or help my team members make decisions and exchange ideas with them about where we want to take our ads business in the future.

What was one of your favorite projects?
The Applaydu project we recently delivered for Kinder is particularly dear to me and has kept me quite busy since last year.

It’s a great project from a scope and ambition point of view, and the client is amazing. It’s rare to reach such level of trust and partnership with a client.

We were always able to say things the way they are, and we’ve built something amazing together. It was super exciting, and I’m very proud of the Gameloft for brands creative team for delivering such a great product.

What do you enjoy most about working at Gameloft?
The multicultural aspect is always super exciting for me as is working with such bright and high-caliber individuals.

We work in a fast-paced environment, so it keeps me on my toes. It can be stressful, but at the same time, I wouldn’t be able to work in an industry that’s not as fast-paced.

We’re also fortunate enough to be able to build new businesses from the ground up on a regular basis. First, our game distribution business with carriers, then our over-the-top business to address the smartphone market, which we had to transform to embrace the free-to-play model, and then our advertising business (tech and all).

We started out as a gaming company, but now we leverage our expertise and DNA in game design and development to provide gamified solutions to others.

What advice do you have for those wanting to grow and succeed in a similar role?
Be diligent in the execution of what you do, and always look out for new opportunities. I think people need to identity opportunities and make them theirs. Really own them, and don’t be afraid to come up with new suggestions and ideas or seek ways to improve the way things are done.

There’s a constant evolution, and things can be very different in five years. Who knew the entire industry would shift in 2008 when the app stores opened? Who could have foreseen that mobile carriers wouldn’t remain the primary destination for accessing mobile content? Who could have foretold that free-to-play would replace the traditional model of paying upfront for downloading and playing a game?

How has the industry evolved, and what do you hope to achieve in the future with Gameloft?
It’s not how the industry has changed, but rather how it’s constantly changing, so what’s true today won’t be true in two days from now. It’s different but just as exciting as the first day I joined… sixteen years ago! There’s always new things, topics, partnerships, and players, and it hasn’t slowed down in terms of excitement or surprises.

I wish the best for Gameloft in the future. I look forward to our studios releasing amazing productions over the coming years so that Gameloft will keep entertaining the world as it has done for the past twenty years.

What would you like to say to the community for the new year?
This year has been challenging for everybody, so I can only wish the best for the community in the year to come! We’ve done well, all things considered, but finding a new normal would be good!

As an international and multicultural company, we welcome people from all walks of life. Check out all our job opportunities in our studios around the world here, and apply today! See you tomorrow for the final edition of The Vault!