Spider-fans are in for a treat in the latest issue of Spider-Man Unlimited. Swing into action for the latest expansion to Gameloft’s endless-runner as 11 additional characters are added to the roster.

With these heroes, and your existing collection, it is time to test your skills with a brand new event. Take on this challenge, and complete every part, for a chance to win an exciting reward.

Read about Spider-Man Unlimited in Spanish and Portuguese.

More from the Multiverse

The newest addition to Spider-Man Unlimited adds 11 incredible characters to the roster to help you fight the forces of evil. Eight of these characters are Spider-Men from other parts of the Multiverse and three heroes who have fought alongside the legendary web-slinger.

First up, we have the newest addition to the Multiverse, Spider-Man Homecoming in an Infinite rarity. This incarnation of Peter Parker is young, speedy, and also full of potential - as anyone who has seen him fight Vulture will attest. 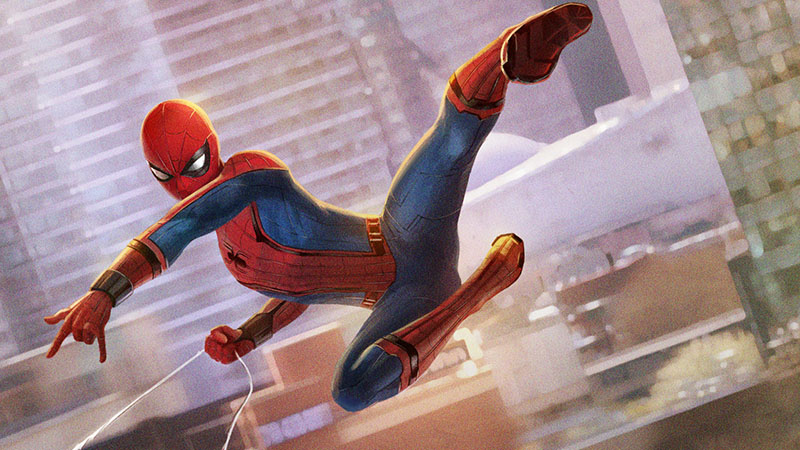 Pavitr Prabhakar is the Spider-Man of Earth-50101. This incarnation of the wall-crawling hero finds his roots in India. This Spider-Totem has a very similar life and power-set to those of the famous Earth-616 Spider-Man, right down to living with his Aunt Maya.

Help from the whole Multiverse

Going by the alias, “The Spider God”, Kwaku Anansi is the next addition to Spider-Man Unlimited. Originating from Earth-7082’s Africa, this trickster Spider-Man spun many stories to create a mysterious mythos around himself.

Another arrival from the Multiverse is Spider-Cowboy. Much like the previous entries, this hero offers little new in terms of powers to the typical web-slinger. But he does bring some six-shooters, which I guess makes him a gunslinger too.

If you think being Spider-Man isn’t enough, try injecting a little werewolf. Coming packed with both the classic set of Spidey powers, this hero adds werewolf abilities. Yup, Werewolf Spider-Man is great to have on your side! 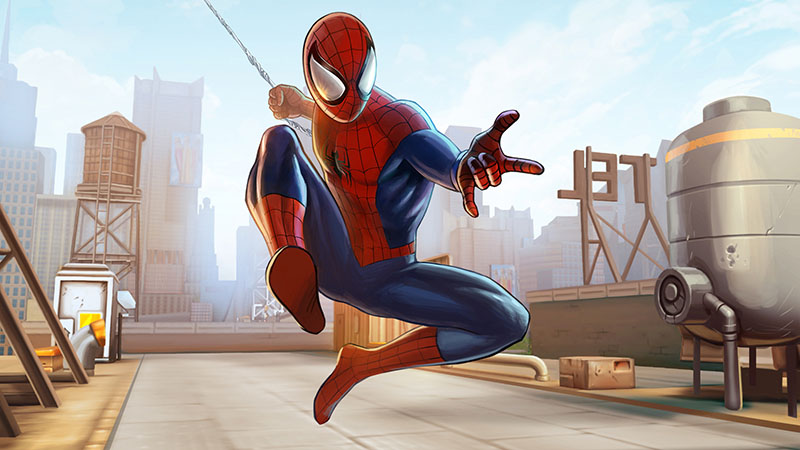 The powerful Cosmic Spider-Man also joins your Spider-Man Unlimited team. Able to channel the power of the life force, this Peter Parker was the most powerful incarnation of the webbed Superhero. In his own Earth-13 dimension he had numerous powers, including energy blasts, cosmic consciousness, and flight. Unfortunately Spider-Man Unlimited isn’t set in the Earth-13 dimension, so he just comes with our favorite spider-powers.

Earth X Spider-Man is an older incarnation of Peter Parker. After his identity was revealed, this Spider-Man joined the police force where he continued to work for the side of justice - I’m sure those Spidey powers helped him become one of the finest of New York’s finest.

Peter Parquagh of Earth-313 is The Spider, also known as Spider-Man 1602. This British incarnation of Spider-Man lived in Elizabethan Britain. Working with Sir Nicholas Fury, this Peter used his powers for all manners of assignments.

Even more heroes join the fight

Elizabeth Brant of Earth-78227 lived a parallel life to her Earth-616 counterpart - that is until, one day, she took an assignment for the Daily Bugle and visited a science lab. As fate would have it, in this universe, it was she who received a bite from an irradiated spider and not Peter Parker. Becoming Spider-Girl, Betty swung into action - and into Spider-Man Unlimited.

The mercenary Silver Sable is a skilled fighter who is fully equipped and ready to fight. While she is a gun-for-hire, the truth of this warrior is far from that simple. When the need arises, she is just as willing to fight for what she believes in as she is to collect her contract. A killer with a conscience. 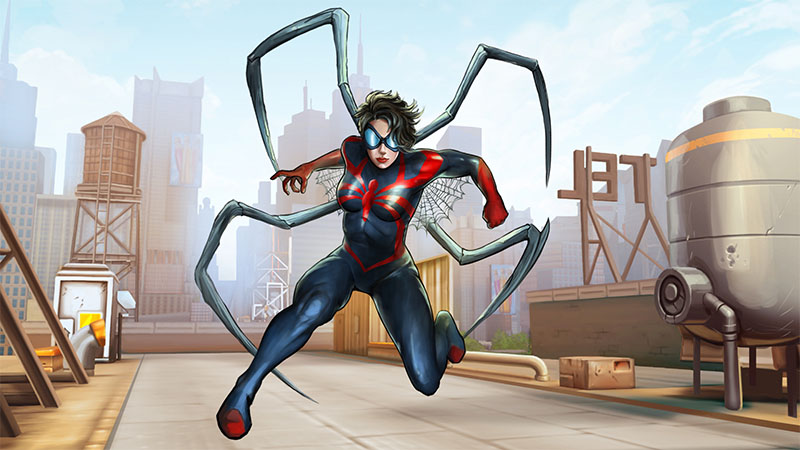 Finally there is Martha “Mattie” Franklin, a once normal teenager who received her abilities from a ritual known as the Gathering of Five. Granting her superhuman powers, she became the new Spider-Woman. On the downside she is allergic to cats… but I'm not sure that is related.

Put them to the test

The latest issue of Spider-Man Unlimited also includes a new story line challenge to take on. Leap into action and fight your way through the multiple stages of this new mission. During each phase collect all of the card pieces and you will have the chance to win a truly special prize.

Grab Spider-Man Unlimited issue 24 now on iOS and Android. Plus, keep up with all the latest SMU news by following the game on Facebook, YouTube, and the game's official site.