Hello Runners! By now you have no doubt noticed the huge update that the Minion Rush team has made to the game. Everyone involved with this reinvigoration of the game has worked hard and passionately, always keeping in mind the players.

However, the team also knows that it will take some getting used to.

Every team member is watching closely and seeing your feedback. Some of this feedback, they feel, comes from people simply not yet fully understanding the changes they have made. Other comments find their root in the team not having explained some elements of the update properly.

Among these new elements that the team doesn’t feel that it has properly explained, there is a handful that we are seeing frequently. Let’s have a look at those to make sure that your new Minion Rush experience is the best it can be!

Why is my progress reset?

This one is, admittedly, a bit of a shock jumping in. Even I thought so when I loaded up the update for the first time... and I sit next to the Minion Rush team!

Really though, your progress hasn’t been reset. Instead, as you start the update for the first time, we wanted to ensure that you would see the new tutorial. This was to help you understand all of the changes that had been made to your favorite game.

To do this, the team has packaged up all of your progress for you to access after the tutorial is complete! Providing you are connected to the internet, all you have to do is:

If you accidentally hit “Later”, or if you are not connected to the internet, then an icon will appear in the lower left of the screen. All you have to do is tap this to bring the popup back to begin the process.

Why have my bananas disappeared?

Bar a few costumes in the original Minion Rush experience, bananas didn’t do much. So, we decided to change that after receiving feedback from the community.

But prepare to have your mind blown… your bananas are no longer bananas and the bananas you collect NOW are something entirely new! 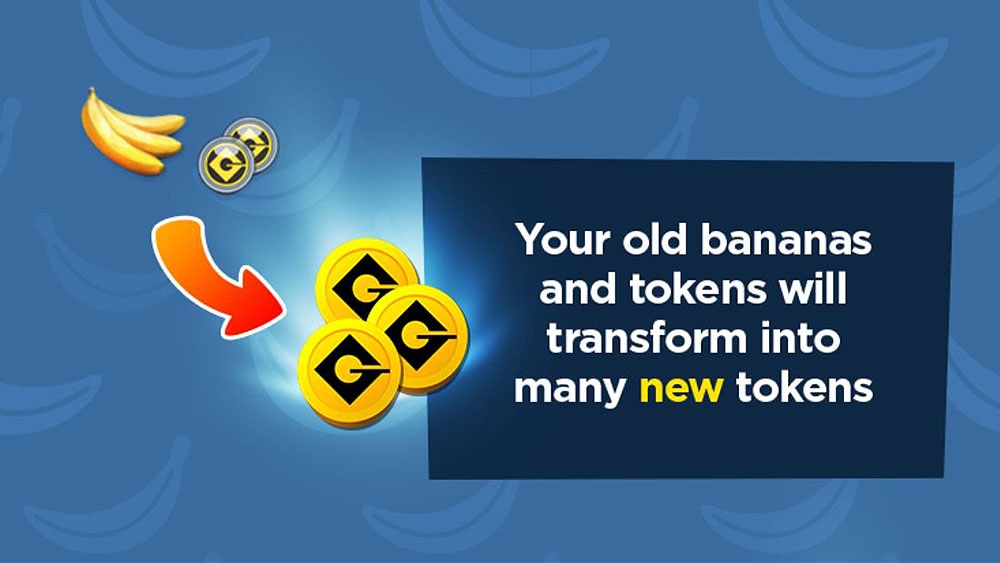 Your bananas have been converted into Tokens. They are used to help you unlock costumes in the game either directly or by buying costume cards.

The new bananas are an entirely fresh collectible. Gather these in runs for the opportunity to open special Banana Prize Pods.

Why are my costumes locked?

Another confusing one that the team realizes it could have been clearer about explaining. Your costumes are locked due to how the update is transferring your data and how costumes are unlocked in this update.

To unlock and upgrade a costume now, you must collect Costume Cards.  If you had a Costume previously, when you transfer your progress over you will receive an appropriate number of Cards to acquire the costume at the same level again! 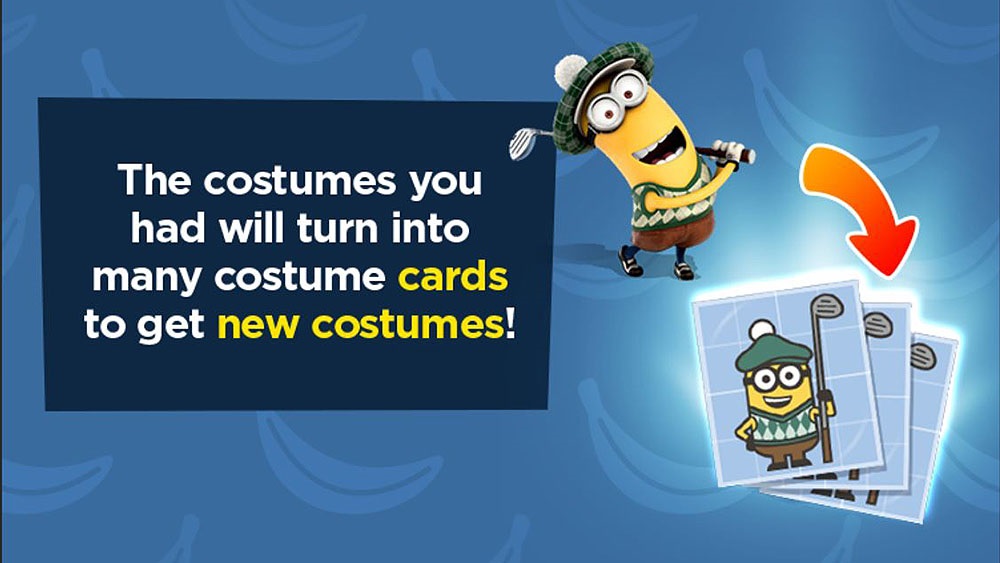 To unlock the costume you must now pay Coins. However, after realizing that the cost of these unlocks was too high from looking at feedback, the number of Coins needed to reacquire your costumes has been reduced to one! Veteran players will also receive 5,000 Coins to help them quickly get back to where they were.

In a similar fashion to the Banana conversion, a lot of players are also wondering what has happened to their Blueprints, Power-Up Upgrades, Revives, Banana Splitter, Golden Shield, etc. Simply, these have also been converted into new items and currencies that are appropriate to the updated game.

The clearest example of this is that we don’t have Blueprints in the game anymore. So, if you still had these in your inventory, you would be rightly miffed! Instead, these will have been converted into Costume Cards. 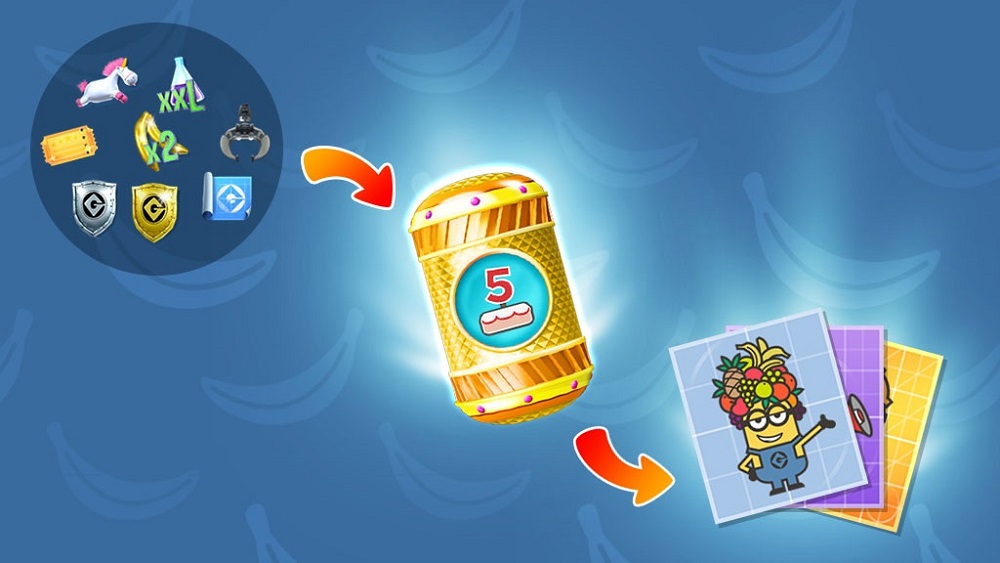 Finally, we should say, everyone involved in the update knows they are not infallible. Some problems that the team didn’t envision will become apparent now our millions of incredible fans have their hands on the update!

But, before deciding you feel a change is a mistake, we ask that you give our team’s vision time. Experience and appreciate what has been altered. Then, after playing for a little while, we eagerly await your feedback to help inform future updates and changes.

We look forward to hearing your thoughts and ideas on the Minion Rush forums and Facebook.