Shriram Srinivasan first joined Gameloft in 2015 and has worked in our studios in the USA, Romania, and Canada!

Currently at Gameloft Montreal, our game designer has grown up over the years at Gameloft and has worked on different franchises like Asphalt and Dungeon Hunter.

Read on to find out more about his job and why working on Asphalt 9: Legends for the Nintendo Switch was such a special project to him!

Hi, Shriram! Tell us about yourself.
Video games have been a huge part of my childhood. Playing Symbian/Java games on mobile phones or playing John Romero’s games on DOS—you name it—they’ve played a crucial role in aiding me to select my profession.

The idea of working on something I’m passionate about for life propelled me to pursue a degree in Game Design and Project Management at Supinfocom Rubika. This was my first foray into the games industry.

I joined Gameloft New Orleans as a junior game designer soon after completing my degree, where I worked on technical design for a Dungeon Hunter franchise game and Paddington Run. Later, I moved to Gameloft Cluj to take the role of a game designer to work on Iron Blade and Asphalt 9: Legends on the Nintendo Switch. And now, I’m stationed at Gameloft Montréal working on various projects.

I’m fortunate to have gotten the opportunity to work on drastically different genres from casual games, RPG, to racing, and to be able to reach millions of players in my four year tenure at Gameloft. 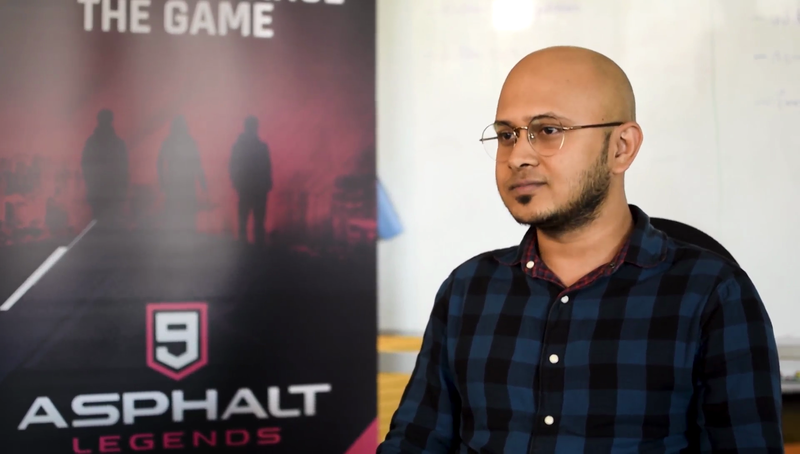 What is your role and what do you like most about your job?
I’m currently a game designer on the central team working on internal and external projects.

On a daily basis, my tasks revolve around balancing features, pitching new concepts, analyzing competitor games, collaborating with teams around the world, and proposing new features to improve engagement and monetization.

The three aspects I enjoy most about my job is being able to collaborate with a team that’s like a family towards one goal (i.e. crafting the best product for the target audience), the ability to constantly improve our games after launch based on player feedback and data, and directly interacting with the players to better understand their perspective on our games.

What are some of your most memorable moments at Gameloft?
The one that stands out the most is the day (back in 2018) when I was asked to work on the Nintendo Switch version of Asphalt 9: Legends by my manager.

This project was special to me because being able to work on the Asphalt franchise was like completing a full circle. I played countless hours of Asphalt Urban GT on my uncle’s Motorola SLVR L7 device when I was around 12 years old. It was my first introduction to Gameloft games and created a fascination with mobile games.

What advice do you have for aspiring game designers?
At the beginning of your career, try to find opportunities to accumulate experience in as many game design aspects such as systems, features, and technical design. It will help you become versatile and aid you in identifying the design discipline you are passionate about to further specialize in it.

The game industry is moving towards a Games as a Service (GaaS) model and free-to-play (F2P) mobile games have been at the forefront of this model. I highly recommend all emerging designers to play a few F2P mobile games from different genres to understand how live-operations work and how systems are balanced to cater to a wide variety of player types.

We have multiple game designer positions available in our studios around the world, and you can find all of them here! Stay tuned next week for another edition of Humans Behind the Game!