Hannah Crosby is a 3D artist at Gameloft Brisbane, and she’s been honing her skills since she was only 19 years old!

As a multidisciplinary artist who has experience in the video game and film industries, Hannah knows her stuff and had some great advice for women who want to get into the industry.

Times are changing, and Hannah said "many managers over the years have told [her] they’re actively trying to hire more women but that they often don’t get many applicants—so go out there and apply, and make this industry even better!"

We couldn't have said it better ourselves! Read on if you'd like to know more about Hannah, her job, and life at Gameloft Brisbane.

Hi, Hannah! Tell us about yourself.
I’ve enjoyed making art since I could first hold a crayon, and about fifteen years ago I got my first job as a 3D artist and was able to combine my creative and geeky sides.

Since then I’ve worked in Australia and the UK in a number of large and indie studios until I found my way to Gameloft Brisbane where I’ve been for over 18 months.

My artistic journey also took me on a detour into feature film work, where I created sets and props for movies, including a couple by Marvel and DC.

Getting to create physical props by hand was an exciting change from the digital world, and I learnt a lot which made me a better artist. But it also made me appreciate all the great things about working in digital even more - like CTRL+Z! 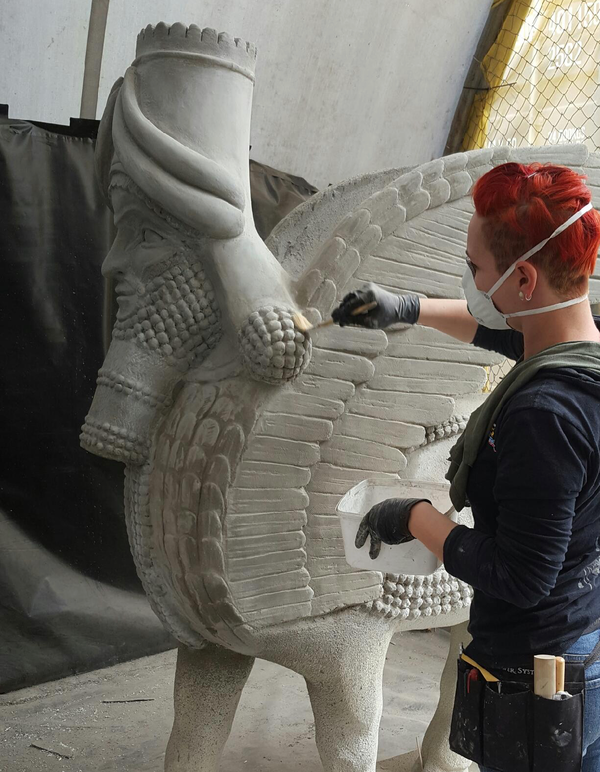 As a 3D artist I work across all areas from characters to environments, modelling and texturing 3D assets, and working in-editor to create level art.

My job is quite varied and never boring. For Gameloft Brisbane’s recent game Ballistic Baseball, I created large animal statues for the over-the-top stadiums, including a mechanical stegosaurus!

What inspired you to become an artist in the gaming industry?
When I was a teenager I used to play a lot of Sims 2, too much probably. But the modding tools available in that game, which allowed players to easily make custom content, were my first introduction to how games are built behind the scenes and how textures and 3D models are created.

When I was offered an animation scholarship in my final year of high school, I finally knew how I could use my art skills in a serious career. During that course, I found 3D modelling to be my main area of interest, and I focused on that in my university portfolio, landing my first job at only 19 years old.

What are your most memorable moments at Gameloft?
One that stands out has to be being flown interstate to speak at Games Connect: Asia Pacific last year about my experiences working across film and games and what it means to be a multidisciplinary artist.

The opportunity to share my professional journey and represent Gameloft was a very nerve-wracking and rewarding experience. 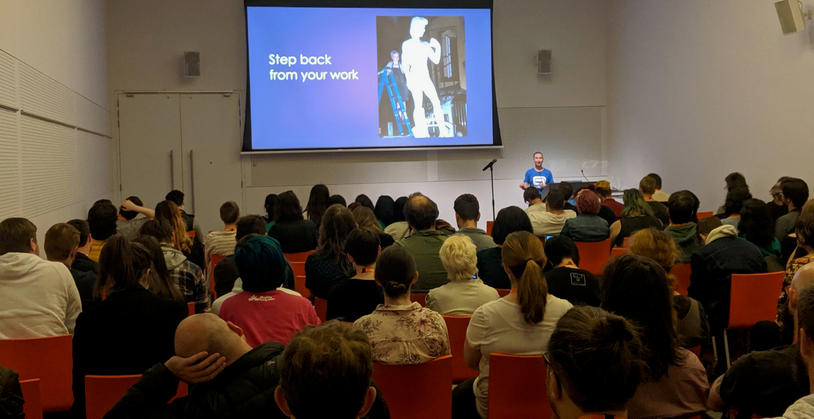 Winning the hula-hooping contest at our end-of-year Christmas party was also one of my proudest moments. Just kidding, but the frequent social events organized by the studio are always fun bonding moments and make Gameloft feel more like a family than a workplace.

The current crisis means in-person events were put on hold, but the art team still likes to have fun in our daily video meetings—like silly hat days and the time we called in from our “secret lairs.” 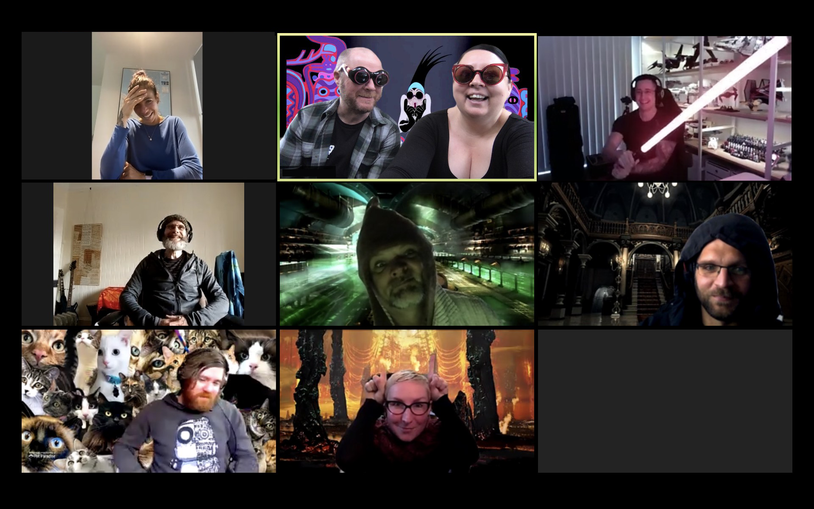 What advice do you have for people, but especially women, who want to work in gaming in a similar role?
If you're looking to get hired for an artistic position, your portfolio is the most important thing you can show and can get your foot in the door even if your experience or qualifications are lacking.

Many broad game courses don’t focus specifically on art creation, so you may want to take specialized short courses or work on your own projects independently to develop a good portfolio.

To young women thinking about getting into games I would say, don’t be afraid that it’ll be a boys club.

Speaking purely from my own experience, I have never encountered negativity around being a woman working in games, and many managers over the years have told me they’re actively trying to hire more women but that they often don’t get many applicants - so go out there and apply, and make this industry even better!

We have multiple positions available for artists in our studios around the world, and you can find all of them here. Stay tuned next week for another edition of Humans Behind the Game!