Arman Mohazzabfar is one of our narrative designers who are dedicated to creating fascinating stories and characters for our games!

Although he started out writing for television, Arman has always loved video games. When he saw an opportunity to work at Gameloft back in 2018, he took it, and he’s been with us ever since.

Find out more about him and his job and that one time he organized a kickball league in our New York studio below!

Hi, Arman! Tell us about yourself.
I got my start writing for television as an assistant on the show Black-ish, then as a staff writer on a couple small internet projects and working freelance, selling jokes to shows like Billy on the Street. But all the while, I was playing video games.

When I saw an opportunity to work in games, I took my shot, and now, here I am! Coming up on my third anniversary at Gameloft. Working in games is a true passion of mine, and I’m excited to take on more roles as I progress in my career. 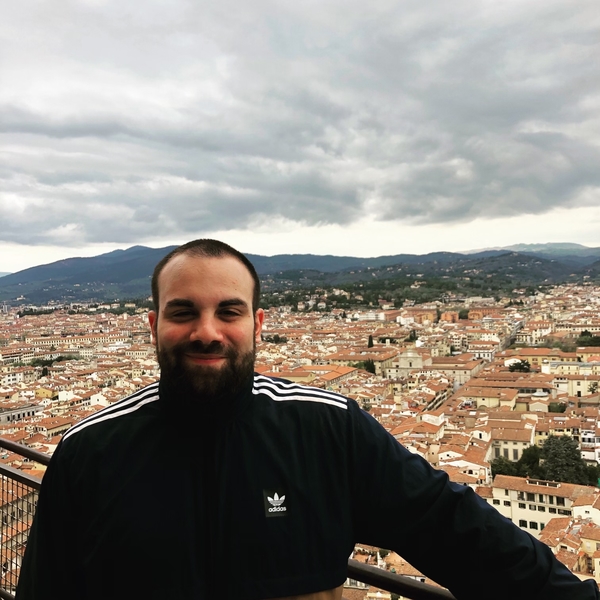 What is your role and what do you like most about your job?
Currently, I am a narrative designer at Gameloft. I love working with the teams and forming a bond over the course of a game.

I’m also a big fan of pushing yourself to do more and learn whatever you can from a project or person. It’s this attitude that led me down the path of procedural narrative in the last game I worked on, and it was an exciting journey that I will remember fondly.

What are some of your most memorable moments at Gameloft?
I work out of the NYC office, and in America we have a game for children called kickball. After watching the World Cup together at the office, a few coworkers and I rallied the rest of the office to join a corporate kickball league.

It was a great experience that involved a coworker and I becoming co-captains, planning out our lineups on a whiteboard and Excel sheets, putting temporary neck tattoos on myself for each of our wins (went up to 5), and culminating in us winning the championship. Truly the most fun I’ve ever had at work.

That’s my objective tidbit. My subjective tidbit is to learn rule sets, especially for narrative-driven tabletop games. A lot of rule sets. For instance, why does D&D approach the game with different dice than most GURPS systems and how does that effect the narrative experience? And then when you think you can answer your own questions, don’t just answer it – but put it into action! Run a game as a GM with friends! Or even run a game for yourself! And ask yourself during each playthrough, what moments did you cherish, what was a slog, and how did the rules and the design play a role?

We have multiple positions available in our studios around the world, and you can find all of them here! Stay tuned next week for another edition of Humans Behind the Game!