Antoine Cabrol, Lead Game Designer, has been with us for over 11 years!

Throughout his career, he’s worked on multiple games and platforms, and now he’s applying his years of expertise on a new cross-platform project!

Find out more about life as a lead game designer and some of the challenges of developing games with multiple platforms in mind below!

Hi, Antoine! Tell us about yourself.
I’m the lead game designer on an unannounced cross-platform project at Gameloft Barcelona.

I’ve been at Gameloft for 11 years. I started here as a game designer, but before that, I worked in video game production and quality assurance in three different countries.

I’ve worked on various projects at Gameloft, both released and unreleased, including Green Farm, The Adventures of Tintin, Asphalt 8: Airborne, Asphalt Xtreme, and Asphalt 9: Legends.

I like video games in general, but I don’t remain on one platform or game for long and keep switching to explore different horizons. Lately I’ve gotten into FromSoftware’s Souls series.

I sometimes play board games and card games, but not as often as I’d like. Other than games, I also like going out with friends for food and drinks, swimming, and hiking. 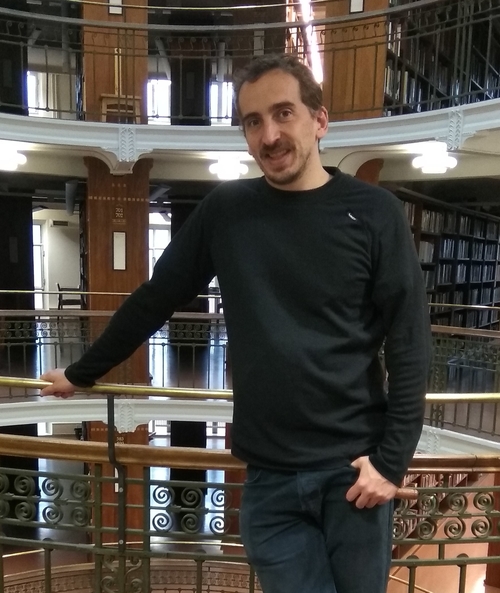 What is your role, and what do you enjoy most about your job?
As a lead game designer, my role is to coordinate the design team in their effort to document and implement the game mechanics and content. This ranges from the action phase and menus to the economic aspects of the game. I also ensure good communication between the designers and the other teams working on the project.

Although we've worked on different platforms (iOS, Android, Windows) for mobile games in the past, my development team and I are encountering new challenges when developing with consoles and PCs in mind.

Some of the new things we have to think about are: creating controls and game mechanics to fit all the different input methods, creating a multiplayer system where players on different platforms will be able to play on an equal footing, creating a user interface that works on a wide range of screen sizes, and meeting the technical requirements for the menu navigation and social aspects on each platform.

Reading the reviews and comments of the players and finally seeing the mechanics and systems that we toiled on being experienced by so many people are their own reward. I’m very proud that the games I’ve worked on have been played by so many people. 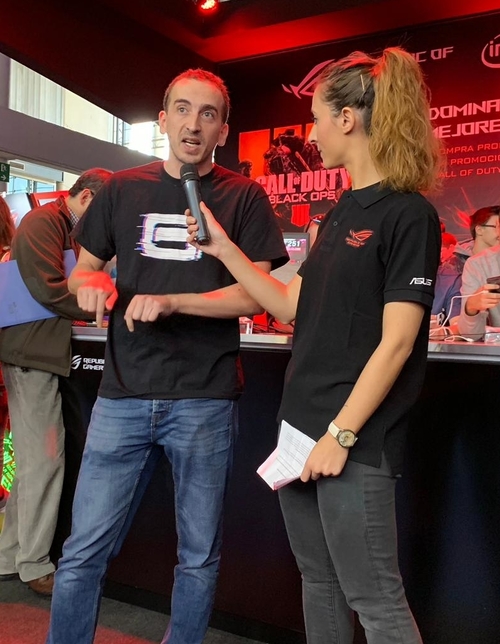 Antoine at the 2019 Barcelona Games World

What advice do you have for people who wants to work in gaming in a similar role?
Game design is a broad field where you can always make your strengths shine.

Balancing giant tables of numbers, creating elegant flows and mock-ups for user interfaces, creating content, like levels and puzzles, and working on the systems of the game… all these elements require different aptitudes and talents.

The key for all designers lies in being able to communicate what you want to do to your colleagues. Producers, artists, testers, coders, and other designers on your team always have valuable feedback and you must always be ready to change what you thought you wanted to do to have everyone on board and create the best games.

We’re currently looking for a designer for our new cross-platform game to work on the game systems, get the code and art running smoothly in-game, and adjust the parameters of the action phase to make it more fun to play.

It’s the ideal job for someone who enjoys getting players in the zone!

Join Antoine and become our next senior game designer today! You can also find all our job opportunities in our studios around the world here! Stay tuned for another edition of Humans Behind the Game!