Girls Who Slay the Game

Svitlana Dyacheko started playing games at a young age and studied IT in university to work in the gaming industry. After she graduated, there weren’t a lot of game studios in the Ukraine, so she went down a different path.

But one day, she remembered her love for video games and her previous goal of working in the gaming industry, which spurred her to make a change. Now, Svitlana works at Gameloft Lviv as a quality assurance tester and studies game design on the side!

Read on to find out more about what QA testers do and how they do it, what she considers good games, and how she would like to see games used in the future!

What is your role at Gameloft?
I’m a QA tester at Gameloft Lviv. I make sure the products I test have no flaws that would impact the overall gaming experience for users and meet all the technical and legal requirements.

In simpler terms, I make sure the game will not crash on launch or anywhere else, players receive the proper rewards for completing tasks, there are no sound or graphic issues in the game, and so on.

We usually get a version of the game or “build” from the game developers, and each tester receives their segment of the game they have to test by the team lead. Using the documentation, test cases, and various tools, we make sure everything works as it should in this segment of the game. If everything's fine, we move forward and test the next segment.

If we find a problem, we investigate it to find out where exactly it occurs and under what conditions. Afterwards, we add this “bug” to the database, letting the game developers know the flaws in this game’s version. 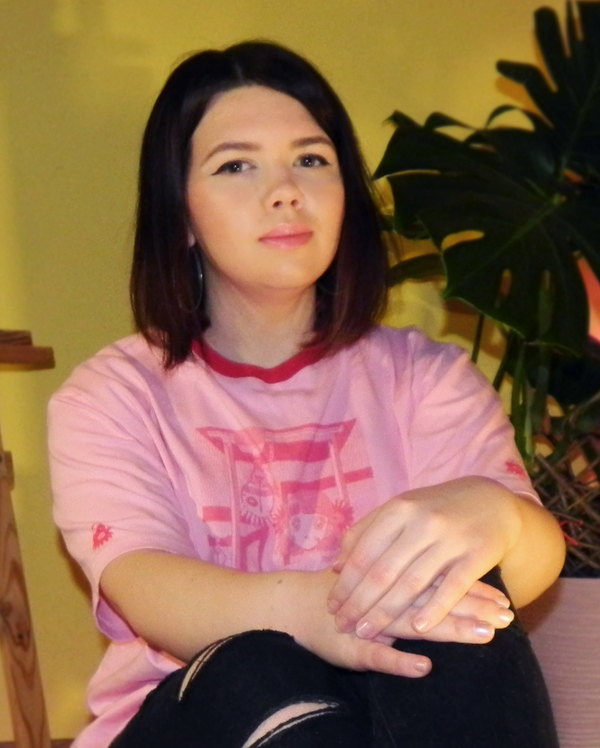 Then we started to buy CDs with more complex and entertaining adventure games, like Myst III or Syberia. My mother used to play these games with me and my older brother in the evening, so it was our “bedtime story for teenagers”. My mother would sit at the computer and play the game while my brother and I watched and helped her to solve the puzzles. I guess these were my first "Let's Plays"!

Later, I started playing games by myself. First educational games for children, then games like Barbie: Horse Adventures or The Sims. Thanks to the fact that I had an older brother, we also had various shooters, strategies, war games and other genres at home so I could see all the different types of video games.

I saw each of them as a real miracle of technology, a small wonderful world that I wanted to dive into over and over again.

How did you come to first work in the gaming industry?
When I was in high school, I learned I could not only play, but also create games myself and became really passionate about this idea. So, I decided to study IT in university.

During my time at university, I started doing graphic design for a student organization and ended up working in this field after graduation. To be honest, I was kind of scared of job in IT. I was a fresh graduate with no work experience, so becoming a graphic designer was easier because I was confident that I could handle it.

But one day I realized I no longer wanted to do this and remembered my past passion for games and felt a strong need to work in gaming industry. I set the goal to become a game designer and decided to start my career path as a game tester.

That’s how I got to my first job in the gaming industry - as a QA tester at Gameloft. I’ve been working here as a tester for a year and a half, and I’ve started studying game design few months ago. I’m really happy with my decision! 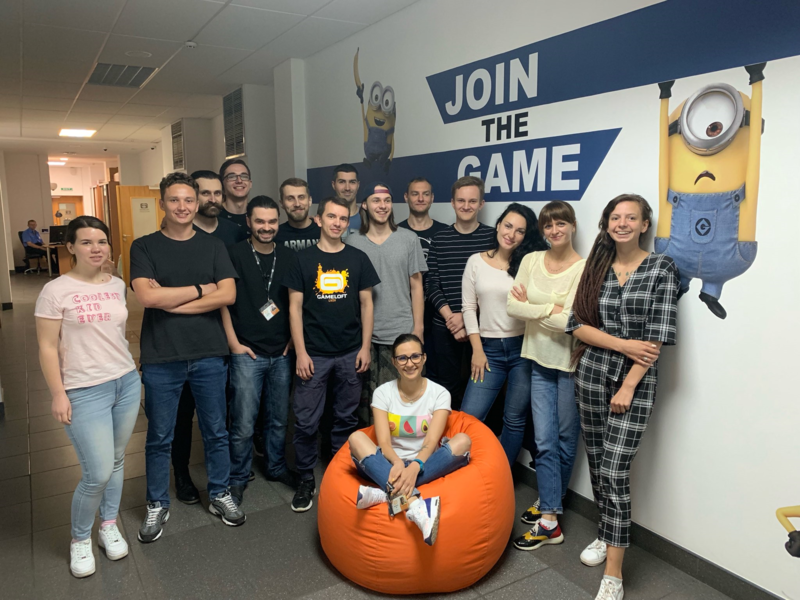 Svitlana and her team at the Lviv studio.

Who is one of your role models, and how have they helped you in your career?
Right now, Will Wright is one of my role models in the gaming industry. He was the game designer of The Sims and Spore, which were my favorite games as a child.

I consider them masterpieces because they’re unique and very different from everything that came out at that time. Every detail is thought out in these games, and you can feel that every single one of them is filled with love from the developers.

These games sparked my interest in video games, and Will Wright’s interviews and lectures inspired me to try my hand at game design.

The most difficult thing for me was to overcome my own fear that women aren’t welcome in the IT industry and that I would be treated differently from male workers, which isn’t true anymore.

I believe I’m incredibly lucky to live in a pretty progressive country at the best time in history for women so far. The feminist movement have given me the opportunity to study and work in any field I choose.

What do you love about your job today?
Any game tester will tell you that being a tester is not equal to playing games all the time. But playing games is a pretty big part of a tester's job, and I love it!

Also, I really enjoy finding specific, hard-to-reproduce bugs, and the process of adding new bugs to the database. It’s difficult to explain, but just imagine a hidden object game, where new objects may randomly appear or disappear. And you’re getting paid for all the objects you find! 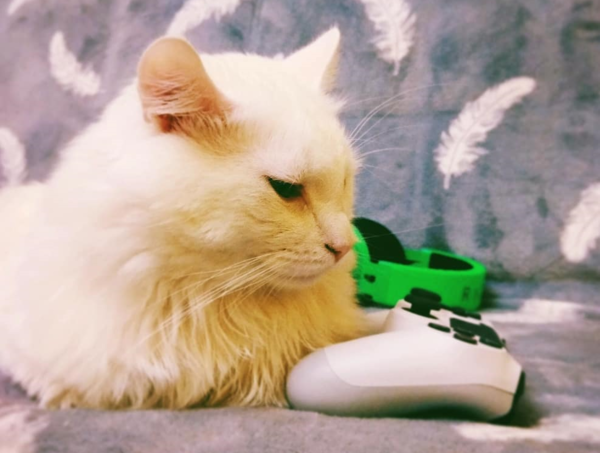 What kind of changes would you like to see in the industry and beyond?
I wish people would focus on using the full potential of such a unique phenomenon as games. They can be used as a simulation of any possible or impossible experience a person can have.

I believe that games could be used as a tool to teach people various skills, develop logic and imagination, and to give them the opportunity to empirically form ideas about morality.

I think good games help us better understand ourselves and the world around us, develop dexterity, confidence and ingenuity, and become the best versions of ourselves.

I’m sure we can use games as part of educational programs or mental health care projects. Some of them are already used to train astronauts or to help veterans in overcoming PTSD symptoms. But it’s not just about how I want games to be used, it’s also about the initial intentions of developers that I wish were different.

They’re a miracle of technology and human imagination. They can entertain you when you’re bored and distract you from problems. They give you an opportunity to be whoever you want to be, to visit incredible places and meet fantastic creatures without leaving your house, to experience adventures together with people from all over the world. Thanks to games, you can also practice essential skills and learn something new.

What do you love about video games in one word?
Participation. I like that in games, unlike films, you can not only observe the development of the plot, but also be a direct participant and influence the course of events.

If the thought of hunting virtual bugs appeals to you like Svitlana, make sure you check out all our job opportunities in our studios around the world here! Stay tuned tomorrow for another edition of Girls Who Slay the Game!