Magical Girl is a new Champion with a community voice

Dungeon Hunter Champions has a new character with a special voice. The spell wielding, Magical Girl, is now available to join your roster. But, more importantly, this Champion is voiced by XenaStar - an incredible content creator with a love for Gameloft’s latest installment in its fantasy action franchise. It was when the DHC team saw her passion that they realized that she would be a perfect addition to the game. 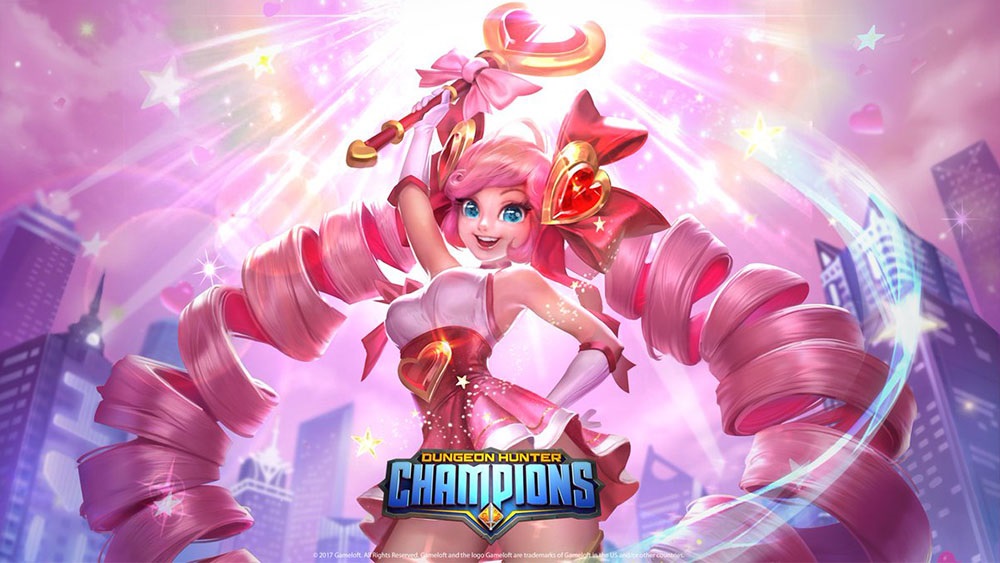 The talented and enthusiastic streamer, XenaStar, instantly fell in love with Dungeon Hunter Champions. She has been playing and streaming it since the game launched back in May. You can follow her journey with the game on both her Twitch and YouTube channels.

Her joy when streaming, and commitment to Dungeon Hunter Champions, was impossible for the team to ignore. So, when it came time to create the new Champion, Magical Girl, the team invited XenaStar to become her voice.

You can follow her visit to Gameloft's Montreal Studio in this Dungeon Hunter Champions’ video. See how she created a magical voice for this Magical Girl!

It’s a kind of magic

Magical Girl is a bright and happy Champion to add to your roster. Her magic wand allows her to attacks safely from a distance, flinging balls of magic and, every five seconds, performing a more powerful attack that causes damage over time.

Using her wand, Magical Girl can also make use of a Ribbon Volley attack. This fires out three ribbons in a straight line, each of which slows any foes it hits. Hit an opponent with every blast from a volley and you stun them completely!

As a self-proclaimed “Heart Guardian”, Magical Girl is always willing to help. With her Magical Circle ability, she is able to create an area that heals all friendly Champions in its radius and briefly increases their defense.

Her final ability is the Queen of Hearts. This casts a protective blessing that defends all allies from incoming damage for a limited time. Once the time is up on this shield, it reflects all the damage it received back at the foe.

Start playing Dungeon Hunter Champions, and play as Magical Girl, today on iOS, Android, and Windows. And remember to join the DHC community on Facebook, Twitter, YouTube, and Instagram - maybe you could become the voice of the next Champion.