Friends from the Multiverse

The never-ending action raging before our very eyes may seem to divide us in the midst of a battle, but the pixels filled with competition and glory often also bring us together. The hours spent fighting through dungeons and defeating epic bosses have more prizes than all the loot.

Defending the Multiverse together also leads to friendships as we get to know each another. As a part of the Valentine's celebration we asked everyone what their best stories of friendships in gaming and we would like to now flip that around and share some of the most amazing friendships we have seen blossom in Dungeon Hunter Champions. 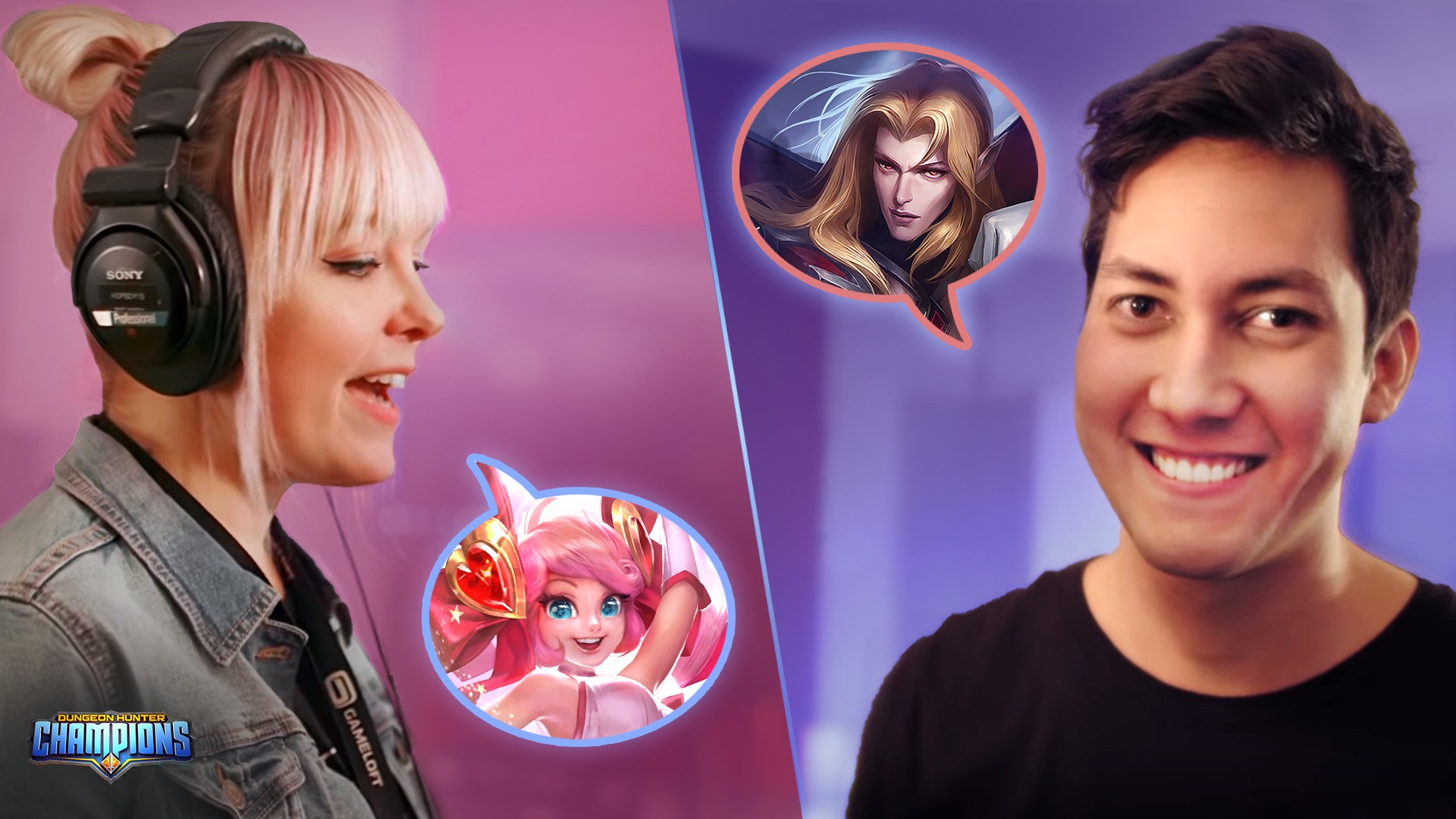 From Big Names to Best Friends

The first friendship we want to share is between XenaStar and Claytano, two big names in the community. They have shown their appreciation for Dungeon Hunter Champions with countless streams and videos they’ve done. They really love the game and it really shows in how much they play.

That appreciation goes both ways and two creators have been added to the game with XenaStar voicing Magical Girl and Claytano voicing the Vampire!

The two players’ friendship started from a shared love of Dungeon Hunter Champions. Xena even began streaming after first watching Claytano play the game. During the recent trip to Japan, the two had a chance to meet face to face for the first time since Twitchcon. It was an amazing way to see their friendship evolve from Xena watching Claytano’s DHC streams to becoming friends and meeting up IRL.

Their role in the community as a constant source of entertainment is equally matched by their inspiring friendship.

Follow XenaStar and Claytano and be sure to catch all their crazy hi-jinks both in Dungeon Hunter Champions and IRL!

Honor in Guilds and in Friendships!

When Team Basic held a meetup in Toronto, Xenastar and Ducksaucez shared some IRL fun after battling in the Eternal Contest for hours and hours. The guild turned their online adventures into offline friendships with a weekend of fun in Canada!

From Gameloft with Love

Gameloft Gabby herself has also made a lot of friends while interacting with the community! She enjoys talking with players all over the world and she regularly pops into DHC streams to catch amazing gameplay from players like Dank, Ginger, Rising, and Cpt_bear_glove.

She truly loves Dungeon Hunter Champions and is just as excited as anyone else every time a new update or event rolls out!

In the spirit of positivity and sharing friendships, many DHC players also took the time to give their in-game friends a shout out. Seeing so many players shouting out their in-game buddies was an amazing showcase of the positive power of gaming.

The player behind the screen may be hidden from view, but after spending time having fun together it's impossible not to understand how cool we all really are.