Dungeon Hunter Champions in One Minute

Gameloft's Dungeon Hunter series has been enjoyed by players around the globe. Its newest installment, Dungeon Hunter Champions, retains the same fluid RPG action, but also offers an exciting twist. you must build your own team of Champions. You can then switch between the members of your squad on the fly as you journey through the stunning single-player story and thrilling PvP modes. Discover all this and more in our one minute gameplay video!

Dungeon Hunter Champions is Gameloft’s online Action-RPG that tests your skills to the limit.

To fight your way through this fantasy epic you must first build your team of Champions. There are 100s of these heroes, and only by learning their strengths, weaknesses, class, and elemental affinities will you discover which suit your play-style.

Beginning with Rogrim the Bounty Hunter, you quickly add Boon Sister to your roster. But, your bench soon expands as you encounter more Champions throughout the Story Mode and by randomly summoning them.

The campaign sends you through gorgeous environments. Switch between your squad of Champions at will as you battle towering bosses. By defeating these challenges you can power up your Champion.

You can also increase the strength of your team in Adventure Mode.

Battle other players in PVP

Plus, there are loads of other modes. Arena has you take on players’ pre-built rosters in a 4v4 crucible. Challengers Mode offers a similar, 4v4 challenge against Bots, with increasingly powerful AI teams. 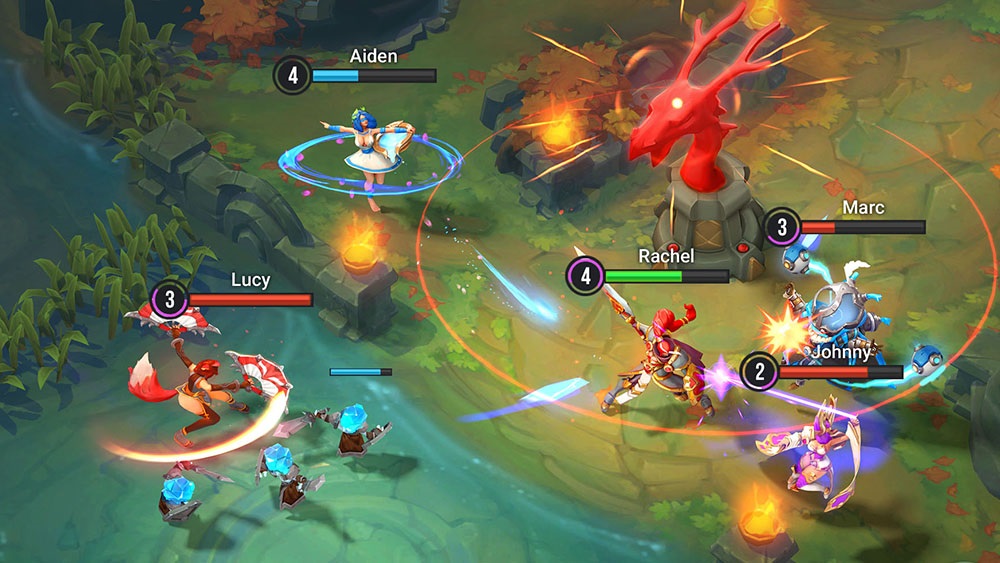 But, for true PVP action, jump into the real-time 5v5 multiplayer. Here take control of a single Champion and fight alongside four others to take out your opponents’ base.

Summon your heroes, and start your journey into Dungeon Hunter Champions.