Dungeon Hunter 5 Takes a Trip to the Symphony!

Dungeon Hunter 5 is now a symphonic event so take a seat and get ready to rock out classical style! Our composers took the original music from the game and created a new score designed for a giant orchestra on a big stage, ready to fill the room with video game magic. 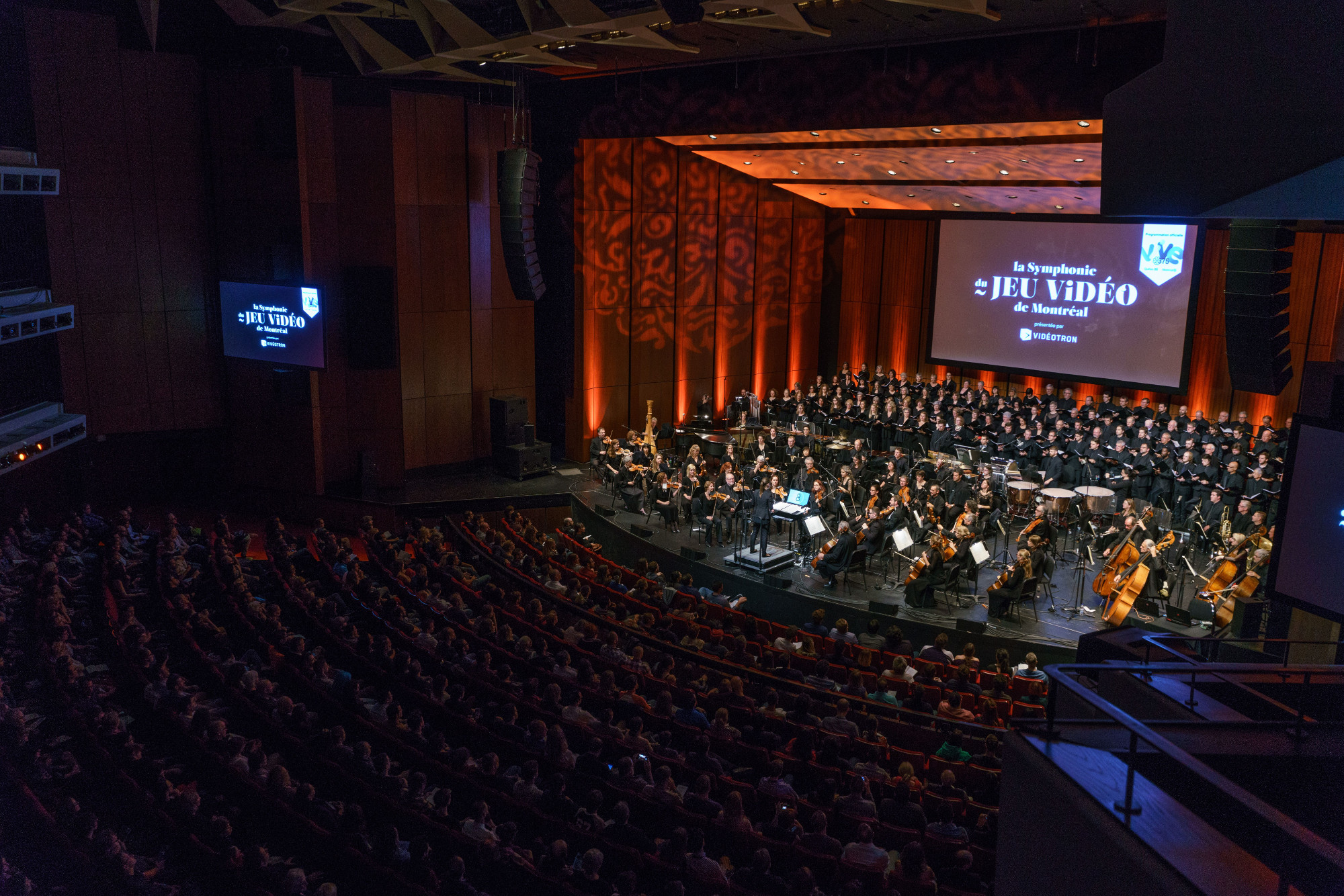 Music for a Symphony

The score was created for events that combine the power of a symphonic orchestra with the immersive world of video games. We’re talking about full orchestras with 80 instrumentalists and a 120 member choirs and scenes from the game projecting on a giant screen. It’s a new way to appreciate games and their music!

The piece has already been performed 3 times:

After a night filled with well-known video game music at the most recent event in November, Dungeon Hunter 5 had the honor to close the show!

Just imagine sitting in an amphitheater and watching Dungeon Hunter 5 on the silver screen with an orchestral accompaniment unlike anything you’ve ever heard before. It’s a full show and gives any Dungeon Hunter fan a brand new way to experience one of their favorite games.

The composers looked to the action and magic that is Dungeon Hunter, using the images of intense battles and brave warriors to paint a sonic picture set in a fantasy world. Their goal was to find a way to reflect the key elements of the game in new music.

“We wanted the piece to have a narrative framework and be able to tell a story.”

During production, inspiration flowed freely from the game to the music. In that creative storm of composition, the score ended up being fully created before the other elements of the show were finished. However, that ended up benefiting the musical story. The music tells its own fantastic story and the notes of the score form a cohesive unit outside of any visual imagery.

The visual aspect of the concert was never ignored though. The composers worked closely with the video and game teams to create something that properly respects the aesthetics of Dungeon Hunter 5.

That attention to detail paid off and we now have an event unlike anything else in Dungeon Hunter history. 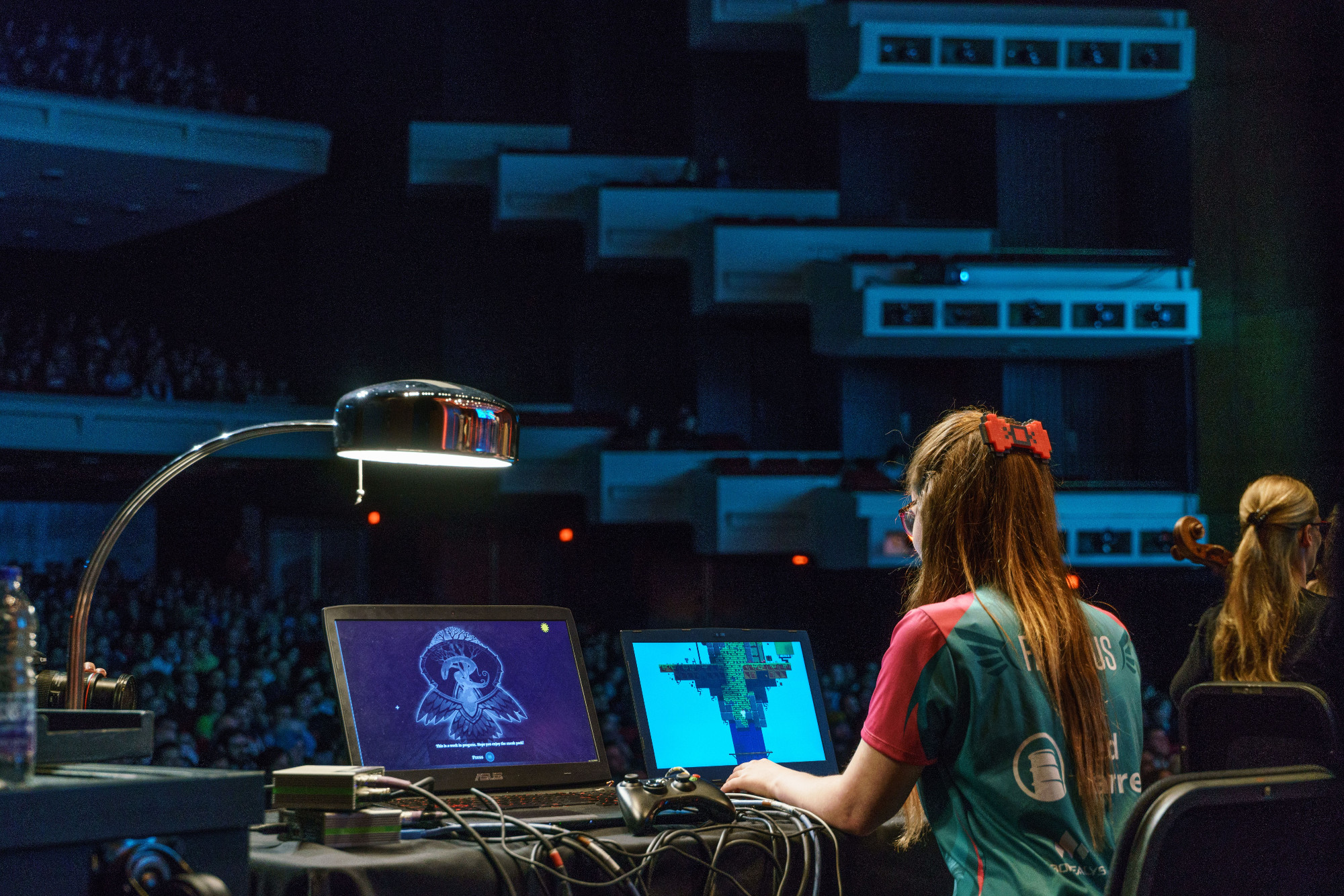 Adapting the original soundtrack was a big part of the production process. In Dungeon Hunter 5, the original soundtrack is over 90 minutes long and the score calls for a varied and hybrid sound palette. That means the music uses instruments and styles that are outside the range of a traditional orchestra. That’s all without mentioning the layer of special effects that players normally hear while playing the game!

So the challenge for the composers was taking the 90+ minutes of soundtrack, all the sound effects, and all the visual imagery from the game and then creating a new 4-5 minute track that could be played by a traditional orchestra. Sounds easy, doesn’t it?

“It was important for us to do the orchestration ourselves, to be sure to get the colors we imagined.”

Luckily, the team had a vivid idea in their mind. Images and sounds from the game influenced the musical notes while the composers worked hard to create exactly the audio narrative they wanted. They chose to create a piece of music with four movements in contrasting characters (a very common form in the world of classical music) to reflect the different environments of the game.

In the end, taking Dungeon Hunter 5 to the orchestra was fun for everyone involved.

Epic Sound for an Epic Game

Dungeon Hunter 5’s music was an easy choice for the event. The piece had to be based on a game developed in Montréal, the city where the first event took place, and what’s better for a massive orchestra than a game all about being heroic and grandiose?

Building on that epic nature of the game really paid off when it came time to close the show. Dungeon Hunter 5 shook the whole building with its powerful sound of battles and magic taking the stage.

Experiencing video games in real life is incredibly cool. It’s a step beyond VR with the music coming alive in front of your very eyes and echoing throughout the chamber hall.

"For the entire team that worked on the creation of the game, it was an extremely exciting experience to hear Dungeon Hunter 5's music come to life in such a large scale performance.”

The concert had everyone entranced by the world of Dungeon Hunter 5, just as they would be while actually playing the game. It created a group party, not only to gain more experience, but also to celebrate gaming and music in a wonderful way.

There are plans for more concerts so keep your eyes open and your ears sharp if you want to hear the Dungeon Hunter 5 music performed live by a symphonic orchestra!

In the meantime, be sure to join the fun and download Dungeon Hunter 5!