World of Gameloft Cup: March of Empires vs Dungeon Hunter 5

It's time for the second, fan-voted, World of Gameloft Cup quarter-final. This will decide who squares off against yesterday's winner... who I do not know at the time of writing (you can check out yesterday's winner here). March of Empires and Dungeon Hunter 5 are today's, very different, titles. It is going to be interesting to see which game's fans earn it the win!

March of Empires is Gameloft's medieval strategy game. Join a realm and become a King, Sultan, or Tsar in command of your own city. Build facilities, create an army, and forge alliances with other players in the region to seal your dominance. The passionate community that surrounds this title could easily give it the edge in the World of Gameloft Cup - so this is one to watch.

Become a bounty hunter in the fantasy land of Valenthia in Dungeon Hunter 5. This action RPG sends you on an incredible journey through the shattered realms. Build your strength either through the vast single-player story or by battling other player's bounty hunters and bases in multiplayer. As one of Gameloft's most popular series, can its fans carry it to the semi-finals?

And on their way to the semi-final is... 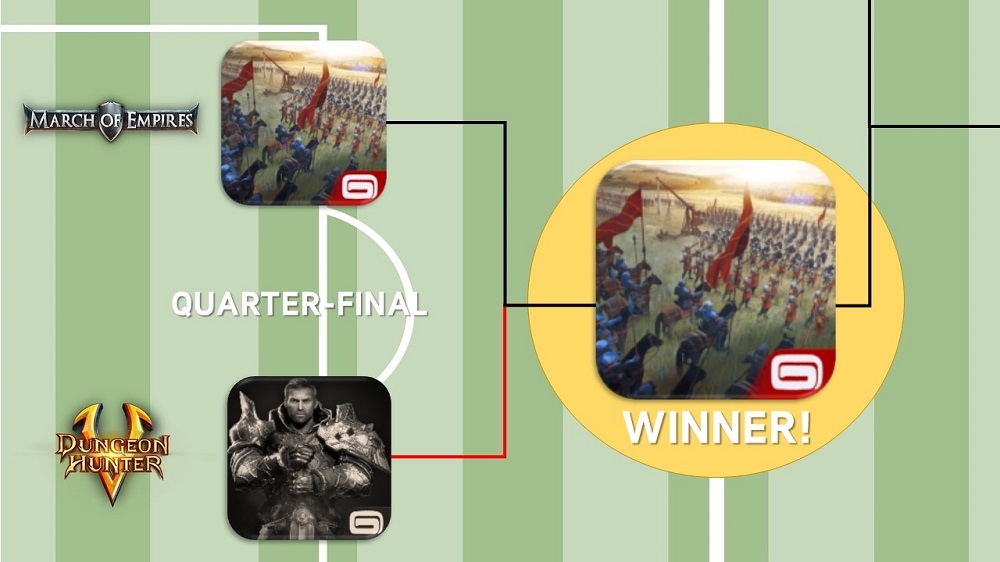 Ensure that your game secures the win by spreading the word across your favorite game's social media. Here are links to each game's channels, in case you don't know them:

Come back on July 2nd to discover which game wins this matchup. Plus, vote on the next round of the competition. This is going to see Modern Combat Versus kick off against Gangstar Vegas in a battle of action RPGs.