The World of Gameloft Cup quarter-finals begins today with a matchup between two incredible games, Dungeon Hunter Champions and Iron Blade. These two action games are filled with swords and magic, so you can expect this clash to be historic as they go head to head for their chance to compete in the first of the semi-finals on July 5th.

Fans of each title now have 48 hours to vote for their favorite game in the poll below. Join forces with your game's community to bring home the gold.

First up in the quarter-finals is Dungeon Hunter Champions. The latest installment in Gameloft's iconic action RPG has you building a squad of incredible Champions to lead into battle in a fantastic fantasy world. With a vast single-player, competitive multiplayer, smooth action, and stylish visuals, this game has a lot of promise. Can its fans take it all the way to the final?

Iron Blade takes you on a journey through Europe as the Templar Knight, Damian. Travel from Romania to Scotland as you fight to take down demonic forces intent on world domination. Equip yourself with the best armor and weapons to push back this evil in this fast-paced combat game. This title is now a year old, so it has some experience – let’s see if that can make the difference as it tries for the cup.

We have our winner! 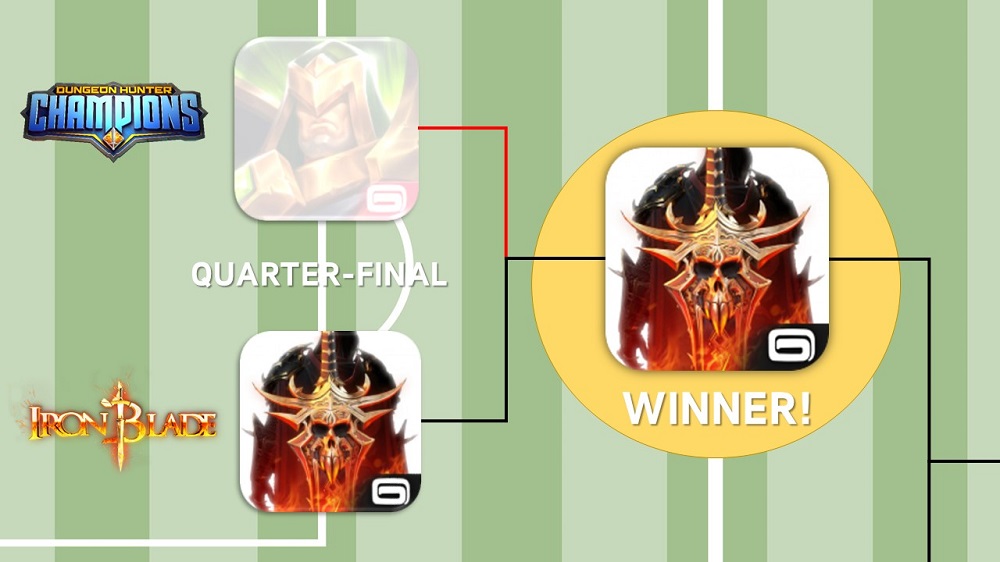 Iron Blade goes on to the next round!

Fans of each game, vote now! Plus, spread the word with your fellow fans. To help, below we have a full list of each game's social channels - get to sharing!

Be sure to check back here on June 30th to discover which game is heading to the semi-finals! Plus, then, the second quarter-final match is going to be running! So, if you are a fan of March of Empires or Dungeon Hunter 5 it will be time to vote again. To see the full match list, check out our World of Gameloft Cup schedule.