Much like Asphalt: Urban GT 2, Asphalt 3: Street Rules (released in 2006) served as an evolution and not a revolution, even if the title made interesting changes and additions to the series.

Looking back at the history of the Asphalt franchise in context, Asphalt 3: Street Rules did one important thing: It brought Asphalt back to its roots, and dropped the “Urban GT” subtitle to signify this. 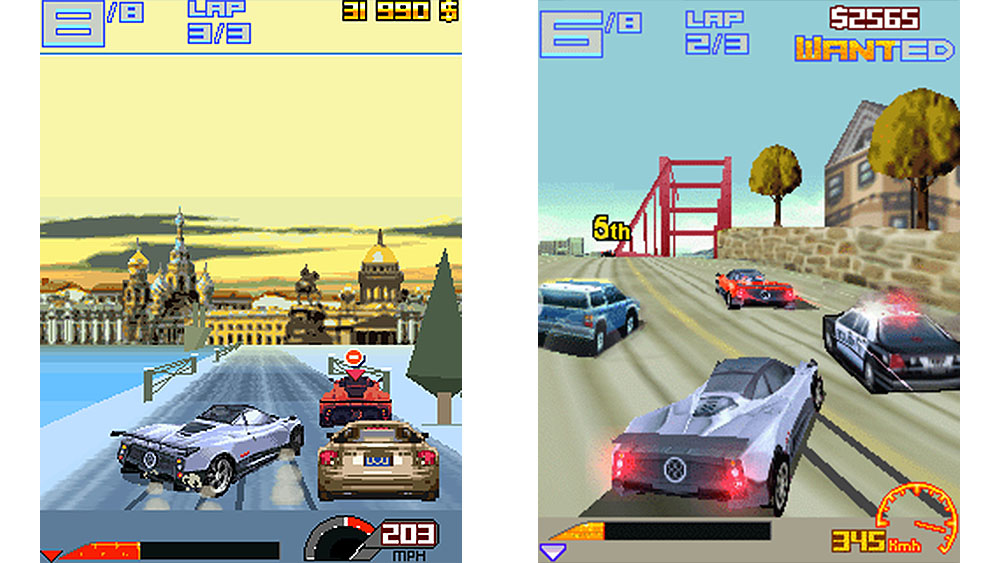 This move freed the franchise to begin tagging each game with their own, more descriptive moniker. Now, a tone could be set before the player ever even downloaded the game. And this was something Street Rules took full advantage of.

Asphalt 3: Street Rules continued to move the series deeper underground in the exhilarating world of street racing. Looking to provide an even more spectacular racing experience, the team wanted to make use of the most cutting-edge technology 2006 had to offer.

The 3D version of the game was especially designed to embrace this ethos. To take full advantage of the additional dimension, the team implemented a dynamic camera. With tracks and cars no longer flat, the view could easily pivot and pan to create more exciting racing.

Apart from creating involving tracks at a variety of elevations, Asphalt 3: Street Rules 3D’s most notable use of this was after a player’s high-speed shenanigans attracted the attention of a TV helicopter. When this happened the camera would pull out to give a few moments of action that were controlled from the chopper’s perspective. This gave a completely different, more cinematic feel to the action. 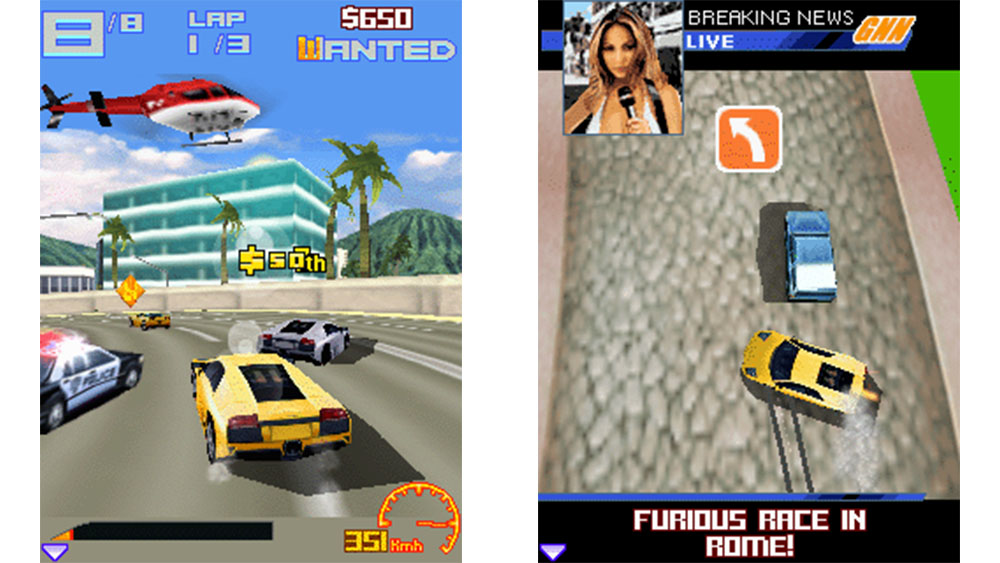 Of course, this new perspective added challenges. The details of every track and car had to be much sharper to hold up to the greater scrutiny players would have from multiple perspectives. Fourteen years later, it can be hard to fully appreciate how successful the game was at this, but by 2006 standards it looked stunning on phones.

Outside of the visual flair, the 2D version of the game was very close to the 3D version in terms of features. The team did not want to compromise on their vision anywhere they didn't have to.

Both versions of Asphalt 3 featured fourteen tracks, located in seven iconic locations around the planet. Racers would take to the streets of Honolulu, San Francisco, St. Petersburg, Las Vegas, Rome, Bombay, and Tokyo, in their globetrotting journey.

But, if this didn't offer enough variety, the third instalment of Asphalt also had five different game modes designed to maximize the game’s lifespan. The first of these modes was a standard Race, where players try to reach the finish line first in a traditional contest. Similarly, the Duel mode just wanted you to cross the finish line first – only this time against a single opponent.

Where things started to heat-up was in the Cop Chase mode. Here players had to hop behind the wheel of a police cruiser and try to chase down the leader of the illegal street-races. Beat’em All mode mixed racing with a destruction derby, where the aim was to wipe out the competition. But, the big addition to Asphalt 3: Street Rules was Cash Attack. The only way to emerge victorious in this mode was by performing over-the-top stunts and drifts to get the attention and adoration of fans.

As in previous Asphalt titles, players also had to contend with police. With improved AI, these feds were now more persistent than ever, using coordinated strategies - including roadblocks and areal tracking - to shut down races.

To assure our victory, we included twelve licensed speed machines - nine cars and three bikes - from ten of the world’s top manufacturers. Mastering every one of these high-octane vehicles was vital to Nitro through each city without collision. Once perfected, you could lean into corners on a Ducati or drift through vicious chicanes in a luxurious Lamborghini, without fear of scratching your paint job while chasing down the checkered flag. Winnings could then be used to buy a new ride or purchase some of the sixteen tune-up items to upgrade your current machine.

Another massive addition was that of NPCs. These characters were on hand to provide support to players as they climbed the ranks of Asphalt 3’s underground racing world. The first of these was Sandra, a mechanic who could improve your car’s performance. Similarly, both Julia and Michelle offered significant buffs, with more TV coverage and decreased police interest respectively. 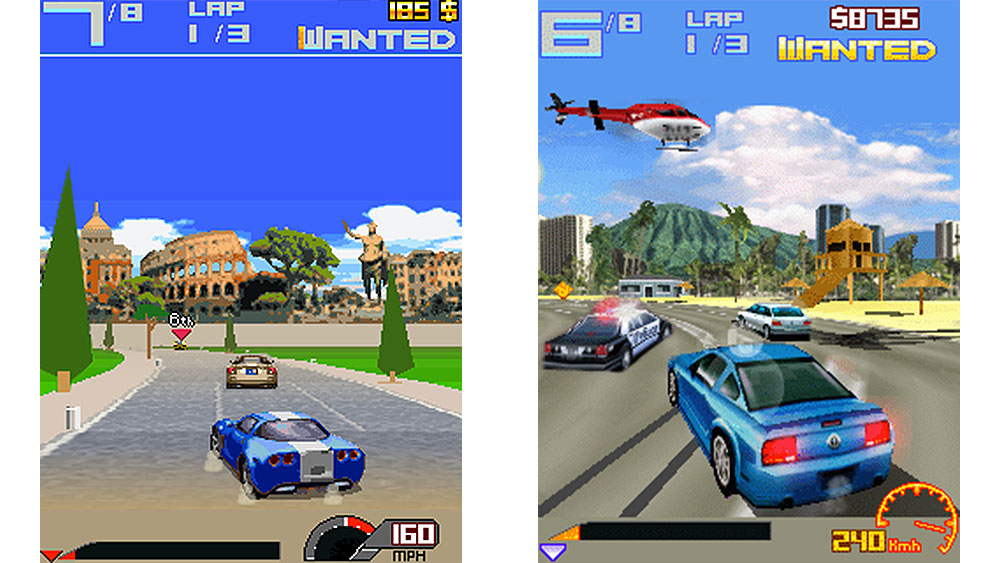 While Asphalt 3: Street Rules didn’t rewrite the book on the Asphalt series, it did take some important steps forward. And, while the advances were small, they were significant in the context of the franchise’s goal. After all, the Asphalt series’ aim was always to provide a console-quality racer on mobile, and Street Rules certainly came closest to this – both in terms of technology and feature parity.