Behind every Gameloft game there are teams of talented artists, programmers, game designers, and countless other creative professionals.

To get a closer look at one of those jobs, Damiano De Cataldo wants to invite everyone to take a seat at his desk in Barcelona for a look into what it’s like to be the lead 3D vehicles artist on Asphalt 9: Legends.

A typical day for Damiano starts a little outside the office. He takes in the salty air with a nice cup of coffee from one of the local cafés and lets thoughts of cars begin racing through his head.

Once in the office, it's time to get to work on the future of Asphalt. 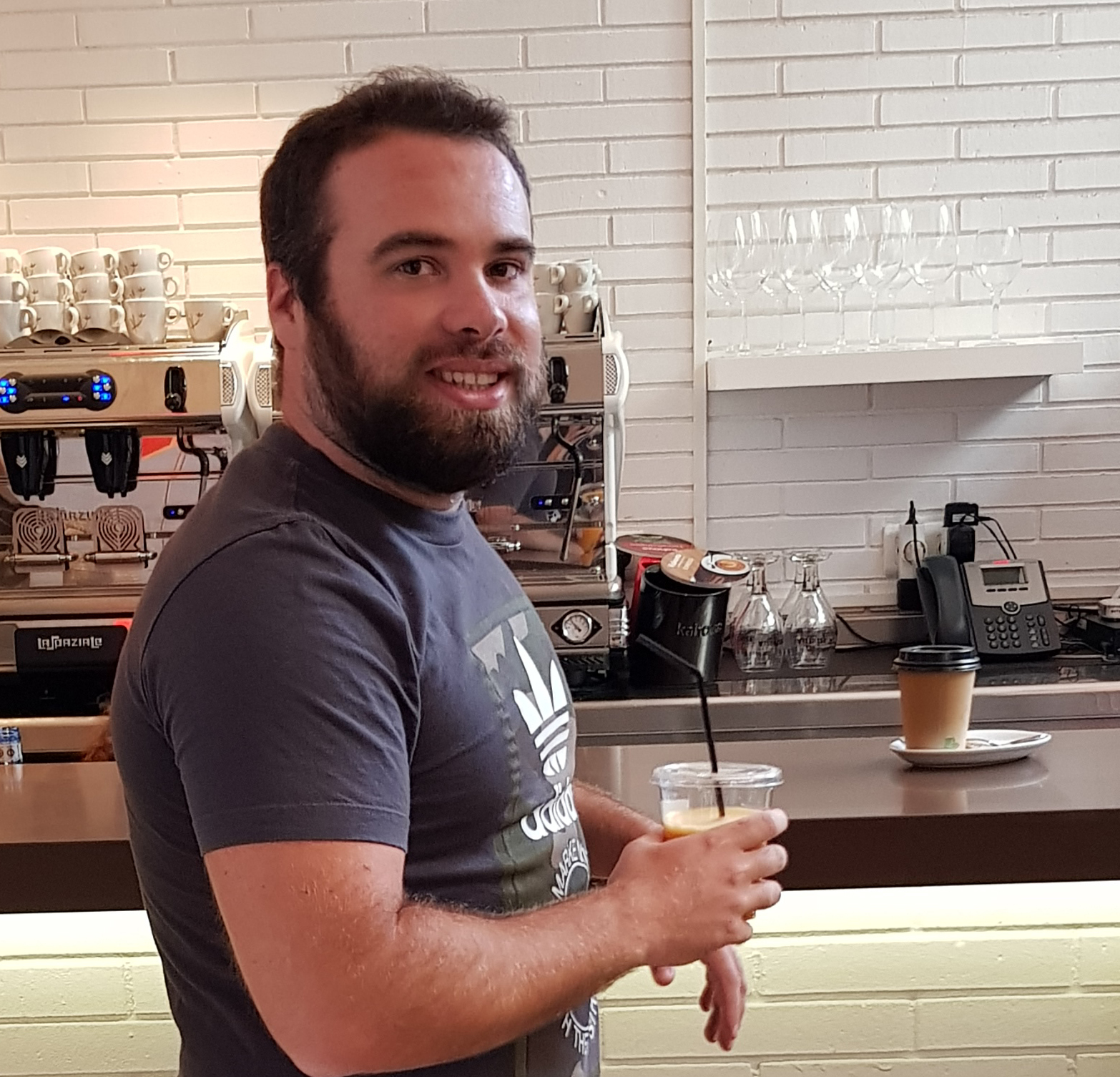 So what exactly does a 3D vehicle artist do?

For Damiano it usually means dealing with retopology, a common method of creating 3D models.

Before jumping into the details, the hard part is realizing that 3D models aren’t actually 3D. At the end of the day all our screens are flat and so the entire process works around how we can trick the human eye into seeing 3D objects on a flat surface.

It’s hard to understand so here’s a clearer example. Put your hand on the screen and try to grab this cube: 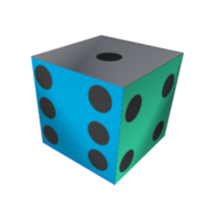 Even though you’re “grabbing” different sides of the cube, your fingers are flat on the screen!

Damiano’s job is to create that illusion for all of Asphalt 9: Legends cars and make it so believable no one ever questions it.

But before jumping into hypercars, let’s look at how exactly retopology was used to create that cube.

Everything starts with a dot. Well, more precisely by placing points* on a canvas. The points connect to form basic shapes called polygons. The polygons are then put together for a complete 3D model.

*These points are sometimes called vertices or verts as well

We’re not done yet though! The next step for a 3D artist like Damiano is to unwrap everything onto a 2D plane. Remember, screens are flat and 3D models always need to trick our eyes. To do that, he needs to first make things work in 2D.

The new flat 2D model is called a UV and is the secret sauce for believable 3D models. It’s a bit complicated, but the unfolded model makes it possible to paint colors, textures, and patterns that will then appear correctly in 3D.

There you have it! A completed 3D model using retopology!

The jump from a cube to a car is actually pretty simple. It’s just a matter of increasing the number of points and polygons then figuring out how to unfold the shapes in a smart way.

To make it easier to understand, modeling a car is the same process as a cube. Just imagine there are a lot of cubes of different sizes and shapes that all need points and unfolding. 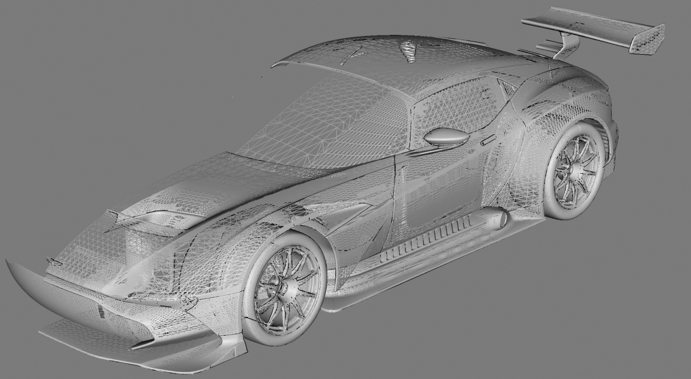 For Asphalt 9: Legends, Damiano and his team usually receive a high resolution model from the car manufacturer. That initial model is something like the mold for the entire retopology process that follows.

On any given day at the studio, Damiano and his team are placing points and tracing Polygons, resulting in the 3D models in Asphalt!

There’s a real art to staying true to the car’s original model while making it work in the game. The odd shapes of a car like - especially on out-of-this-world concept cars like the Terzo Millennio - also add to the difficulty of finding the best way to unfold and paint the model.

There’s really a lot of thought behind every little dot the team places.

The Art of Asphalt

The goal is to faithfully recreate cars in Asphalt. It’s a very artistic process that requires a good nose for aesthetics to find the perfect way to be both accurate and pleasing.

The 3D models define the car’s shape and is a big factor in how amazing the powerful machines look once they’re fully in the game. As the lead 3D vehicle artist, Damiano’s job is to decide how exactly every millimeter of every polygon will appear as it races down the track. An Asphalt 3D artist needs to have as deep and intimate knowledge of the shapes that make up a car as traditional painters have for the human body.

Like any other artist, Asphalt’s 3D artists need a good eye for detail. It’s all about picking out the shapes that can be put together to create a specific car, understanding how to build a car from its polygonal parts and how it will look from every angle.

Even if Damiano and his team have to work within the confines of the car’s design, they always make room for fun as well, especially if it’s April Fools. In general, the team never shies away from adding features that push their artistic abilities whether it’s a moving roof or interiors and drivers. 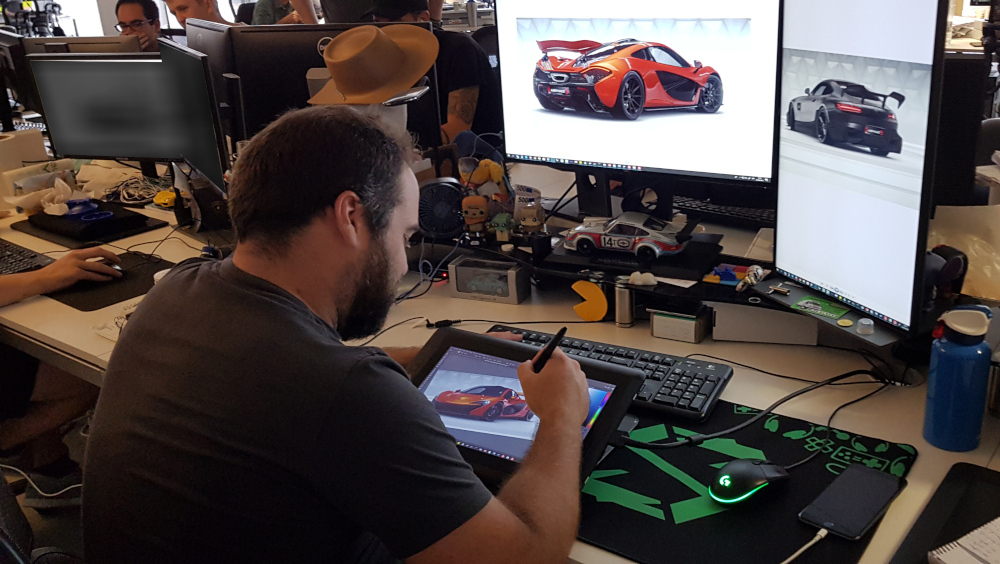 Outside of all the work in Asphalt, Damiano finds artistic inspiration in his everyday life. He really has a deep love for the beauty behind all cars in his personal life.

Asphalt 9: Legends lets Damiano intimately sculpt cars into reality. Each 3D model lights up his imagination in ways that make the whole process worth the effort. The excitement and energy that comes with creating art makes the full days at the office fly by in a few nitro boosts.

After a day spent placing verts, drawing polygons, and unfolding 3D models, Damiano makes his way home with dreams of more models racing through his head as he goes to bed.

As he slips into dreams of the latest hypercars, he’s also ready to wake up for another morning coffee outside the office.

If you enjoyed learning about Damiano’s work and what our 3D vehicle artists do every day, stay tuned for more A Day in the Life posts highlighting the talented people behind Gameloft Games!