Prepare for a dose of super-speedy arcade action with one of videogaming’s most iconic heroes, Sonic the Hedgehog. SEGA’s sassy Blue Blur is racing into view in Gameloft’s new endless runner Sonic Runners Adventure - a premium game exclusively for Android. So, pull on your power sneakers and prepare to hit unbelievable speeds!

Read about Sonic Runners Adventure in Spanish, Italian, and Portuguese.

A whirlwind of a game

This high-speed running platformer has you blitzing through four environments across 48 missions at a lightening pace as you visit unforgettable locations from Sonic games. These include Lava Mountain, Desert Ruins, and Sky Sanctuary. But, most important of all the stages is the Green Hill Zone - an area I can’t hear the name of without my foot starting to tap. 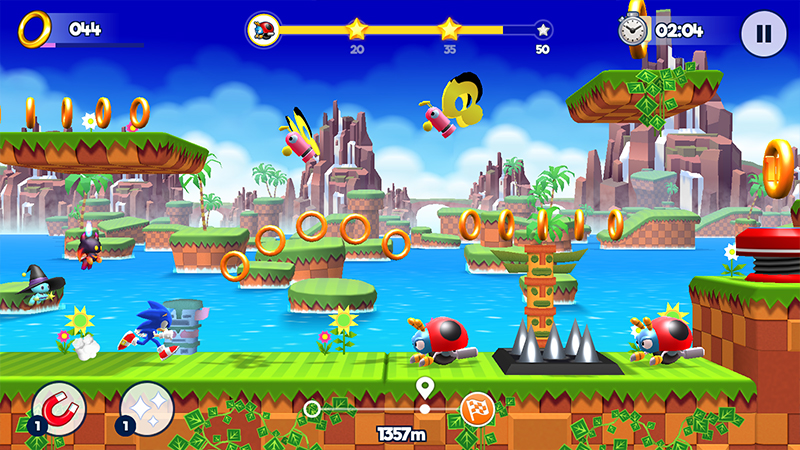 There is also a unique Bonus Mode environment that really lets you rack up those Rings.

Dash through each vibrant mission at top speed. Jump over obstacles, get blasted out of cannons, and spin attack anything that tries to stop you. Control all of this with instinctive taps of the screen as you automatically zoom forward.

Each of these varied environments have you take on the evil Dr. Eggman and his robotic minions. Battle characters like the hovering Nebula, the wasp like Buzzer, and the cute-but-deadly Moto Bug as you dash towards the end of each mission.

Finally, face down the rotund Dr. Eggman in his maniacal contraptions. Take on these devilish challenges and show this mastermind who the real boss is.

A cast of colorful characters

Sonic Runners Adventure features nine playable all-star characters who you can use to battle each mission. These characters are divided into three teams, and each team has one of three different character types. 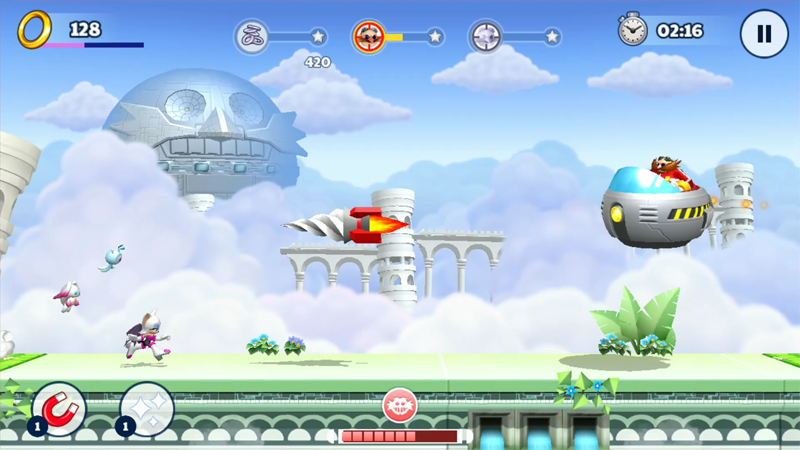 First there is the Hero Team. Featuring Sonic, Tails, and Knuckles, each character has their own ability depending on their type. Sonic, the Speed Type, can triple jump. While, as a power type, Knuckles has the ability to Power Dash. Finally Tails is a Fly Type and can… fly.

These ability types carry through every Team, and are complemented by the Team’s own skill. The Heroes are able to utilize invincibility and magnet powers. Choosing the Chaotix Team - which stars Espio, Charmy, and Vector - gains you 10x Rings. Rounding out the cast of characters is the Dark Team, which sees environments filled with golden enemies and offers you the choice of Shadow, Rouge, and Omega to play with. 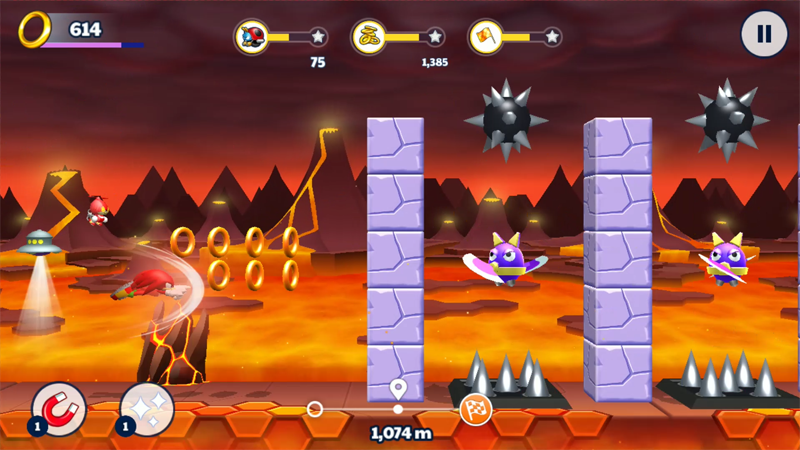 Play with your Buddies

If your character's type ability and team skills don’t cut it for you then you can also recruit Buddies to help your cause. These little mascots buzz around behind you, providing additional support.

For example, there is Dark Chao who can boost your score for destroying enemies and RC Tornado who recovers your rings when damaged. There are multiple types of these little pals on offer, so pick which matches your needs and get running!

To give you a final edge, you can also equip Booster Items. Starting with one, you can unlock up to three slots into which you can equip these useful items that offer Active or Passive benefits to you on your runs. 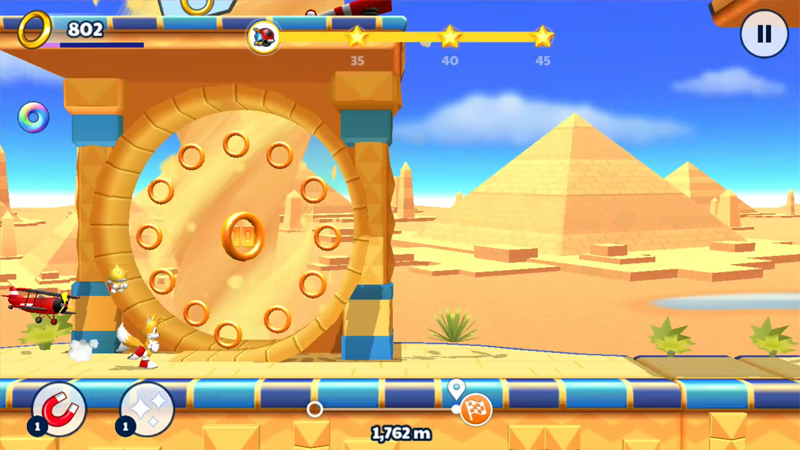 Active boosts must be manually activated, and include powers like invincibility. Their effect lasts only a limited time, though this time can vary depending on your character's level. On the other hand, Passive boosters' activate when you start a run - such as the Time Freeze, which extends your time in Time Mode.

Work out what mix of powers you want to play with, and begin your Sonic Runners Adventure. Rush over to the Gameloft Store and snap it up for Android right now. You had better be quick!