Season 2 of MC5 esports with the ESL

Mobile esports fans can rest easy, Gameloft has once again joined forces with the ESL to bring you Season 2 of the Modern Combat 5 Go4 Tournaments. Expect six months of fierce competition, as players fight for prizes in our award winning FPS.

That’s right, just like the last MC5 tournament, there are going to be prizes for the winners of the different brackets. On iOS these prizes are going to be cold hard cash, while on Android and Windows devices players can compete to earn in game rewards. 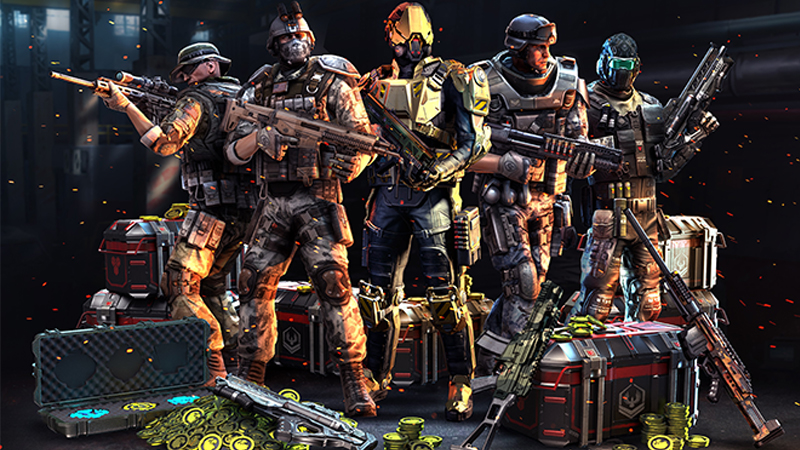 Every month on iOS there will be weekly cups and a monthly final. Weekly events carry a prize pool of €100/$100, while the final amasses the victors a pot of €500/$500. There are ESL Go4 cups for both Europe (the Go4MC5 Red Cup) and North America (the Go4MC5 Blue Cup), ensuring there is an event for you.

If you play on Android or Windows then you get the same event brackets. However, prizes here are in-game credits to help you upgrade your guns and armor. You also get to win unique skins for your weapons and suits to really increase your bragging rights.

These tournaments kicked off last week. But don’t worry if you missed it - this was just the first week in a six month season. To catch up on that Go4MC5 Red Cup match, check out this video:

To watch the next tournament live keep an eye on Modern Combat 5’s official platforms. Tune in to see the best MC5 action, along with prizes for lucky winners.

If you think you are up to the challenge, and are ready to PWN some peeps, then assemble your team of five. Then head over to the ESL site and register your team in the appropriate bracket. Remember that’s Blue for North America and Red for Europe.

Download Modern Combat 5: Blackout for free now on Android, iOS, and Windows. Be sure to stay tuned to MC5's Facebook, Twitter, and YouTube channels for all the latest game news and mobile esports updates.