Modern Combat Versus is Gameloft's multiplayer focused installment of its award winning FPS franchise. With the soft launch nearly here, we now have more details to share about this sensational shooter.

Update: MCVS is out Worldwide. Download it now for iOS, Android, or Windows.

MCVS soft launches with the Zone Control game mode. This 4v4 mode asks you to capture and control a fixed point on the map. Control the point for the longest, and your team wins.

In this post we looks at MCVS maps and gameplay, head over here for more on the story and Agents.

Before entering a match, you must build your squad. This allows you to build a pre-set loadout of three Agents. Once selected you can then switch between them during the fight to match the situation and your team’s needs.

More variety comes thanks to the five playable maps. These include the futuristic office styled Apex, the desert locked Sandstorm complex, the industrial Port, a remote energy station known as Blackrock, and finally the decrepit Slums. 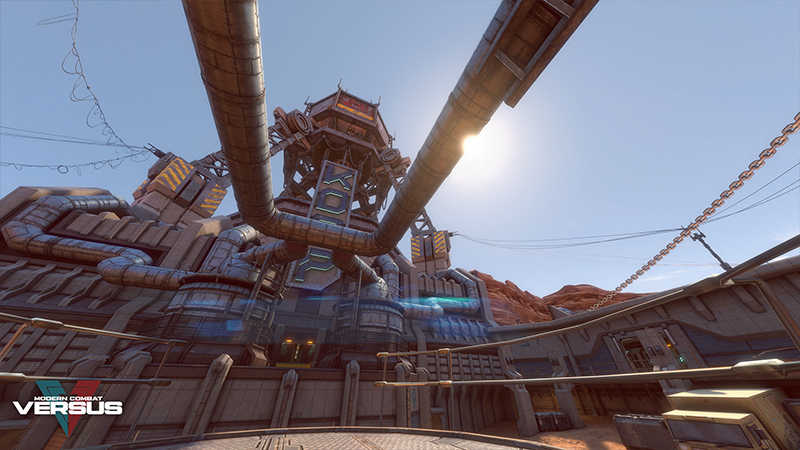 All of these look incredible. But here you really can be the judge, because all of these environmental images are drawn directly from the game engine. 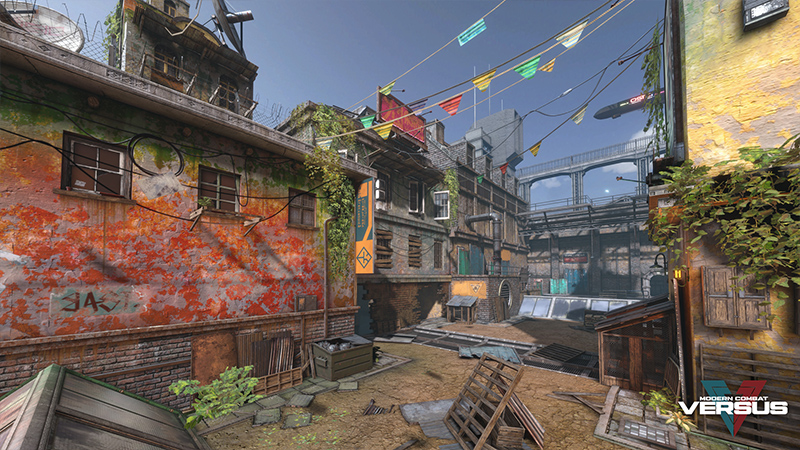 Action is fraught and dynamic, but the games tight touch controls are already performing incredibly well to keep things fluid. Not only are these controls smooth, they are also designed not to intimidate.

Versus keeps things simple – targeting a clean and welcoming HUD. To achieve this, the game has mapped the left side of the screen to movement and the right to aiming. Ensuring that this streamlined system loses no functionality, characters will run when the left side of the screen is held forward while a double tap on the right goes to iron sights (or an Agent’s equivalent). Shooting is then is automatic within each weapon’s range, but requires real accuracy to stay on target. Your Agents ability is linked to an icon in the lower center of the screen.

While simplified, these controls do not compromise the action. They even enable wall running at specific points on each map. Just hit the specific points in environments while running to parkour your way to victory.

More control features are going to be added in the future. Controller support will be one of these. Similarly, the team plans to eventually add a traditional “shoot” button which can be enabled on the HUD for those who like more control.

Modern Combat Versus begins its soft launch soon. When it does it will mark the beginning of a steady roll-out of the game across regions. This is a reflection of what the team believes is necessary to create a top tier modern online multiplayer game. Gather data, improve, expand, and repeat until perfect.

Modern Combat Versus is free-to-play. But, do not anticipate the energy system seen in Modern Combat 5. There will be no limit on how much MCVS lets you play in a session to hone your skills.

Keep a close eye out for when (and where) Modern Combat Versus is going to soft launch on iOS, Android, and Windows. To get all the latest news as it hits, be sure to follow Modern Combat on Facebook, Twitter, Instagram, and YouTube.