This week the Modern Combat Versus team at Gameloft Montreal has started to reveal some tantalizing tidbits about this highly anticipated multiplayer FPS. Designs for three of the playable Agents have been revealed across the game’s social channels, and they all look incredible.

Each of the three characters looks wonderfully distinct and teases at the Agent’s personality and play style. To get a better idea at the inspiration behind these stylish combatants, we got the inside scoop from Serge Birault, Art Director for MCVS.

An Agent with claws (MI-NU)

It is hard not to start with this Agent who apparently was born with a serious case of "CATtitude".

The messaging behind this character is that she is an #AgentofSpeed. She is a young fighter with high energy and an addiction to the latest social media trends. Utilizing her speed, her goal in combat is to overwhelm and defeat before you have time to work out what is going on.

Serge’s inspiration here was a bit playful. Drawing on Japanese “kawaii” culture the goal was to make her energetic and a breath of fresh air in contrast to the more serious members of the game’s diverse cast. Not that that diminishes her at all – her brash playful style serve to be as much a strength in combat as the stoicism of the veterans.

Personally, I find the variety and color she brings both vibrant and welcome. This is especially true of the backpack that forms the striking centerpiece of her look.

On the other end of the design scale we have our next Agent. Far more serious, this experienced fighter is bold, blunt, and to the point. And apparently if you don’t like that, she really doesn’t care.

Framed as an #AgentofDefiance the sleek design of this warrior plays into her badass, chaotic attitude. While she is often viewed as an underdog, this capable veteran has proven time and again that she can beat the odds.

Her body language speaks volumes about her battlefield experience. You can tell by her looks and how she carries her weapon that she has seen more than a few fights – and taken more than a few lives. Serge envisioned “a very sleek design but not overtly military”, which certainly helps convey her lethal agility.

A game of cat and mouse (GH0ST)

Our final Agent is a more silent threat, an #AgentofShadows if you will. This hunter-killer sticks to the darkness and uses the element of surprise to take out foes.

Patient and vicious, this covert assassin stalks his target. Observing its movements, he kills with precision before finding a new prey.

This cold-blooded killer is the consummate soldier, and it was this ruthlessness that Serge wanted to convey in his look. “The white skull helmet and the dark armor, everything is trying to convey that stealth attitude.”

I can’t wait to learn more about these distinct Agents of chaos, and to get hands on with them when MCVS releases. But they are only the beginning, there is still far more to come. Just look at these mysterious symbols below – additional Intel is clearly on the way. 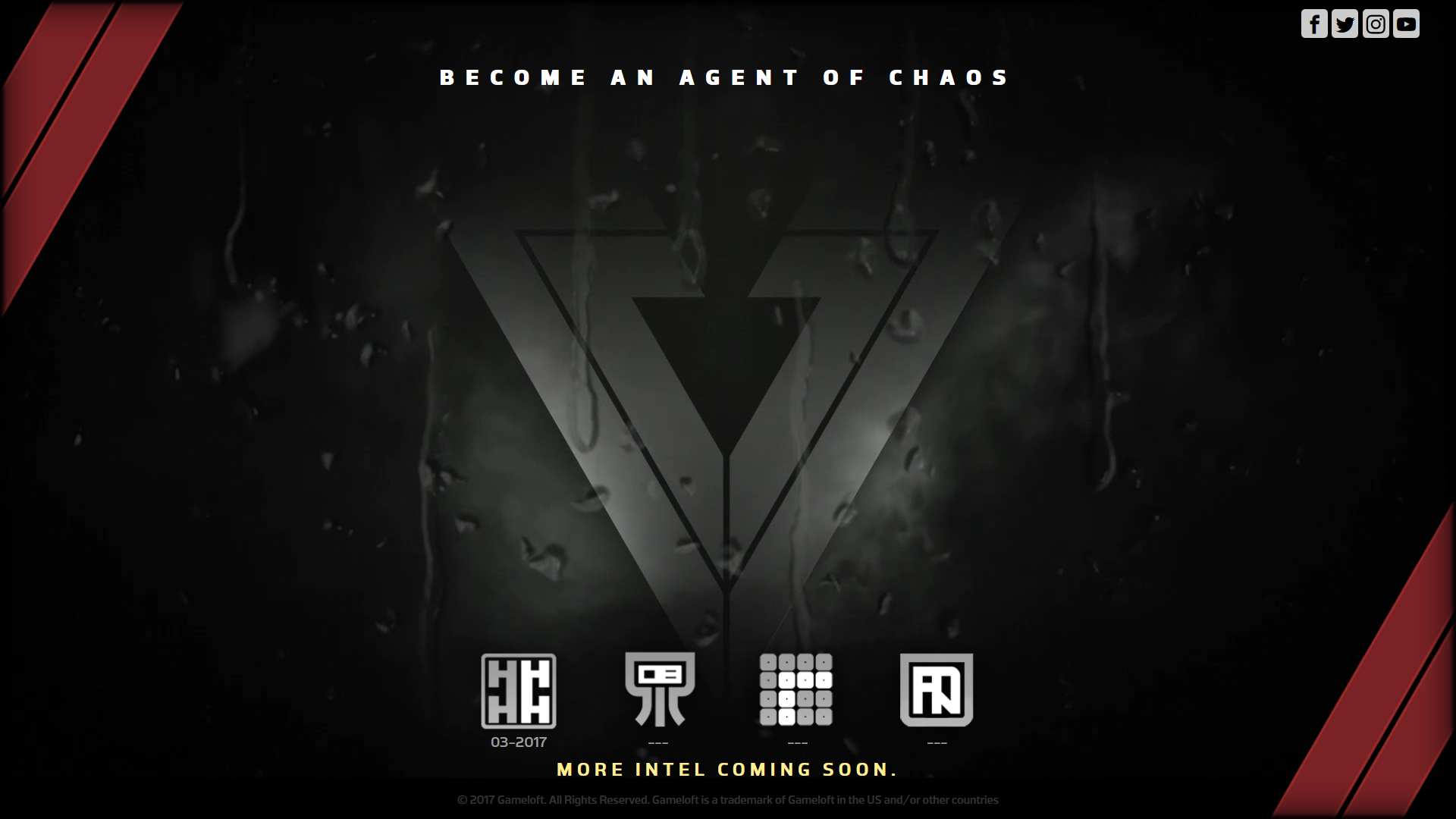 Be sure to keep an eye on the official Modern Combat Versus website and prepare to become an Agent of Chaos. More information will be dropping later this month.