Modern Combat Versus is about to make its first strike. This multiplayer focused installment of Gameloft’s award winning FPS series is soft launching soon and so the team has released tons of new details about this highly anticipated shooter.

While previous Modern Combat titles have all been sequels of each other, MCVS stands alone. Indeed - outside of the smooth action and fast paced shooting that makes up the series’ core values - little of previous Modern Combat games is carried over. This was a deliberate choice by the development team, keen to set the standard for a new era of FPS on mobile.

In this post we looks at the game's Story and Agents - click here to learn about the maps and gameplay. 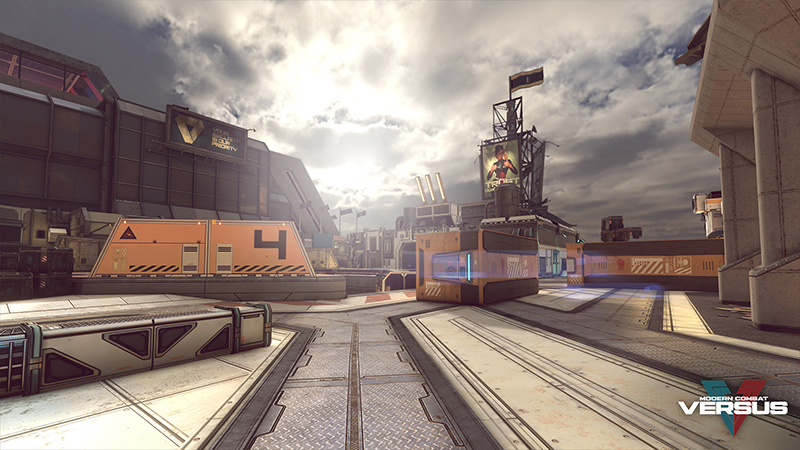 Using a brand new engine, the game looks incredible, adding some true next-gen sizzle on the latest devices. That’s not hyperbole either, just look at those map images – which are taken directly from the game (more on these here).

This visual update is not limited to a static world. By completely overhauling the tech, it has been possible to add physical based rendering. Agents, weapons, and environments react to stunning dynamic illumination. Which doesn’t even take into account the high level of detail the team has managed to add to the characters, giving the look of a true AAA game on mobile. 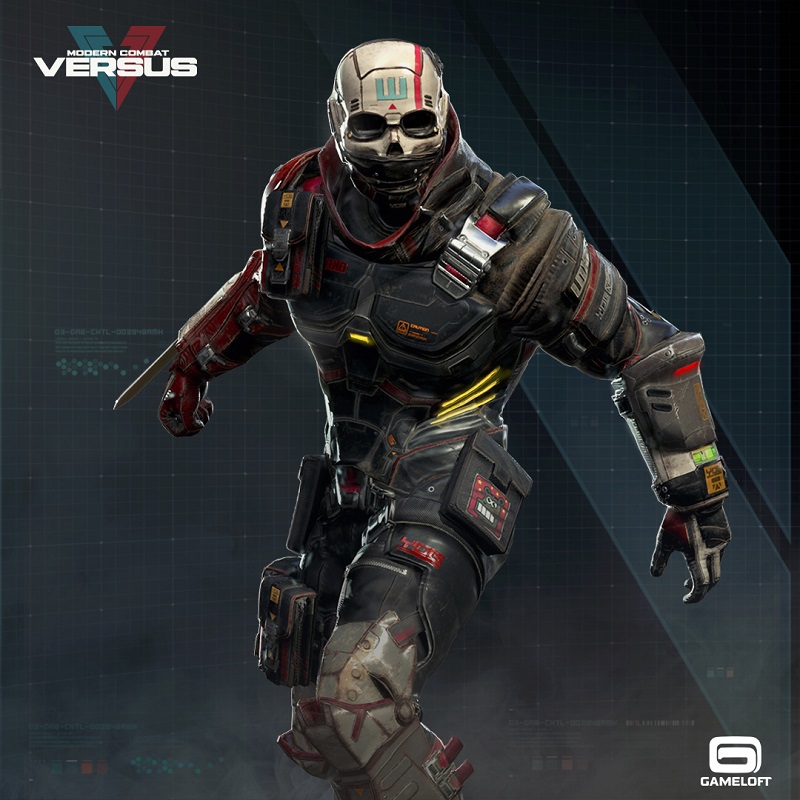 Another shift is that Versus offers no single player campaign – instead focusing on multiplayer action. The thinking here was simple to place all of the team’s energy in a single place, rather than splitting their efforts. With multiplayer shown to be the key draw for Modern Combat fans, this is where their energies were spent.

Modern Combat Versus still has a story to tie the action together. Set in the future a powerful corporation, The Korp, is engaged in a silent war with the resistance group OCTO. You act as a faceless Agent of Chaos. Equipped with a high-tech suit you commit strategical strikes for whichever side is prepared to pay. Right and wrong is blurry – but money still speaks.

Welcome to orientation. This is not a test or a practice run - this is the real deal. Prepare to drop into Modern Combat Versus, a brand new multiplayer FPS game coming soon from Gameloft.

When this shooter hits soft launch there will be 12 Agents available. These are split between four classes each of which carries out a different role on the battlefield.

Perhaps the most straight forward Agent type is the Attacker. Wielding powerful weapons that deal a constant stream of damage, while also able to take a few hits, these fighters rounded skills make them versatile. Each one also possesses a generalist ability that provides broad benefits in a fight.

As their name suggests, Defenders deal in attracting and absorbing fire – though their weapons are not the most devastating. This stands in direct contrast to the Assassins. These light weight fighters can deal a lot of damage quickly, but need to stay out of the line of fire due to their low defense.

The final class is the Specialist. Perhaps the hardest class to pin down, these Agents disrupt play with their unique range of weapons and abilities. Perfectly suited to specific situations, knowing when to utilize a Specialists skills can turn the flow of tight fought battles.

Agent’s special abilities require Core Charges to activate. You can store 10 of these at any time, though each character uses a different number of charges to activate their ability. These are earned passively over the course of the game, but charge more quickly through kills and assists. This enables skilled players to earn more to assist their team.

Our previous post showed off three of these Agents: #AgentofSpeed, #AgentofDefiance, and #AgentofShadows. Thanks to the Modern Combat social pages, we now know they are named MI-NU, SW1FT, and GH0ST respectively.

All three of these Agents are Assassins and come equipped with short range guns. MI-NU gets a sub-machine gun, while the other two wield shotguns. 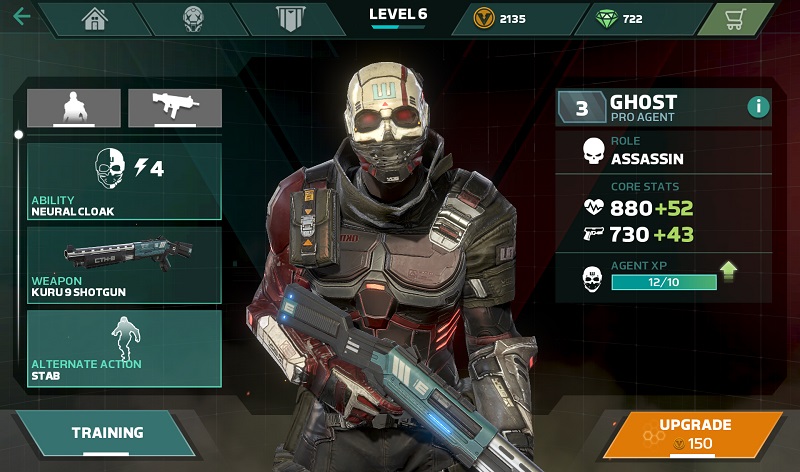 Their abilities play perfectly into the devastating power (but limited range) of their weapons.  MI-NU gets a Speed link which significantly boosts her movement so she can sprint around the map. With a slightly more hit-and-run style, SW1FT can strike and instantly retreat to a previous spot with her Warp Zone ability – recovering health and ammo on the way. Finally GH0ST can use a Neural Cloak to turn near invisible, then execute opposing Agents with a powerful blade attack. 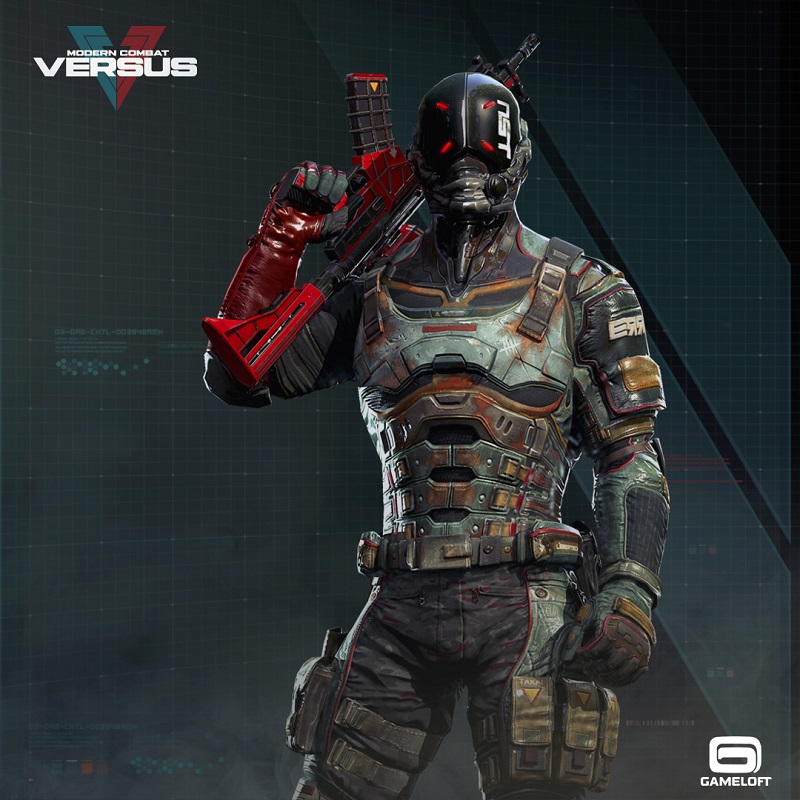 We also now have one more Agent confirmed on the roster – LOCK, the #AgentofSight. This sleek looking character takes the role of Attacker. He comes armed with a balanced assault rifle. His special ability, Augmented Reality, pings the world like a radar, revealing enemy locations within a set radius. You still need the skills to capitalize on this though – but it certainly demonstrates the generalized abilities the Attacker class will offer.

For now, there are 12 Agents available and you'll be able to level up your characters to permanently increase their damage and health. In the final game they can be customized with unlockable skins, weapon paint jobs, but during soft launch these options won’t be present. 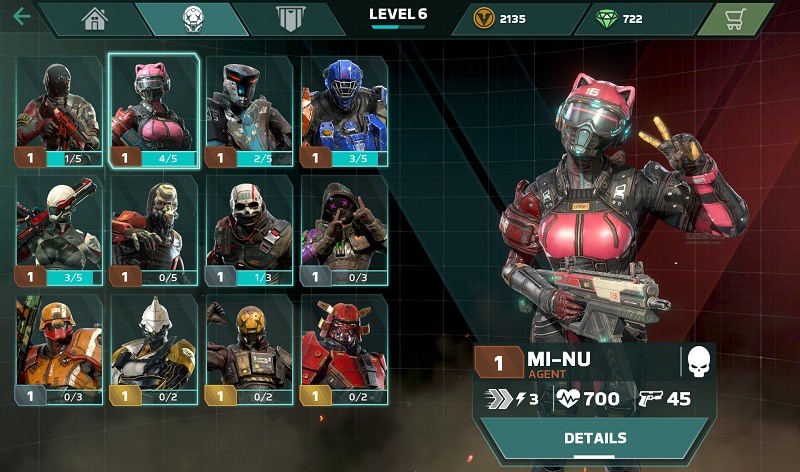