A strategic game of war and empires

Take control of a medieval empire, forge Alliances, and attack your foes in March of Empires - Gameloft’s free-to-play city management and strategy game.

Stepping back into an age of war, March of Empires has you play as a Knight, a Tsar, or a Sultan. In your new position of power you must battle with other leaders to become the Emperor and take control of the Realm.

Fight fierce battles, create a grand Kingdom, plan cunning strategies and so much more in March of Empires!

Your journey begins by tending to small farms, lumber mills, and mines. Upgrading these you can collect the resources you need to expand and improve your city. Once you have basic resources it is time to start earning silver by building new homes, markets, and temples.

This income is vital because it is needed to prepare for the coming war. Build barracks, train troops, and engage in fights across the land against real players to earn rewards. 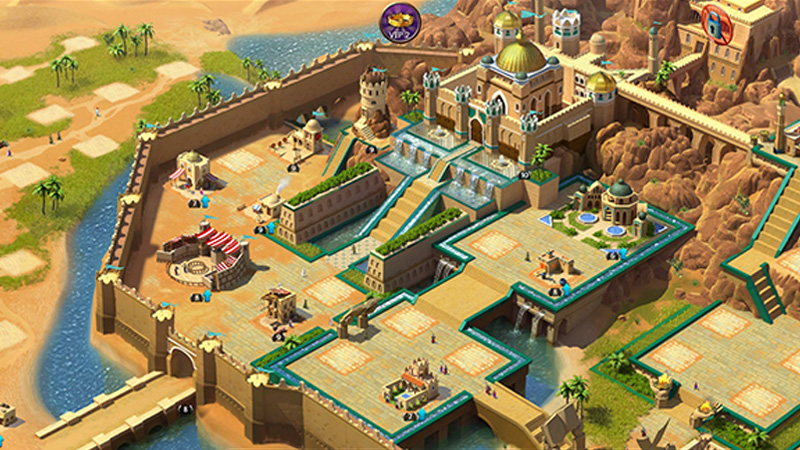 Winning these battles demands that you research new skills and train your troops wisely. Different threats demand different strategies, like ensuring that you have spear-men ready to tackle your opponent's cavalry. And be prepared to organize your army well if you want to emerge victorious from March of Empires's adventures, raids, and skirmishes.

Your troops also need a hero to lead them. These unique warriors can make all the difference to your Realm - improving your resource production at home or leading your armies to victory in the field.

Many of these buffs depend on the armor with which you equip your hero. Unlock the ability to create multiple armor and weapon load-outs to easily switch between them - be ready for anything. 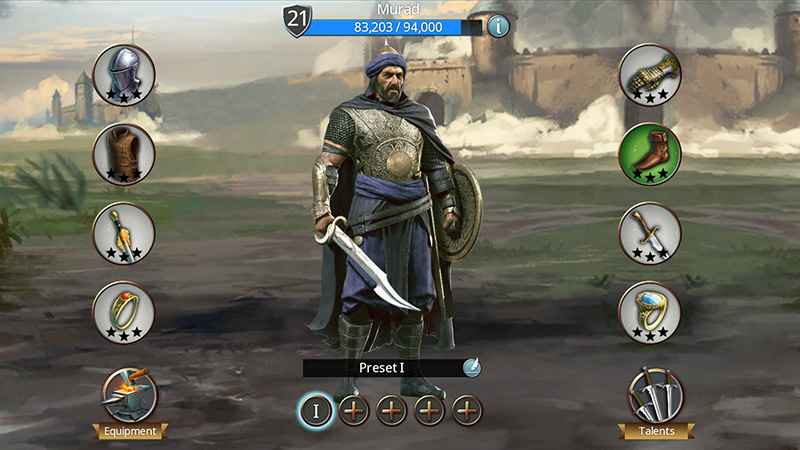 Trying to take on the rest of the world alone can only end in disaster. By joining an Alliance you can form a powerful fighting force with other players. Working alongside your new friends you can trade goods, speed up production, and crush those who stand in your way.

Once you have an income and a strong army you can indulge in March of Empires high level play. Sit atop the Throne of Might or Seats of Power to assert your dominance over other players and Alliances. You can even wage war and invade other Realms to take your Alliance to the next level. Or - if you prefer less open warfare - you can enter the Dungeon to recruit spies and engage in clandestine missions.

March of Empires is packed with medieval mayhem for you to manage as you oversee and expand your Realm. You can download it free on iOS, Android, and Windows. Be sure to keep up-to-date with all of the game's latest information on Facebook and YouTube.