Fight in the Sisters’ Arena for incredible rewards

The Sister’s and their combat Arena have arrived in Iron Blade update 8. This latest arrival to the medieval world of Iron Blade is going to challenge every Templar to raise their game, as they fight through waves of enemies for amazing rewards. New armor sets are also now with the Brotherhood’s quartermaster, unlock these to add them to your personal armory.

The Sisters of the Arena

Sharpen your sword and stand ready my Templar brethren, it is time to enter the Sister’s Arena. These two visiting warrior- merchants are part of a time-limited event that pits you against waves of other challengers. The arena holds nothing back, defeat it to seal your name in history.

There are two options in the Arena, battle or shop.

In the first, one sister will pit you against your fellow Templars as you do in Iron Blade’s multiplayer. You must take on other players' strongholds. Defeat waves of deadly demonic foes to gain Gold, XP, and Arena Keys.

Every attack will use single-player energy. So, before beginning your assault, you may want to assess the fight ahead. If it seems impossible you can always refresh who you will face with Gold. Don’t worry too much though, while you may lose energy, the sisters don’t care about your failure, only your wins.

But you are going to win, and amass those Arena Keys. And when you do you will want to visit the Arena Store.

Upon entering the Arena Store, you are met by the second sister. She presents you with 16 locked doors, with a host of rewards behind them. These can only be unlocked by those Arena Keys, and you can only get these by fighting, in bundles, and as Milestone rewards from the sisters. It is worth it though, as the prizes behind those portals range from nine C Rank items to one Legendary S Rank in each set. 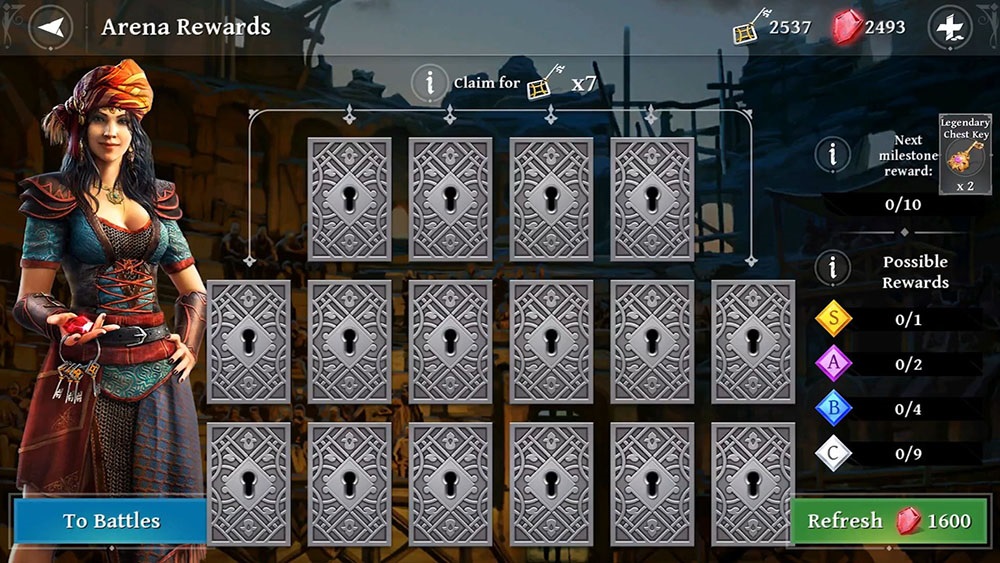 Keep in mind, as you chase down that S Rank item that every door you open sees the number of keys required increase! Fortunately, if you have unlocked the S Class item or the A Class items and decide you want to move on, you can pay Rubies to relock the doors and refresh the stock.

Remember to use these keys before the end of the Arena event, because once the event expires they will be exchanged for Premium Keys.

The update brings with it two incredible new armors, the Dragon Hunter’s and the Eternal Trials Gear sets.

If you want the powerful Heroic Dragon Hunter’s gear set, then you must enter the Arena. Hidden behind the doors of the Arena Store you can find this gear among the Legendary S Rank rewards. 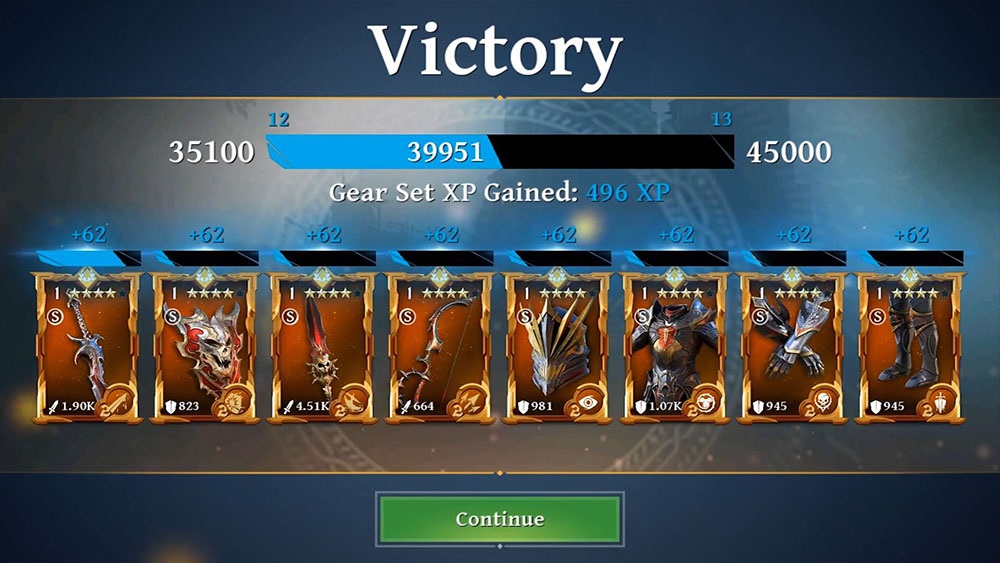 Eternal Trials gear sets, on the other hand, are available from Trials Chests and are available in a range of rarities: Common, Rare, Epic, and Legendary. These sets have no Element attached, but do offer bonus tokens in the Tower of Trials!

Other improvements and tweaks have also appeared in Iron Blade’s eighth update to make your battle against evil easier. In the tower, you can now more easily see the score bonuses you can obtain and your position in the event. Event Rules are also now clearer and easier to access, with a single tap immediately bringing them up on your screen.