Humans Behind the Game: Cédric Ratajczak

Cédric Ratajczak, Creative Director, has been with us for 10 years now and has helped build Gameloft for brands into what it is today. Based in Saigon, he and his team recently took on a huge and exciting project from Kinder and Ferrero called Applaydu.

When the beloved chocolate company approached them to find a new way for today's children to interact with their toys, our team was thrilled to be on board. The sky was the limit and with their passion and ambition, they created something incredibly unique for kids.

Read on to find out more about the app, its creative process, and why it means so much to Cédric and the rest of our team.

Hi, Cédric! Tell us about yourself.
I've been working at Gameloft Saigon for 10 years now, and I would say that I'm an enthusiastic life-lover and world-explorer.

I truly believe that innovation and creativity are all about pushing borders and exploring new frontiers. And that greatness can only be reached by embracing risks, by going out of one's comfort zone, and by constantly renewing oneself by seeing challenges as opportunities to grow, learn, and change.

In December 2014, I was given the opportunity to create Gameloft's very first advergame with a small team of 5 people. We built the essence, the quality standards, and the creative foundations of what would later become Gameloft for brands.

Since this moment, and with the constant trust and support of people like Thierry Lecat and Sebastien Auligny with whom I shared a vision, I've actively tried to participate in making the activity grow by constantly aiming at leveling up our existing solutions, innovating, and finding new creative ways to approach advertising and content marketing businesses.

Today, our Saigon studio is still the only Gameloft studio creating solutions and content for brands worldwide and has grown from 5 to almost 200 experts in only a few years. And I'm sure that this is just the beginning! 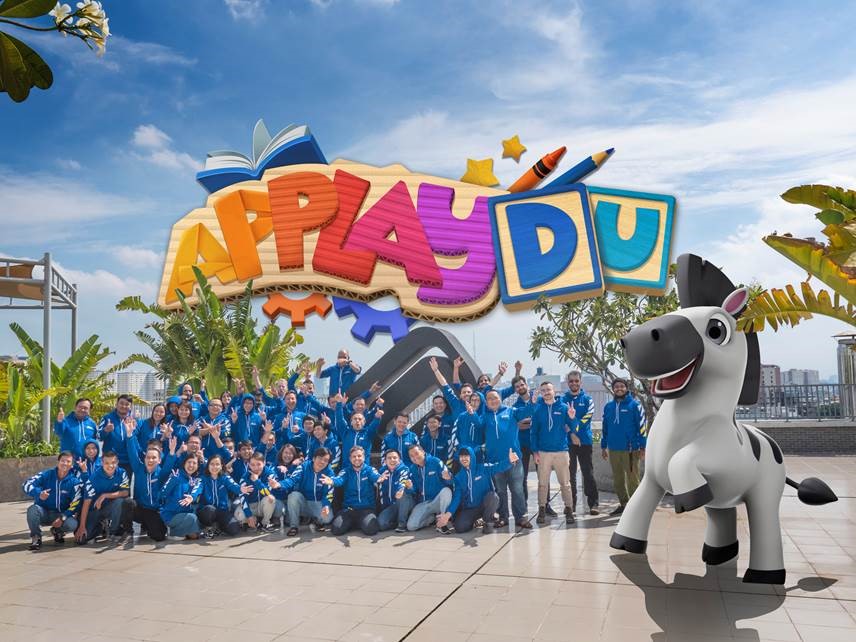 What is Applaydu?
Applaydu is an inspiring world that gives children the chance to bring their toys to life and express their imagination by creating stories in which THEY are the heroes. All this in less than 5 minutes! It's also the answer we gave to Ferrero to make their Kinder Surprise brand evolve and adapt to today’s kids. But it's above all a human adventure developed by a team of 50 talents mostly based in our studio in Saigon. 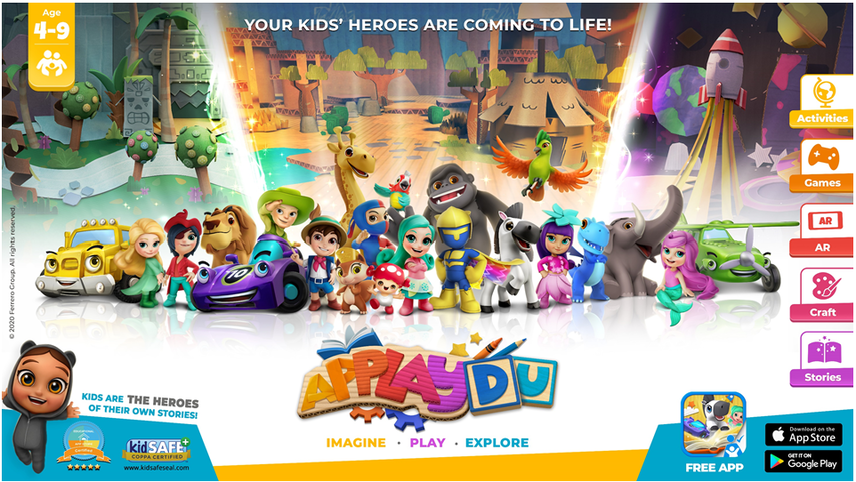 Applaydu extends the playability of physical toys by giving kids some possibilities that only the magic of digital could allow. It's unique because it delivers one of the first augmented reality experiences 100% dedicated to kids at a massive scale. We were very ambitious and faced many technical challenges to make this possible on all kinds of devices. But our developers were rock stars and were able to make it happen. Thanks to our AR feature, kids can now take control of their toys, interact with them, and immortalize moments by taking pictures with them as if they were real friends! 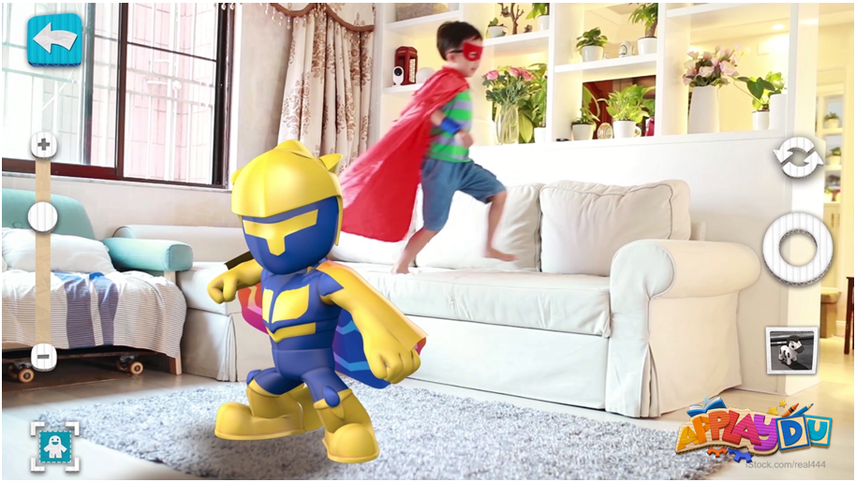 Kids can also create personalized stories with their toys. Their decisions and actions influence the outcome, and there are a ton of possibilities! We believe kids will love creating their own stories and would want to share it with their parents. Even if the kids don't know how to read, parents can use this moment to spend some quality time together.

During story creation, kids will encounter characters who will challenge them through stimulating and engaging games that we co-created with child education experts from Oxford University. The objective was to have a collection of games that could help children develop certain skills like communication, memory, or attention. 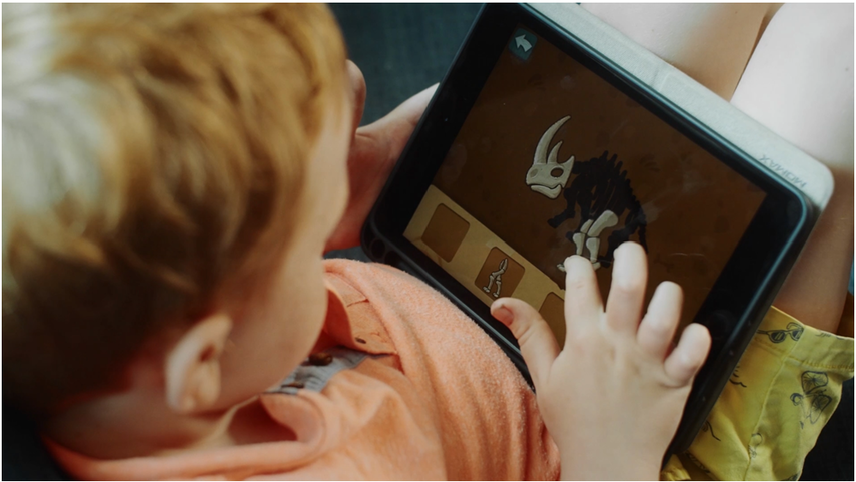 But I think the real magic of Applaydu is its ability to make kids' physical toys more meaningful. Now they have a personality and a story, and kids can interact, learn, and share new memories with them. I believe and hope kids will go back to the real world and play with their physical toys thanks to digital technology.

What were your responsibilities as creative director?
At the very beginning, my role was to answer Ferrero's brief, which was to "extend the playability of the toys thanks to digital." It was almost like starting from a blank page, which gave a lot of creative freedom. An amazing opportunity!

The ideation process started with a deep study of the brand and the complex double target (kids and parents). We defined the main creative idea, then materialized it through a kind of "investor pitch" that non-gamers can not only understand but also have ownership of, and finally presented it to Ferrero!

It was a real challenge because we wanted to find THE solution that would answer the children's biggest wishes, reassure parents (who we know are reluctant to let kids use screens), and enhance Kinder's values all at the same time!

Once we entered pre-production, my responsibilities were mainly to make sure the product would respect the vision that was presented to Ferrero at all levels (features, art direction, UI/UX, etc…) and that the final experience would be meaningful to kids, parents, and Kinder stakeholders. And one of the ambitious promises we made to Kinder was to create an experience that would favor family moments.

But to achieve all this, and even before producing the foundation of what Applaydu is today, my first objective as creative director was to inspire the team and to make them become the first believers of the project and to own the vision that we presented to Ferrero. I wanted them to believe that no matter how complex and impossible the creative idea seemed to be on paper, we would always find or create clever ways to make it happen.

What were some of your most memorable moments from the project?
Of course, the first one that comes to my mind was when we officially signed the contract with Kinder and Ferrero. There's such nostalgia around the "Kinder experience" that we all really wanted to work on it and to play a part in making today's kids happy.

But one of the most memorable moments for me was when I watched the final version of the TV commercial for the first time. When I was watching it on my TV, it felt like I was a kid again on a Sunday morning after watching my favorite cartoon. It was really emotional. 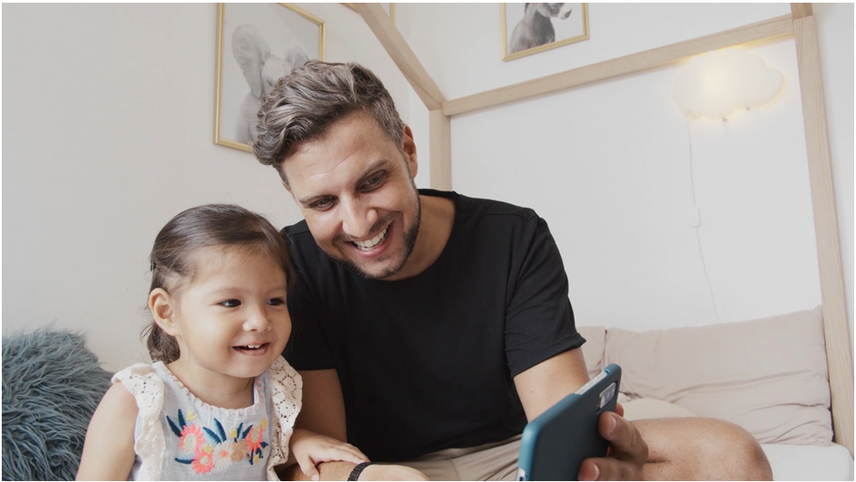 I still can't believe we were part of Kinder's digital revolution, which will hopefully make families happy around the world and change the way kids can play with and learn from toys. And I'm so proud of the whole team for making the impossible possible in about a year!

I can’t wait to see how far we can go with Applaydu and to see more and more kids and families just enjoying what we created.

We have multiple positions available at Gameloft Saigon and our studios around the world, and you can find all of them here. Stay tuned next week for another edition of Humans Behind the Game!