Humans Behind the Game: Camille Houssais

Say hello to Camille Houssais, the mastermind behind the Game Lab, Gameloft's Research and Development department. Camille has been with us for more than 6 years now, and has worked all over the world and in different positions and studios. Find out more about the Game Lab and what qualities he looks for when interviewing new candidates below!

Hi, Camille! Tell us about yourself.
My current position is creation manager, which does not mean much I guess, apart from the fact that I get to do creative stuff, which I really like. I started my career at Gameloft as an executive producer in Paris then worked in our Tokyo office as a studio manager for few years before coming back to Paris for my current job.

For the past three years, my mission has been to create and organize what we now refer to as the Game Lab. Thomas Aurick, VP Creation, and I wanted to find a way to bring more innovation to Gameloft and explore new options for making games. After few years of tests, failures, and successes, The Game Lab was born in May 2019. I really believe in our mission of fostering innovation and challenging ourselves, creatively speaking, whenever we can.

I feel that making games on mobile really is an art: it’s super complicated, extremely risky, and succeeding takes no less than a team of great talent that can express itself in an environment where their skills can shine. I really enjoy starting up new projects and releasing new games... unless they're platformers. I'm really not a fan of them!

What is the Game Lab, and what do you do?
The Game Lab is an R&D team of around 20 people at Gameloft's headquarters in Paris. As I said above, our mission is basically to bring innovation to Gameloft, both in terms of the games we create, but also in the way we make them. Being innovative is risky, as exploring uncharted territories more often than not leads to failures and disappointment. But some people need to be able to take that risk, otherwise we stop progressing as a company.

We build new production pipelines based on a new game-making philosophy, and we test them out with new concepts that we try to keep as innovative as possible. This has led to the release of 15 games as of today in slightly more than a year. We've had failures of course, but also fairly good successes, some of which are still on the market today and growing every day!

My role at the Game Lab is to make sure there is no obstacles between my team and our mission. I’m here to facilitate their work, define the priorities, and arbitrate when necessary. We have a very flat structure in terms of management at the Game Lab because I believe that most of the important decisions need to come from the people actually building the games. At the Game Lab, we only have passionate, talented, and autonomous people who don’t need to be micromanaged in any way. That is, I believe, how we’re able to come up with great games and to be successful. 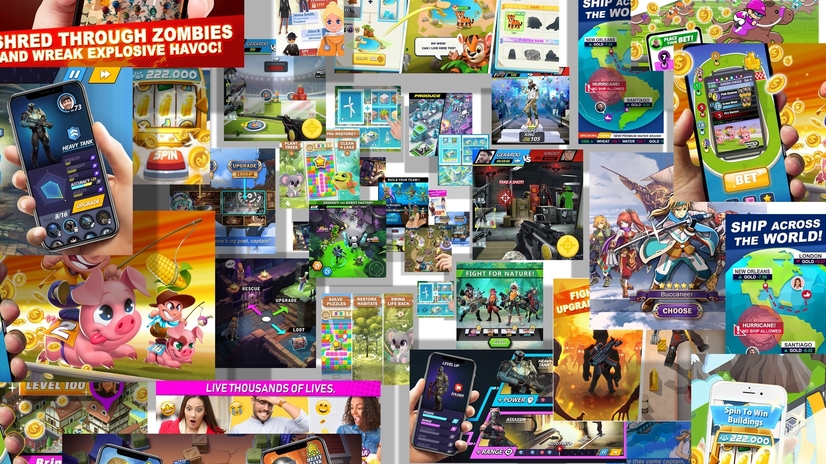 What are some of your most memorable moments at Gameloft?
Making mobile games nowadays really is exciting. I mean the entire process. From the beginning of the project, where we’re all super enthusiastic about a new concept (it will definitely be a record-breaking hit this time around!), to the moment where we release it live for the first time (2 months later!) and receive the first results. It’s dynamic, highly challenging, and overall super fun, even when we fail.

I’m extremely grateful that Gameloft gave us the opportunity to do all this and was willing to take the risk with us. I've been working at Gameloft for more than 6 years now, so it’s hard for me to single out only one memorable moment because there have been so many! But I guess the firsts always are memorable, so I would say the first time I released a game in Japan and the first time we released one of our prototypes with the Game Lab.

Any advice for getting into the gaming industry?
Passion is the first thing I look for when meeting with a candidate. Do they have that spark? It makes all the difference, even more than experience, to me. Someone who is passionate will always get to where they want to go eventually but someone who’s not never will, no matter what their background is. So find something you’re passionate about, put in the work to become good at it, and the rest will come naturally. And obviously if you want to work at Gameloft, believing in the incredible possibilities of mobile gaming is a huge plus!

We have multiple positions available in game design in our studios around the world, and you can find all of them here. Stay tuned next week for another edition of Humans Behind the Game!