Vegas Gets the Gangstar Holiday Treatment

Written by Francke Preyser On December 14, 2018

If you haven't had enough of the holiday surprises just yet you're in luck. Gangstar Vegas has released a festive new update that's packed full of Christmas cheer.

With new themed weapons, vehicles, Seasonal Suits, a whole new in game event and a festively themed Exoskeleton, this update is jam packed with season's greetings and a pretty bow on top.

Jumping straight in, let's take a look at the new Street Cred event. Players can hit the streets and complete as many special missions as they can to collect cred before the time runs out. They can then cash in for a variety of limited-time items, including the terrifying Helldrone and Planetcrusher hover tank.

The team wanted to create something new and challenging, changing event themes over time by adding new missions and rewards in each event. The great thing about this event is you'll get out of it exactly what you put in. Rewards scale depending on how much time and resources you as the player put in.

Take note though because the top reward can't be obtained any other way.

Next up we're offering more ways to bring a little more boom to your holidays with with the powerful Plaguebringer heavy weapon, the devilish Helldrone and Corpsemaker grenades that turn casualties into Zombies! (Yes Zombies).

We also have the Open Fire and Xmas Fire weapons for you to unwrap. Oh and don't forget to check out the Soultaker Exo with loads of new attacks and the ability to steal life from your foes.

The Holiday Speedster  a new luxury car created with the goal to simply maximise the holiday spirit. With flashing lights, nitro and a "rocket" instead of a trunk, it is both festive and harmonious. We also have the Jollytime Jet,  a new air vehicle designed to be Santa's Plane!

You can also unlock the Murder Machine and Wicked Wagon cars for some nightmares before Christmas or drive into the future with the new high-tech rides, including two new motorbikes (Dark Matter and Xeno Trek) and the Interstellar Ride Car.

There's also a new Christmas themed Exoskeleton suit internally nicknamed "Cyborg Santa", half human, half robot, all business! The visuals for the EXO-2077 have three different levels, each less human than the last. This is the most valuable item in the update and will be winnable in the upcoming Snow Storm Street Cred event. 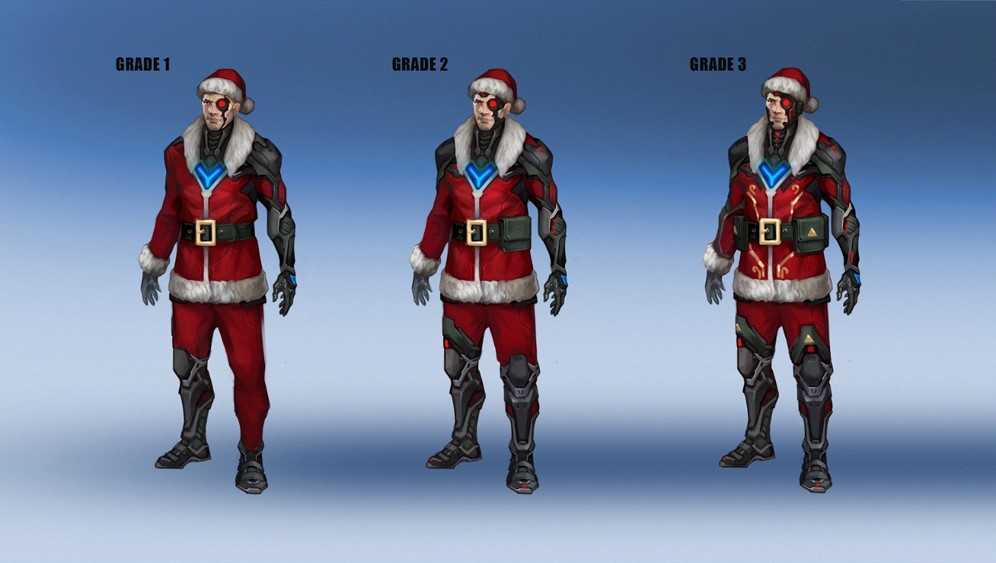 Next we have a pretty special update for you guys, NO MORE AMMO PURCHASE RESTRICTIONS!

That's right, now you can trade all the cold hard cash you want for all the red hot firepower you need. We've decided to lift the restriction because it was previously not clear enough how much you pay for a single round of ammunition.

Paying the same price every time even if you only needed one round could be confusing. Now you can purchase (and pay for) the exact amount of ammo you need!

More to watch out for and win

Other updates include a new progress bar you can fill to unleash a jackpot of prizes, including a limited-time feature item, as well as a few other festive in-game details.

You'll see snowmen and Santa hats adorned by NPC's, festive buses and cars with Christmas trees on top and improved designs for some of the older vehicles like the Taxi, Snowbird and Jackalope tank.