3 months of competition, 3 intense phases, thousands of races, and 12 finalists making their way to Gamescom for the grand finale of the Asphalt Esports Series, presented by Black Shark.

Players around the world have been putting the pedal to the metal for a shot at all the glory. Now it’s time for one lucky racer to become a legend.

Catch all the action live by tuning in to the livestream over at the Asphalt Youtube channel on August 21st at 3:00 PM GMT+2.

The Road to Gamescom

Before meeting in Cologne for Europe’s biggest gaming event, the 12 finalists proved their worth in the online qualifiers and regional players. As the number of open slots shrunk down from thousands to hundreds to the final dozen, there’s never been a dull moment at the races.

With the best of the best from all over the world, no one has been wasting time and everyone is making sure sure they’re bringing their absolute best game. Everyone has been practicing all the trickiest tracks and death defying drifts, honing skills and focusing on the prize.

The excitement is palpable with finalists like RpM_Alex tweeting about the amazing feeling of being a finalist in the Asphalt Esports Series.

Qualified for finals of #Asphalt9 #BlackShark event! See you soon at Gamescom pic.twitter.com/ptWWxAEnso

The all-star experience stretches into the last laps of the tournament with the Asphalt Esports Series finalists taking the world’s first seats in the new Porsche Formula E.

That's right, the new super sports car is being revealed on stage in Asphalt 9: Legends as the official Porsche of the grand finale! The only people on our planet who get to drive the Formula E in Asphalt are the finalists on stage.

Talk about elevating the stakes to truly legendary status.

The Formula E is set to be revealed in real life at the Porsche event next week, but if you want a sneak peak, you’ll have to tune in to the finals! 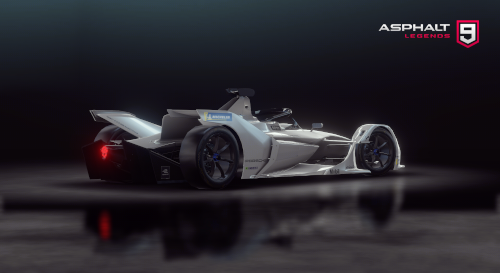 We’re starting up a new event on August 17th to kick off the Asphalt Esports Series celebrations. Even if you’re not in the grand finale, you can still win some swag in a time limited Black Shark event.

For everyone who participates, there are a couple Black Shark 2s, the official device of the competition, on the line. One will be given out on stage at the finals and the other will be awarded on August 24th when the Black Shark event officially ends.

What are you waiting for?

Download Asphalt 9: Legends and get hyped for the grand finale of the Asphalt Esports Series presented by Black Shark!