Charge up your Joy-Con controllers and get ready to speed down the track in Asphalt 9: Legends. The adrenaline rush of nitro boosts and extra long drifts is now available on the Nintendo Switch™!

The race doesn't end there.

There's a new contest opening up for the chance to win a special Asphalt 9: Legends Nintendo Switch™ and a sweet bundle that still has that new car smell.

Keep reading for more details on how to enter for a chance to win!

When you think of Asphalt 9: Legends you think of the biggest drifts, the fastest boosts, the toughest tricks, and the hardest takedowns. The high octane energy that comes with every lap is not just intense, it's legendary.

All that action is now on the Nintendo Switch™!

For everyone who wants to dive into fast paced racing with world famous supercars, it's time to fuel up and download Asphalt 9: Legends on the Nintendo eShop.

Along with everything you love from the original game, the new Asphalt 9: Legends includes a special BMW Z4 LCI E89 decked out with a Nintendo Switch™ decal and 2 new game modes:

Quick Race: A new mode that lets you train and learn the ins and outs of every track at your own pace. For those looking for a challenge, you can also try to beat your best times in a high score challenge!

Split-Screen Multiplayer: Race against up to 4 people on the same Nintendo Switch™! Built for couch co-op and hours of fun with your friends, you’re sure to have blast as you race together in Asphalt 9: Legends.

These new modes also come with an offline option meaning you can keep the party going no matter where you take your Nintendo Switch™! 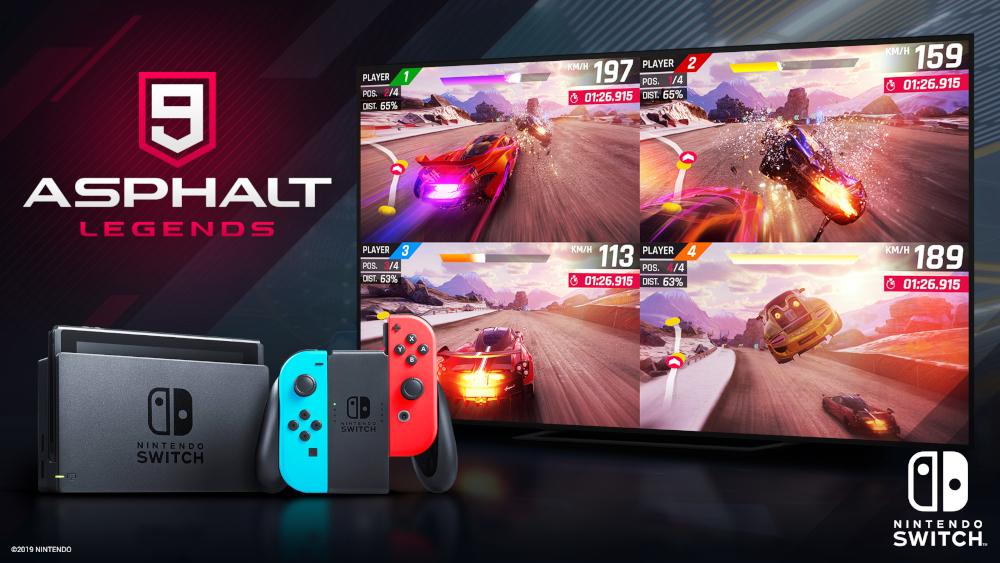 To kick things up a couple gears and really boosting towards the finish line, there's a new giveaway contest going on right now!

The contest starts tomorrow and runs until October 24th, so be sure to sign up while you still can for a chance to win your very own Nintendo Switch™ console!