Motorbikes have returned to Asphalt, with Asphalt 8: Airborne's latest update. These incredible two-wheeled speed-machines change this racing game's whole dynamic and demand you learn new skills if you want to master them. But that's not all, they are joined by additional challenges (including the “Moto Blitz” career mode), hot rides for four-wheeled fans, and Fusion Boxes!

Speed fans, prepare for a whole new style of racing in Asphalt 8 as motorbikes come speeding back onto the track. These licensed machines are now available to ride in Gameloft’s high-octane racer. They include the Suzuki GSX-R750, KTM 1290 Super Duke R, Ducati Monster 1200, and more. 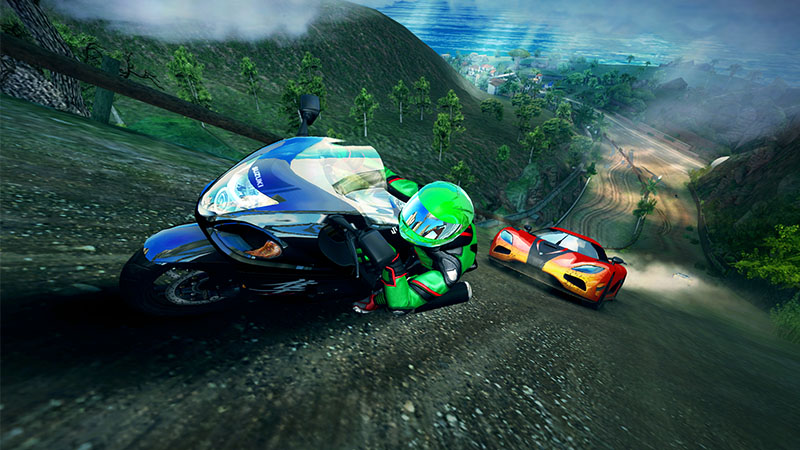 The A8 team has been working hard to get these wild-rides into the game. Bringing with them a more risky and flamboyant style of racing, you will have a lot to learn to be competitive against the other bikers and drivers.

These lighter, smaller, more nimble machines can easily nip between the larger cars. However, this agility is offset by a fragility. Unlike the car-on-car action, you will not easily be able to take-down larger machines - unless you can land on their roofs. Thus, on a motorbike, you will have to evade your four-wheeled opponents.

To help counter this, bikes do have one more weapon up their sleeve… or in their inner-tube. Along with their Nitro they also have Focus. You can charge your Focus Meter by performing Flat Spins, Perfect Nitros, wiping out other racers, or by performing aerial stunts. 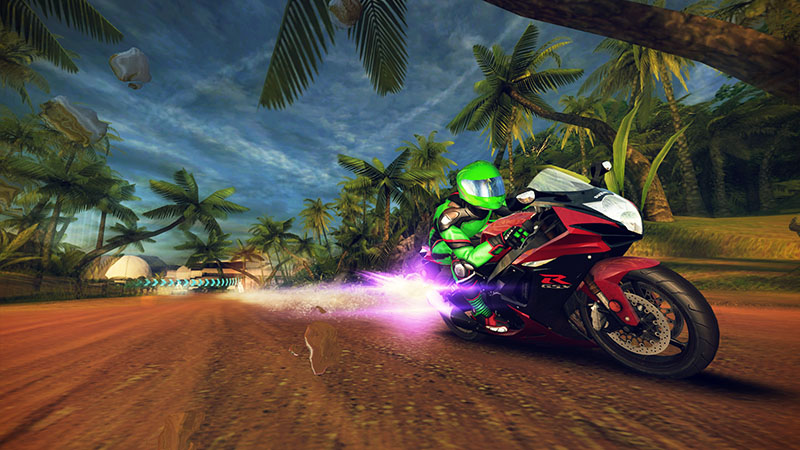 The final of these is the quickest way to charge your Focus. To perform a stunt you first have to jump off a ramp. Once in the air a trick meter appears, with purple and white zones along it. Tap the screen in any of these zones and your rider will perform an insane trick, charging the meter. You do have to complete your stunt to receive the full charge though - so make sure you have enough time to finish it before you hit the ground.

You trigger your Focus like a regular Nitro. Once activated, you can tap the screen when the meter is in the highlighted zone to perform a wheelie and go even faster. Show off your skills with a little extra style (and speed). Best of all, after you have burned all your focus you will find that you still have a full Nitro to ensure you can burn past anyone still in front of you!

Who's is that voice? Well me!

There are lots of ways to put your just-acquired skills to the test. Asphalt 8 allows you to take your bike into the Career, Event, and Multiplayer modes to test your motorbike-mettle. They even have their own career mode, Moto Blitz. If that still isn't enough two-wheel action, fear not, each update is going to see new events, Masteries, and rewards being added.

Don’t worry car fans, Asphalt 8 has not forgotten its roots! Two brand-new licensed cars are coming to the game, the Mercedes-Benz SLR McLaren 722 Edition and the Peugeot RCZ R. 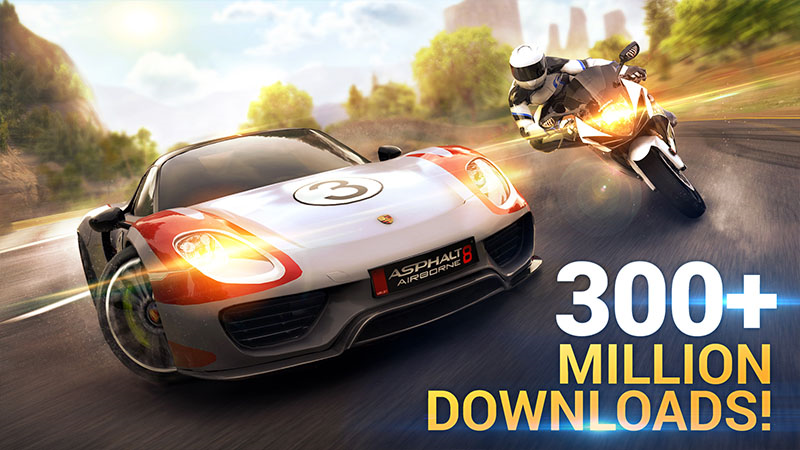 One other addition in this update are Fusion Boxes. These are a way for you to use up all those unwanted Pro cards and Blueprints. By selecting the cards you want to fuse and hitting the “Fuse Now” button these are converted into points that charge your Fusion Box meter.

You don’t have to redeem your Fusion points all at once. Charging your meter stacks for greater rewards. Then, once you choose to cash-in, you can get the appropriate Fusion Box and all of the amazing rewards contained within.