Asphalt 8 celebrates Halloween with some treats!

With October here, and Halloween nearly upon us, it is time for a frighteningly good Asphalt 8: Airborne update. With a stack of new and returning cars and events, there are lots of opportunities for everyone to expand their garage – a real treat for every racer.

Asphalt 8 update 29 is celebrating the season of the witch in style with its Halloween Festival! As long as you can learn all of this event's tricks, then you can be sure to receive some amazing treats form the Halloween Store!

Anyone who took part in the Anniversary Event will have a good idea what to expect from this spooky spectacle! Speed around tracks collecting special Halloween Coins and completing milestone tasks for even more Coins.

You can then take your Halloween Coins to the Halloween Store. Here you can purchase Halloween Bundles. These are filled with treats to help you unlock and upgrade your scary speed machines.

Remember, this event is time-limited. That means that, if you don't spend all of your Halloween Coins before the end of the festival, they'll be converted into credits.

Three amazing cars are also joining the race in update 29. First among these new rides is the D Class Hyundai i30N. This is technically a family car, but it does have some sporty aspirations! With the right upgrades and Elite Tuning, this is among the most competitive cars in its class. Earn this through an R&D Event in the coming weeks.

If you are looking for something a little faster, then there is the Mercedes-Benz SLS AMG Coupé Black. This two-seater gull-winged sports car is inspired by the SLS AMG GT3. Lightweight and fast, it brings to the fore the German company’s considerable engineering talent. Designed to compete with B-class monsters on curvy tracks, it has fast acceleration and great handling. Again, you can unlock this machine in a new R&D Event. 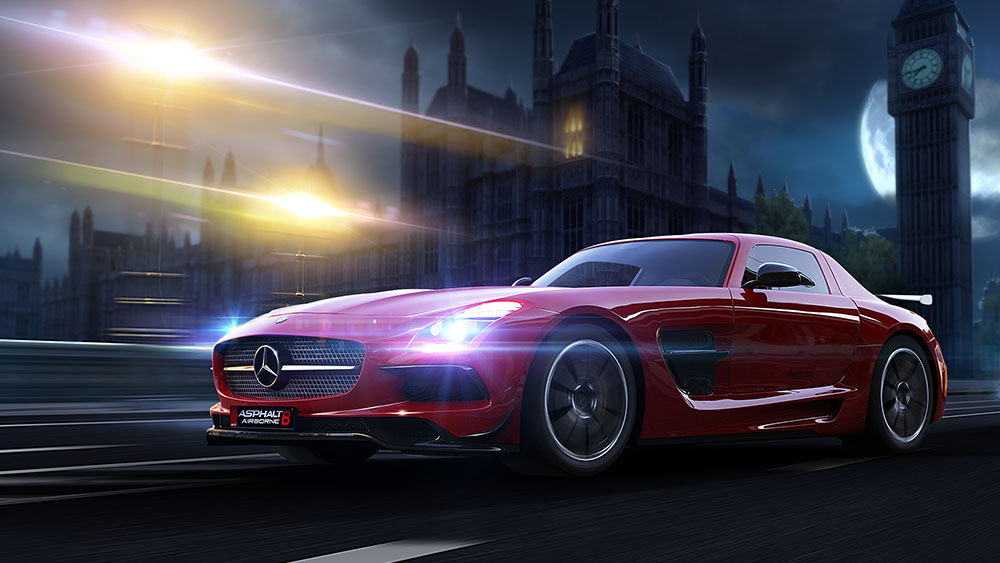 Finally, update 29 boasts one S Rank car. The Ferrari 488 Pista is instantly iconic and sits perfectly among the other top-tier machines in Asphalt 8. Not an amazing all-rounder, but an ideal choice on curvy tracks like Dubai thanks to its incredible acceleration and handling.

One big change coming in the latest Asphalt 8 update, is an upgrade to the car physics for some of the game’s highest of high-end machines. If you have been racing a 2018 McLaren X2, Apollo IE, McLaren Mercedes MP4-25, Arash AF10, McLaren MP4-31, Rezvani Beast Alpha, McLaren 650S GT3, Audi R8 e-tron Special Edition, or McLaren P1™ GTR, and finding them… skittish, then this update will solve your problems with more predictable handling.

Asphalt Moments and other past Events are also making a return in Update 29. These are to give players the chance to relive some old events and get a second chance at acquiring some incredible cars they may have missed the first time around.