This week, Asphalt 8 turns 5 years old. That’s 60 months of high-speed arcade action, 261 weeks of flat-spins, or 1826 days of drifting. Over this time fans have seen the game expand, with cars, tracks, and game modes constantly being added to increase the amount of mobile racing on offer.

To say thank you to you, the amazing Asphalt 8: Airborne community, the team is celebrating this prestigious anniversary in style with an update that is stuffed full of new cars and huge events. Plus, there is a long requested feature being added to give you more control of your Tokens. And, finally, there are a whole host of competitions on Asphalt’s Twitter, Instagram, and Facebook pages that are going to offer you the chance to win big in-game rewards.

Starting soon, there is a huge 5th Anniversary Event arriving in Asphalt 8. It will span multiple modes, including Career, Moto Blitz, and Multiplayer. In each of these, you can see Anniversary Coins scattered around the track. Try to collect every one as you speed towards the line.

You can also get more Anniversary Coins by completing specific quests. These range from performing stunts to completing races and, once finished, you can claim your additional coins as a reward.

Throughout this Anniversary Event, you can trade your Anniversary Coins for special Boxes. Be warned though, once the event ends these will be converted into Credits – do not to miss out! Boxes contain a variety of gifts, including Blueprints for three classic Asphalt 8 Special Edition cars.

Talking of speed-machines, this anniversary update comes stuffed with new rides. In our recent livestream, we looked at three of the upcoming cars and one, very fast, C-Class motorbike.

This bike was the MV Agusta F4 1000R. When originally made in 2006 this machine was the fastest production 1000cc bike in the world, setting speed records on the Bonneville Salt Flats. Now, arriving in Asphalt 8, the team have captured this speed perfectly. So, despite being a C-Class machine, this ride can match some S-Class bikes such as the Suzuki Hayabusa in terms of pure speed.

Join us and find out all you have to know about the upcoming 5th Anniversary Update!

We also discussed three cars in the livestream (but there are more on the way over the course of this update). First among those we discussed was the SCG 003, a limited edition American sports car. This Le Mans styled machine is a B-Class racer that you can unlock via Championship Races. It is one of the fastest Max/Pro cars in Class, with great acceleration and handling balance - a top choice for Multiplayer.

Next up, we got to play with the A-Class McLaren 720S. If it looks familiar, that’s because it takes inspiration from the classic McLaren F1 and its teardrop-shaped cockpit. It’s a shape that gives the car incredible downforce. This, combined with its light weight, gives it the fastest acceleration and handling in Class. Unlock this car by competing in the World Tour Event during the Anniversary update. 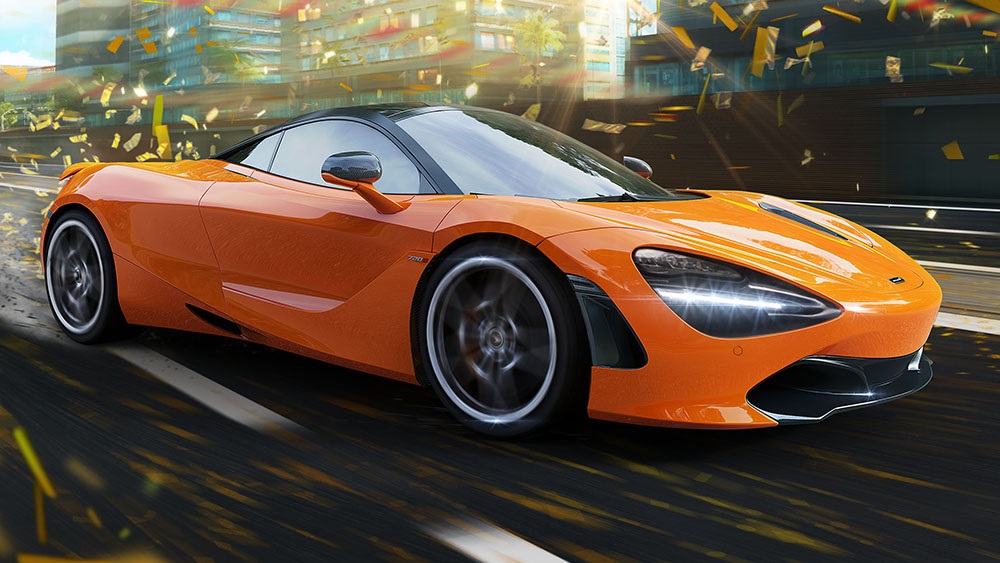 The final car we got to test out during our stream was the Porsche Carrera GT. This is the second S-Class Porsche to come to Asphalt 8. With high maneuverability and a great top speed at Max/Pro, this just edges out the 918 Spyder thanks to its great balance of handling/acceleration. You can unlock this through the Porsche Carrera GT Championship – do you have the skills to add this ride to your garage?

Starting on August 22nd and running until September 9th, there is a selection of special Cups. Each lasts three days, and they are going to challenge you to defeat one of our incredible YouTube contributors.

Each cup will highlight the best S-Class cars of each calendar year of Asphalt 8’s life. Because of this, there are six cups, as they run from 2013-2018 inclusive. Here is a quick rundown of the events:

For its 5 year anniversary, #Asphalt8 will shine in new splendour. Get it now on iOS and Android to test the new rides & explore the anniversary events!

Take control of your Tokens!

One fan-requested feature hitting in this Anniversary update is the ability to set a Token spend limit. This setting will allow you to lock an upper limit on how many Tokens you can spend in a single tap.

Set to none by default, all you have to do to activate your Token Spend Limit is to head to the advanced settings. There you will see available options: 100, 500, 1000 or no limit. Once this is set, clicking on any Token purchase above the set limit will result in a confirmation screen. The hope is that this two-step verification should stop any accidental spending of your hard earned Tokens.

Finally, racers, look outside of the game for even more ways to receive rewards and prizes! Taking place on Asphalt 8’s Facebook, Twitter, and Instagram these will run throughout the Anniversary period.

On Facebook, you can enter a sweepstake. Responding to the tasks on the sweepstakes will provide you with a number of entries, and each entry is going to give you more opportunities to win.

Instagram and Twitter will be hosting a different event, a daily quiz that asks you to answer a question based on player actions in Asphalt 8 over the last 5 years. For example, “How many kilometers were raced in Asphalt 8 by all the players?” Don’t panic, we know you may not get the right answer… but the five closest guesses win a Token pass for 30 days with 50 tokens daily.

It has been the community of incredible players that have allowed Asphalt 8: Airborne to reach the heights it has over these five years. Thank you to every player. And, if you aren’t playing yet, download it today on iOS, Android, and Windows. You can also join this incredible gaming community on Facebook, Instagram, and Twitter – where you can win prizes through the fifth anniversary period. Plus, of course, remember to follow the game on YouTube.