Dragon Mania is expanding into the world of children’s books in France with a new trilogy!

Our franchise was born in 2013 as the Android and Java game Dragon Mania and was succeeded by Dragon Mania Legends in 2015.

Created by Gameloft Budapest, Dragon Mania Legends transports players to the land of Dragolandia—a magical world where they must raise and train over 800 different dragons to become the best trainer in the world!

Dragon Mania is one of our most popular IPs because it has something for everyone. It deals with relatable topics like family, friendships, and personal destiny in a magical, medieval setting with some of the most unique dragons and art around! 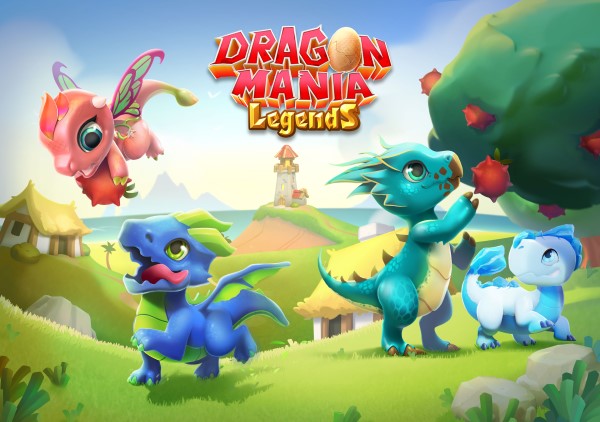 Dragon Mania Legends has recently started expanding its lore, and we wanted to continue giving more insight into the universe our players love in a new way.

The game team has always wanted to go more in-depth and explore the relationship between key characters, but the mobile setting made it difficult to include longer conversations.

This is why a book seemed like the best medium for our goals. We thought it was the perfect way to focus on the characters and give more insight into their past, personality, and connection with dragons.

It also had the space to allow us to build and show a more complex and detailed universe and introduce the world of Dragon Mania to newcomers! 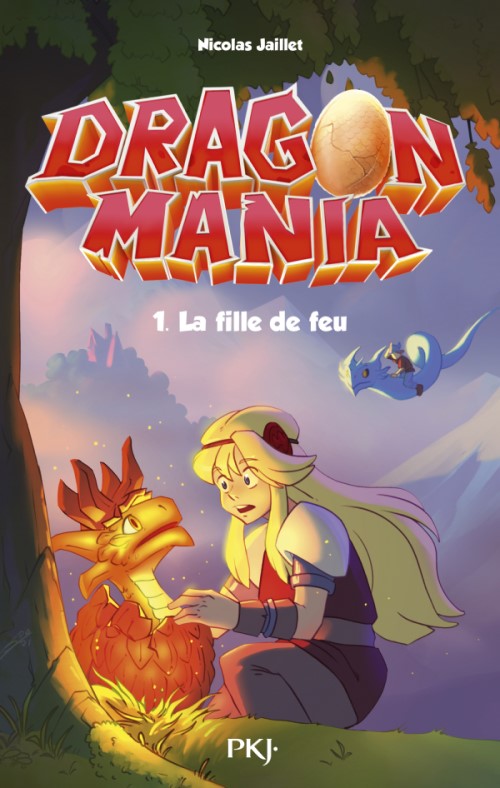 Ludovic Milhau, Senior Global Brand Manager, was the lead for this project and was tasked with finding an interested publisher.

As part of the Vivendi group, we had the opportunity to speak with the French publishing company Editis and its subsidiary Pocket Jeunesse.

Pocket Jeunesse is one of the most famous and successful publishing houses in France, and Ludovic and his team pitched them the potential of adapting the Dragon Mania franchise into a novel.

They loved the idea and universe—immediately seeing a promising teenager series—and suggested not one but three books! 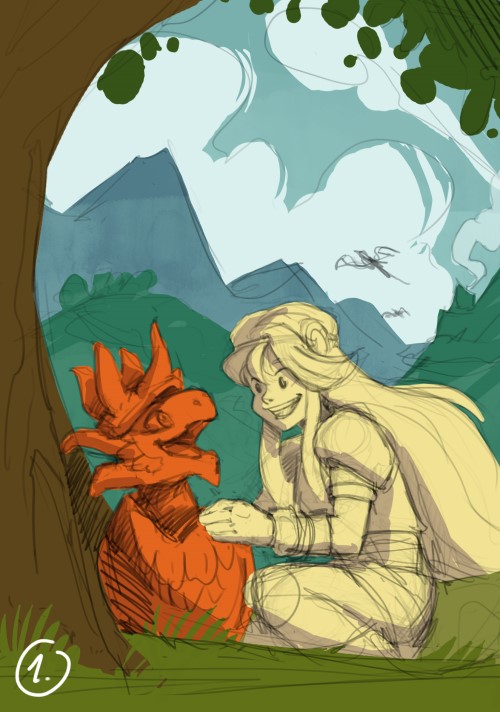 “Working with Pocket Jeunesse was a very smooth and collaborative process,” said Ludovic.

Together, we figured out the foundations and narrative arcs for all three books before introducing the Dragon Mania universe to the author Nicolas Jaillet. 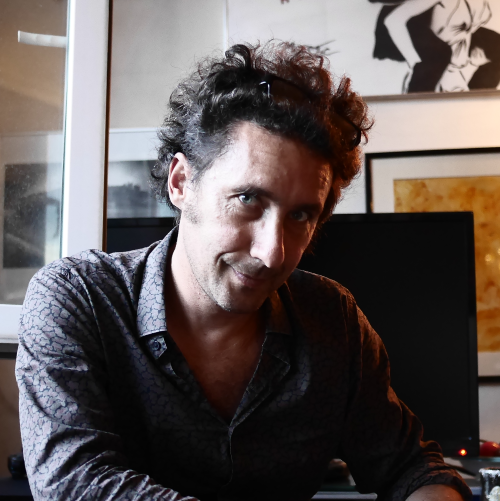 Nicolas wrote the first book in the trilogy called La Fille de Feu (literally translated as The Girl of Fire) in close collaboration with Claire Stenger, Senior Narrative Designer. We wanted to create something new while staying true to Dragon Mania, and Claire’s role was key to ensure consistency between the novel and the existing lore. 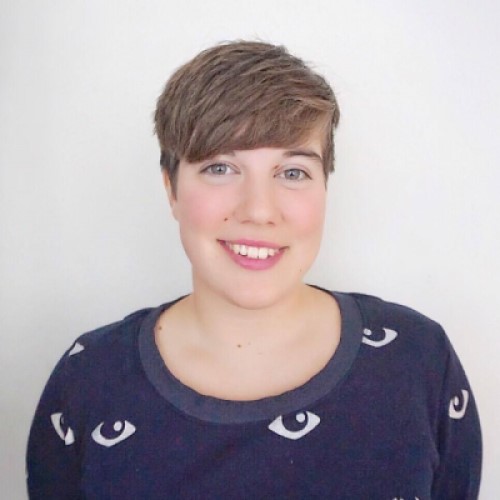 The rest of the game team also had a big role in the project. They gave invaluable information about the world, dragons, and characters in order for us to create the most authentic experience possible for fans of Dragon Mania.

One of the aspects that the community loves most about Dragon Mania Legends is the art, and Szabolcs Kollar, 2D Artist, did a wonderful job in integrating this into the novel. He created beautiful headers to illustrate each chapter and a totally new map of the archipelago where the game and novels are set! 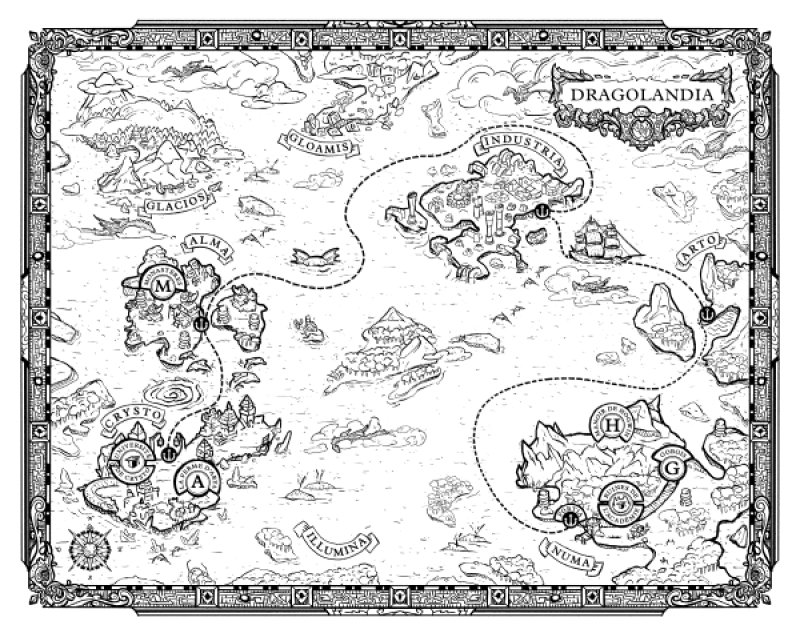 Ludovic said it was “definitely a great collaborative work between many talented people: the publisher, author, and the different teams at Gameloft.”

So what is La Fille de Feu about?

A prequel to the events in Dragon Mania Legends, the first book follows Arya, one of the franchise’s heroes, as she leaves her home to try to find the legendary dragonologist Professor Hogwin to become a dragon trainer. 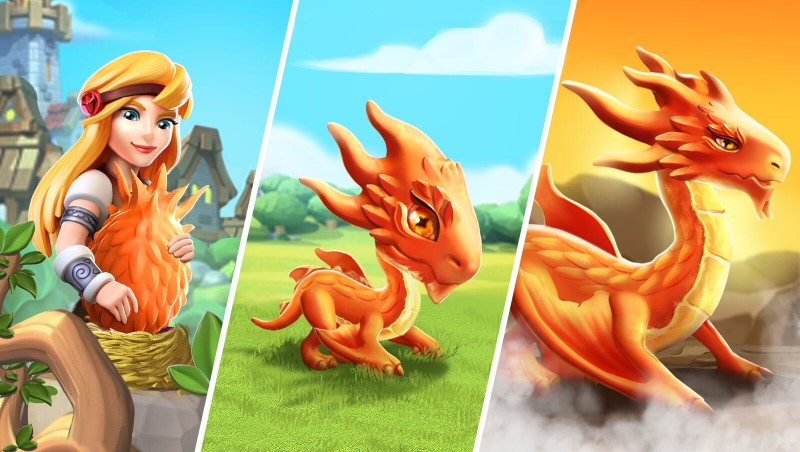 Arya and her dragon in Dragon Mania Legends.

We chose Arya as the series protagonist because of her strong personality, mysterious past, and natural talent for dragon training. However, readers will discover the many other fascinating characters in the world of Dragon Mania Legends throughout the trilogy!

For Ludovic, La Fille de Feu is “definitely a must-have for any Dragon Mania Legends fans”.  Players will learn how Arya meets Hogwin to become one of the most talented dragon trainers of the archipelago and gain a deeper understanding of Dragolandia as a whole.

But it isn’t just for established dragon trainers! It’s also a wonderful story for dragon lovers and those who love adventure, magic, and heroes with a lot of heart!

Everyone involved in the project is incredibly proud of the book and to have been part of its creation.

This trilogy is just our first step towards branching outside the gaming industry to create a 360 entertainment experience, and it won’t be the last. We’re already investigating other ways to bring the world of Dragon Mania to other industries!

You can read a preview of La Fille de Feu and buy it here! It’s currently only available in French, but we’re already looking into making it available in other languages!