We've detected that you have an ad blocker enabled! For the best viewing experience, please disable your adblocker.

Unique Access to an Engaged and Responsive Audience That Is Ready to Have Fun! 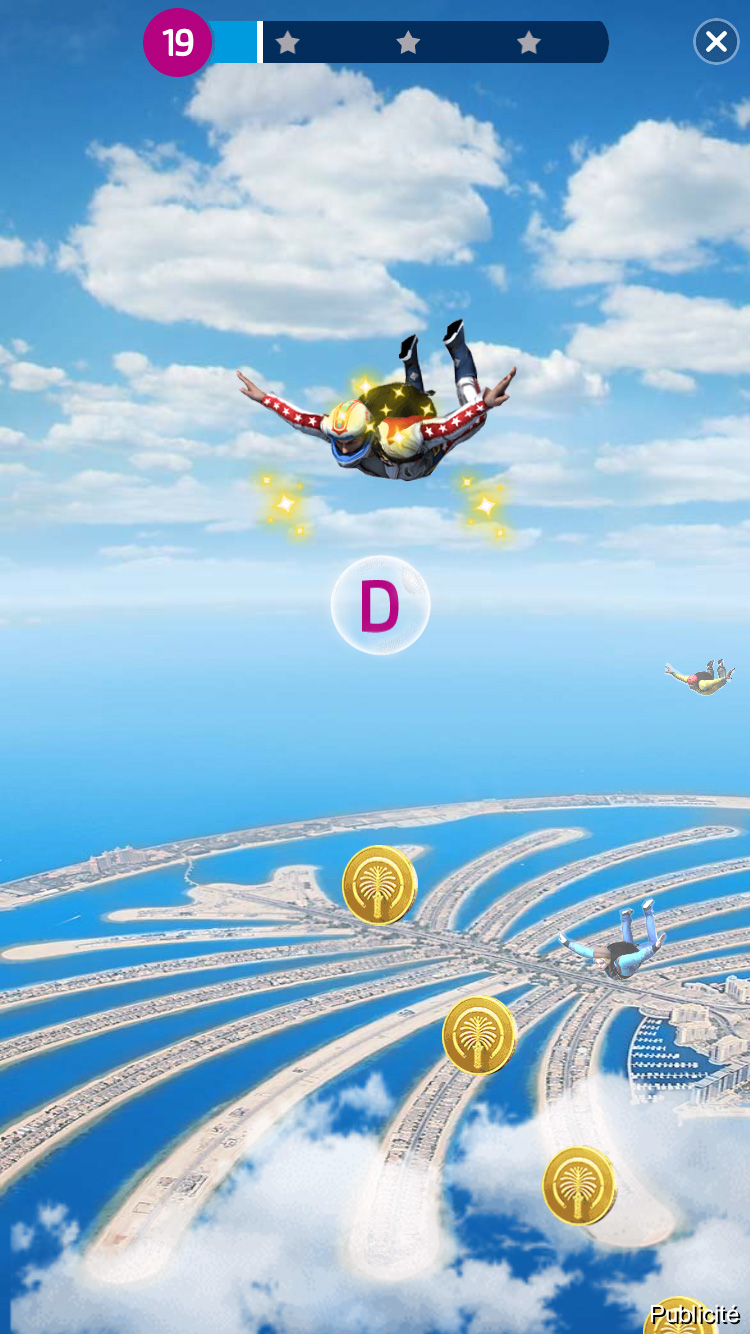 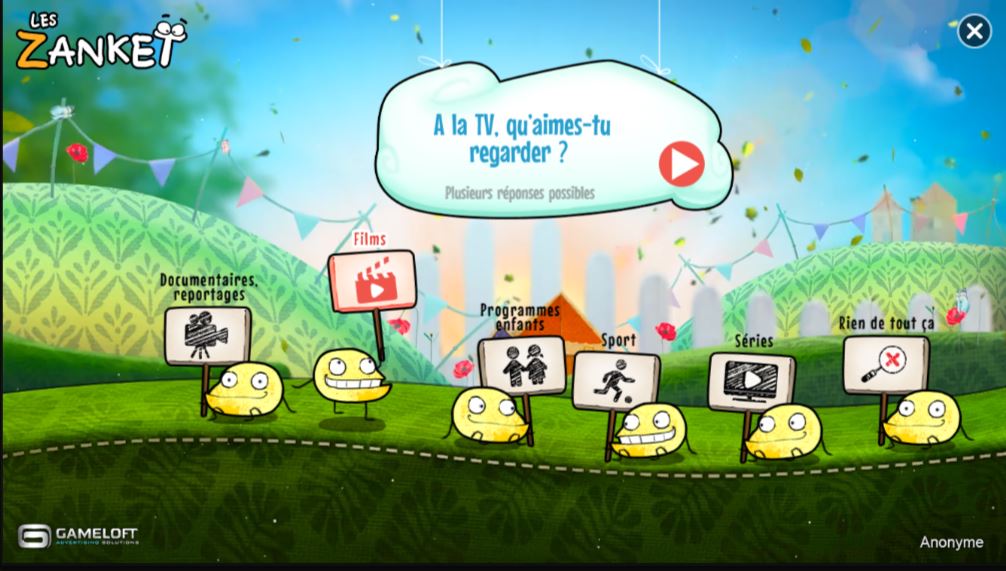 We create fun and engaging ways to get valuable consumer insights!

Discover about your brand and audience to better optimize branding efforts. 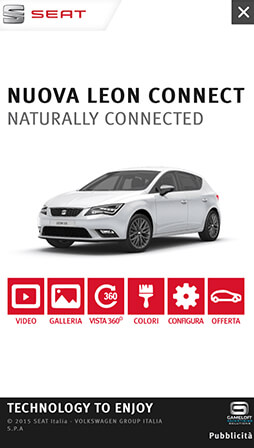 Lets consumers interact with your brand’s story and take advantage of the full capabilities of HTML5 for the richest media experience. 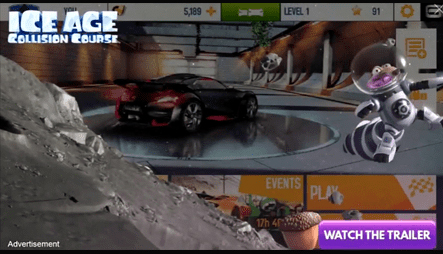 The unit is designed to offer a smooth animation from game environment to advertising (Host game in background). Ideal for engaging viewers with premium, eye-catching displays that stimulate brand awareness. 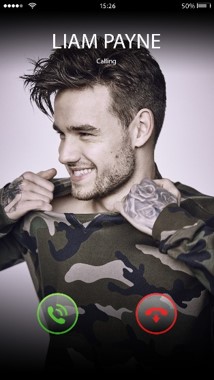 Surprise! Surprise! You have a phone call from your favorite celebrity!

An interactive rich media interstitial with an audio or video message clip, mimicking a call from a celebrity.

The user have the choice to answer or decline.
When answering, user hears a recorded audio message or see a recorded video message.
If user declines, a screen appears showing a SMS with the message.

At the end, there will be an end screen with Call-to-action options. 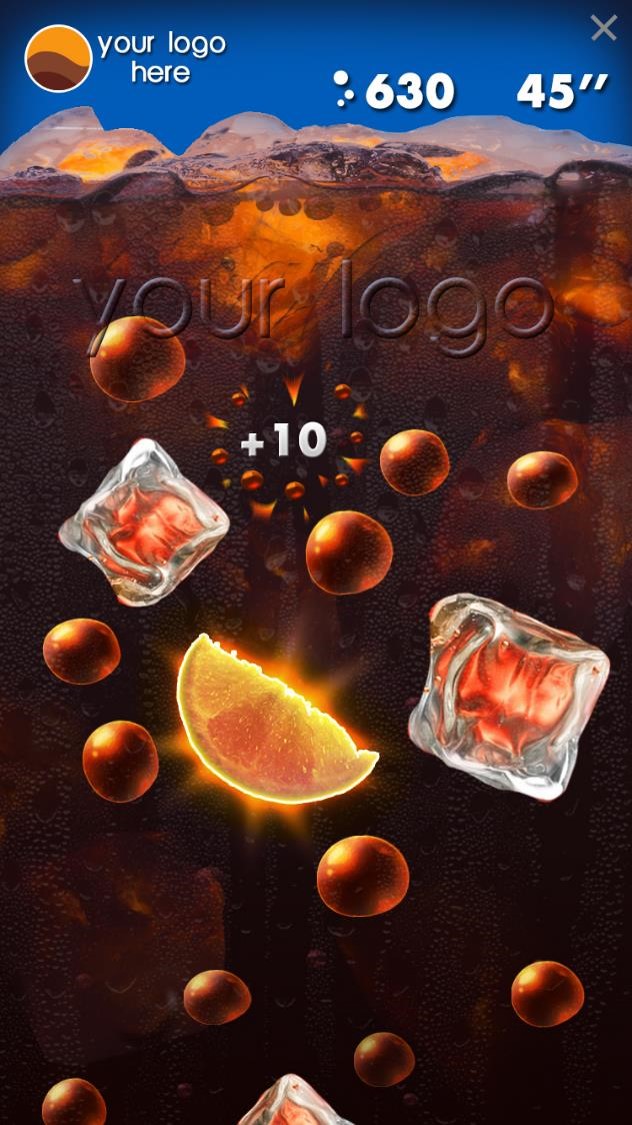 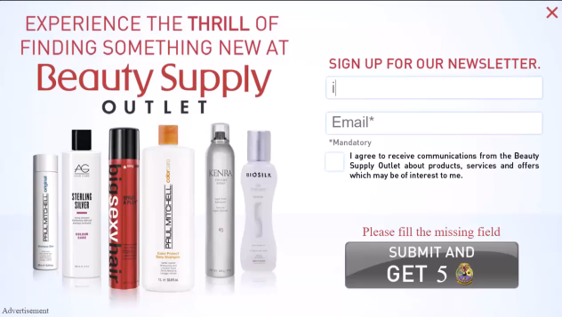 The easy way to address a form to the audience that matters!

Many applications: signing-up for a newsletter, leaving contact details to receive documentation, registering for an event, gathering customer’s insight…

The form is the best solution to capture qualified leads. 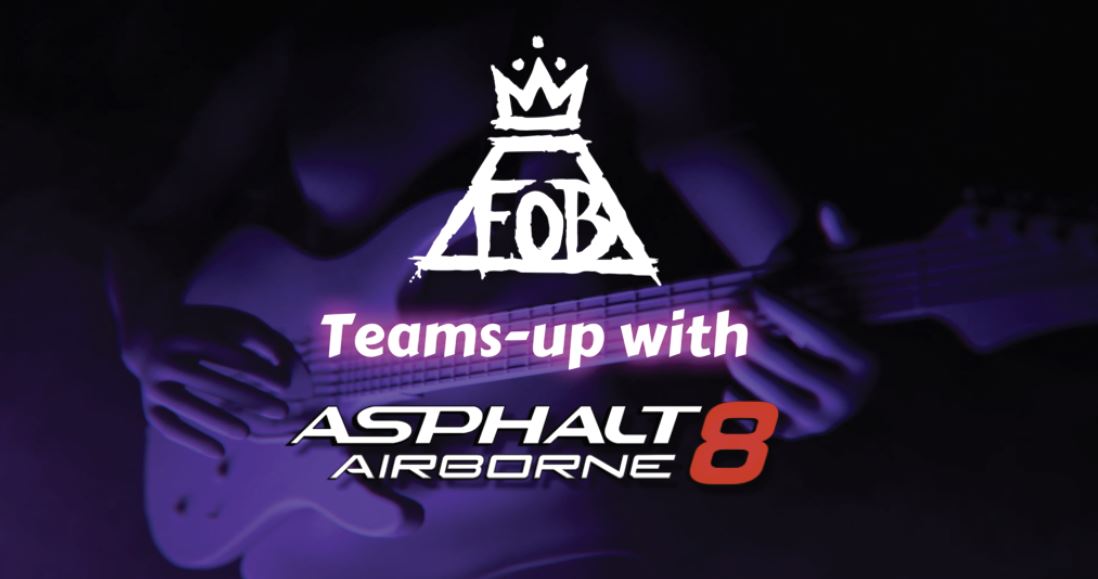 Tell your story in-game: interact with your audience at the heart of gaming experiences 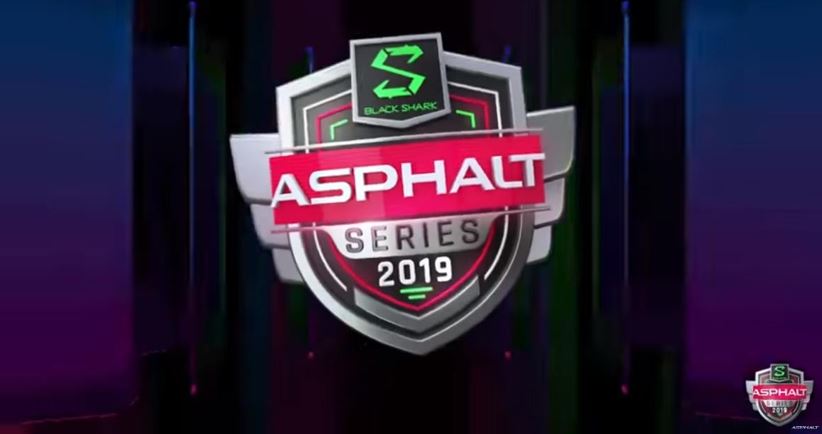 Associate your brand to the fastest growing sport ever! 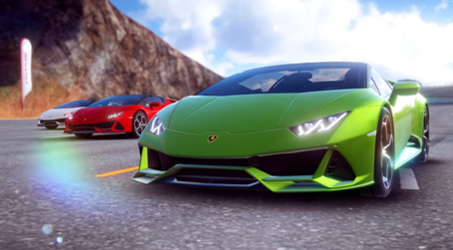 From in-game actions... to live experiences!

Take a legendary trip with Lamborghini 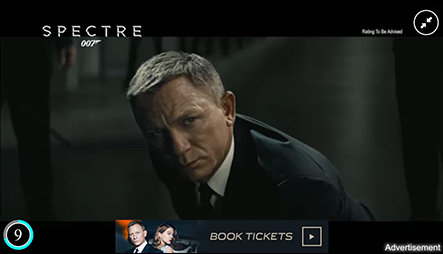 This ad format is utilizing video directly in the banner to spark audience curiosity. User initiates the video to expand it in full screen, which is maximizing engagement with the brand.

Driving engagement throughout the video with an overlay. 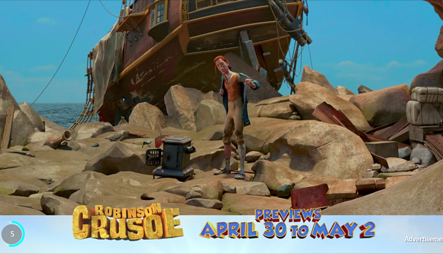 The most demanded unit on mobile!

Video is the ideal format for storytelling. And in gaming there is no distracting second screens! A video end screen or click-to-action button drives the user to find out more information. 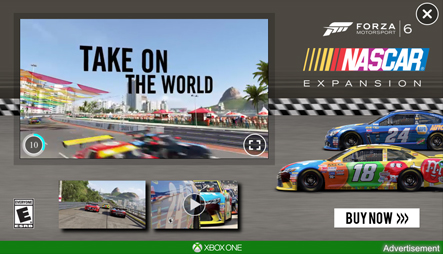 An Expandable Video Embedded within a Themed Interstitial

This full screen, rich media ad format maximizes user engagement by inviting users to watch and take action throughout the video. By immersing your consumers, it brings your brand to the forefront of their attention. 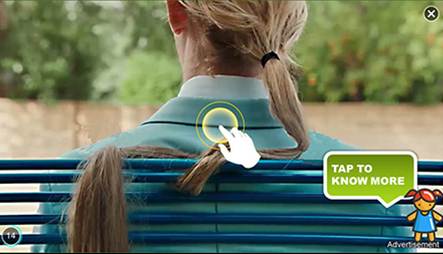 The ad format which offers a more engaging experience from the standard video!

This video unit incorporates interactive features that once clicked, may pause the video and allow the user to discover more about a product or service advertised.

The advertiser can choose up to 2 interactions among a wide variety of features : 360° view, questionnaire, color selector, etc.… 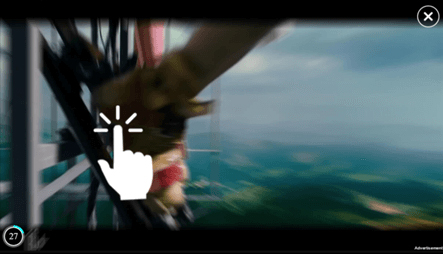 Add the element of fun and let the user interact with your videos with our custom QTEs, applied at selected moments, to hook the user’s attention throughout the video.

We apply 4-5 QTEs on the video, with Success/Missed alert after. 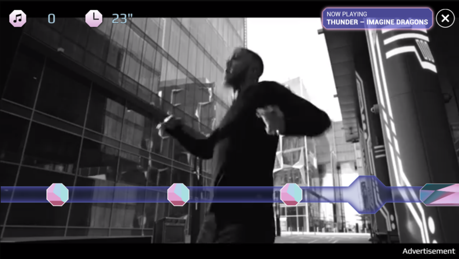 Let users be the DJ to your music video or film soundtrack!

An ad unit designed for users to interact by tapping controls that follow the beat or rhythm of a sound clip.

An ideal format for the music or film industry!

This ad format gamifies a video or sound clip, with users attention focused to the sound extract in order to engage.
They will be able to see their score at the end, with a call-to-action for redirection to full song or website afterwards.

The interactivity of this format allows for true engagement from user, from start to finish. 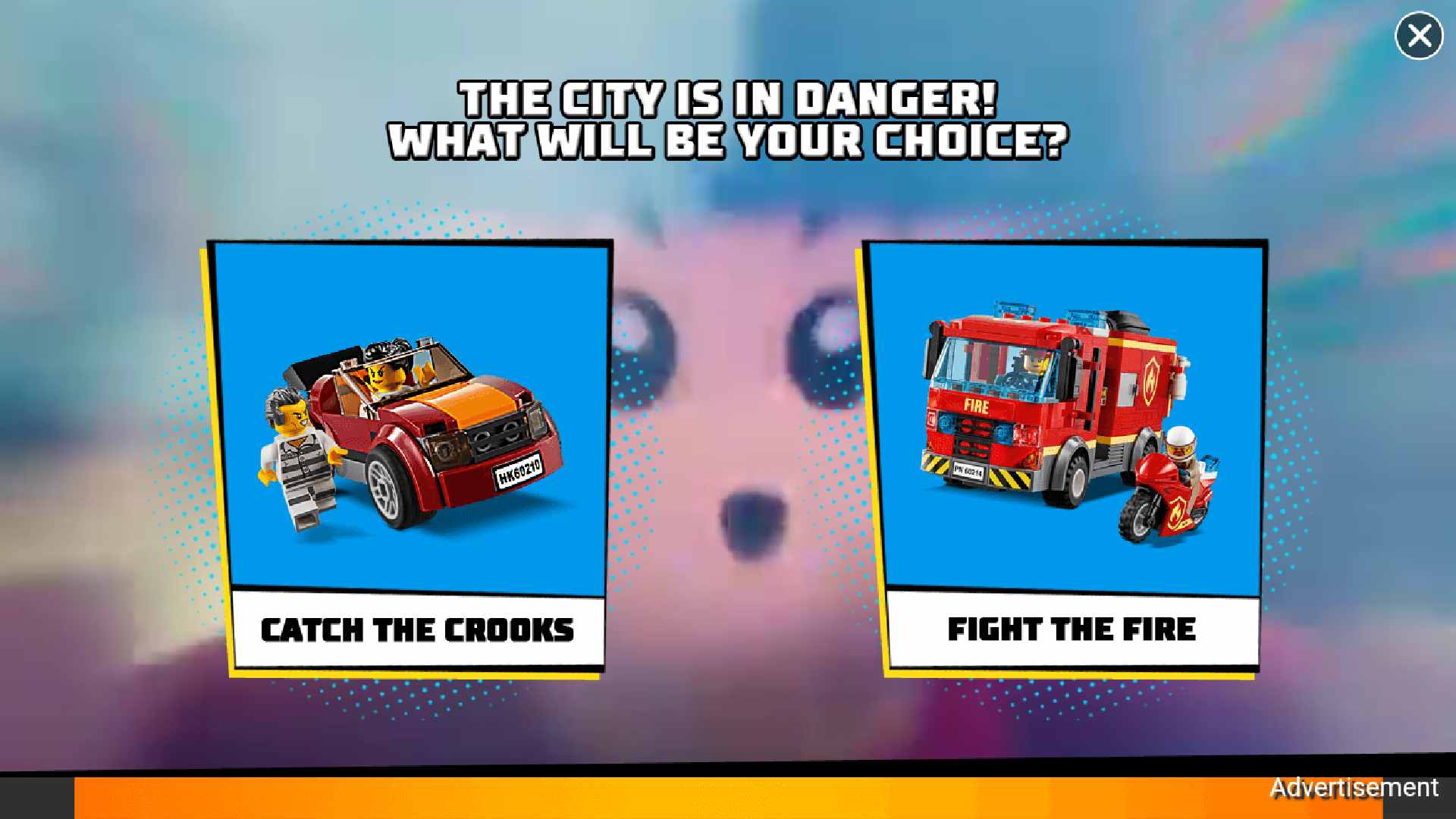 Give users the power to choose their own adventure with your brand!

The choose-your-own-adventure video gives your audience a sense of personalization and control, with a fun, digital  experience that allows the viewer to choose between paths and define the story.

Interactive Video Story redefines traditional video ad experience into a two-way dialogue. Viewers make their own choices that alter the narrative experience, turning viewers into an active audience. At certain decision points in the video, users are asked to choose between two paths. Each path influences the video’s story progression.

We include 2-3 decision points in the video where users can choose the story’s direction. 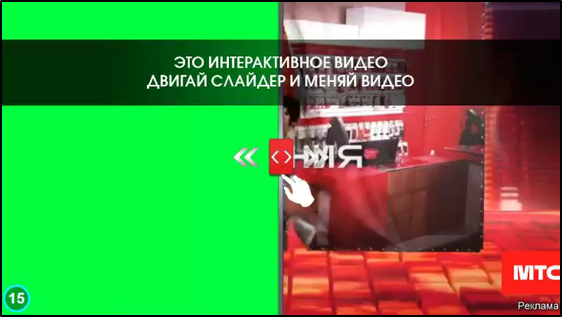 Two parallel stories in one frame! Showcase two sides of your brand product or story.

Swipe left, swipe right. Users can slide between the videos by controlling and interacting with it.
This unit allows you to present users with a side-by-side display of your best video content.

A great fit to show “before & after” concepts, different variants and flavors of a product, or parallel scenes from a movie.

Premium video:
Two videos in one placement, user gets to choose which to watch 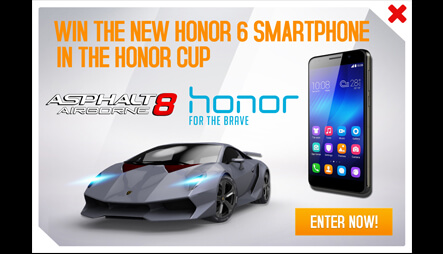 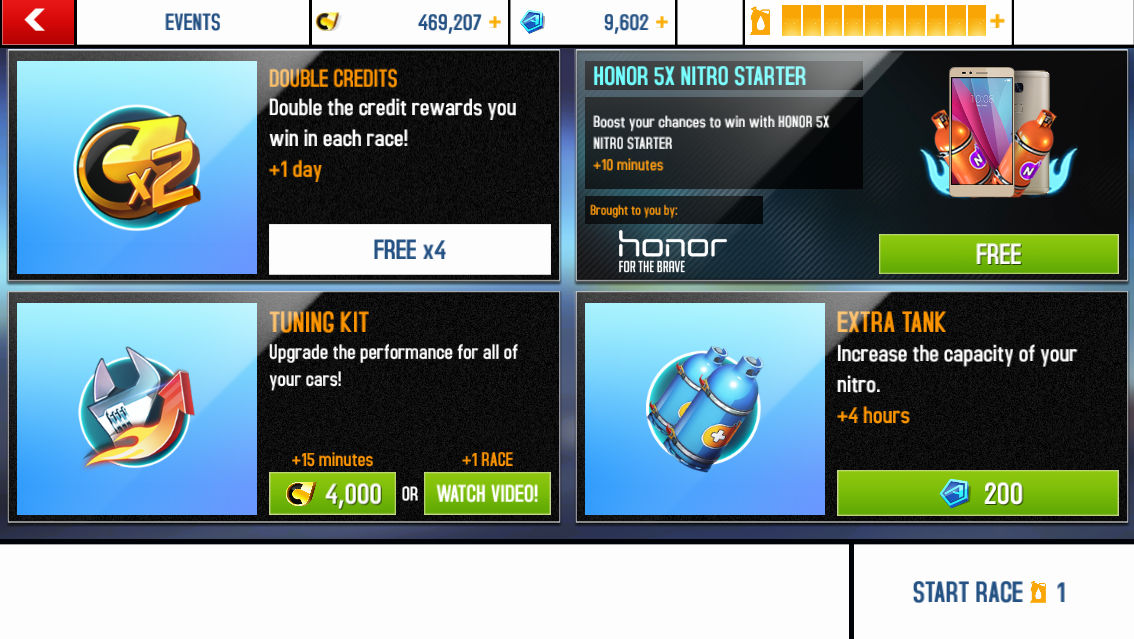 A special branded booster that is offered before gameplay to give players an advantage. Users will be able to apply the advantage in the next gameplay, right after claiming the booster.

A native brand integration at an opportune moment (i.e. before a race), that creates a meaningful interaction between brands and consumers! 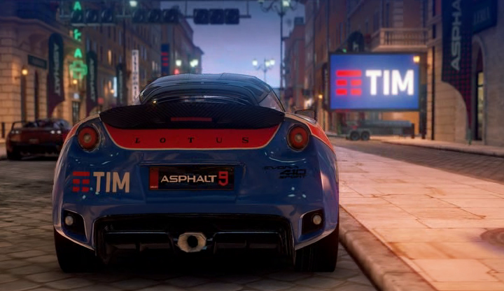 Customize your own decal in Asphalt and give your vehicle the placement it deserves. Join a catalogue of prestigious car manufacturers.

Brand integration possibilities depend on each host game, to be discussed for each opportunity. 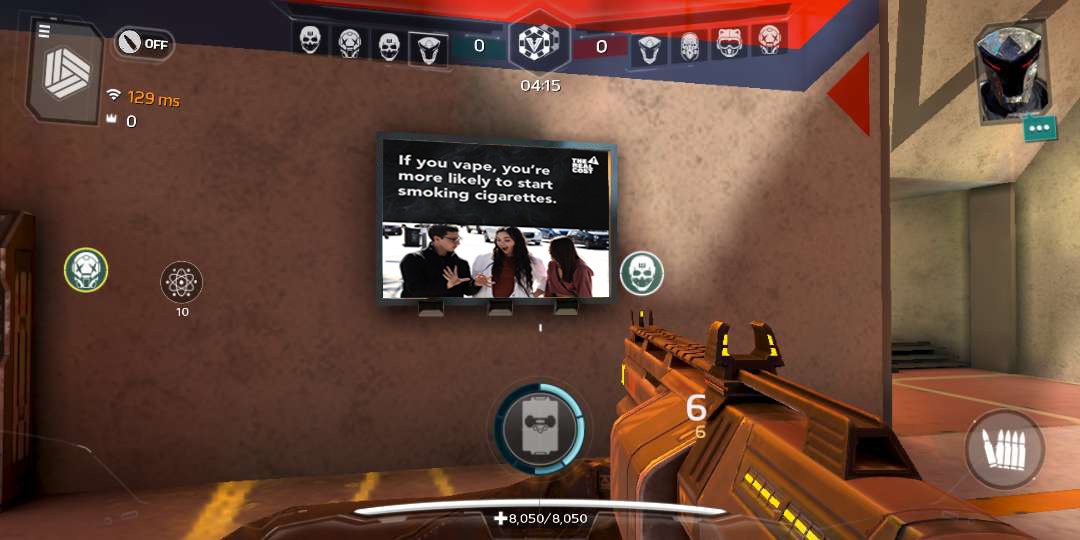 Take over the game environment!

Seamlessly display your brand message along Asphalt race tracks or in Modern Combat Versus selected billboard areas for extra exposure.

Interactive Ad formats for Coca-Cola, to engage with the interactive mobile audience. 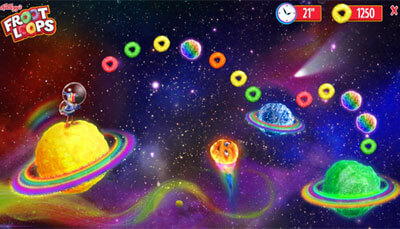 The Mini-Game Saga with Kellogg’s ! Toucan Sam was the hero of 3 captivating mini-games! 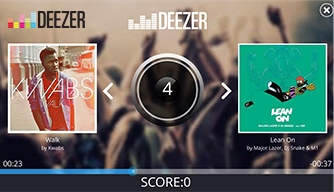 The Deezer’s campaign aimed at promoting its catalog of artists with this fun playable ad.

A leading digital and social game publisher, Gameloft® has established itself as one of the top innovators in its field since 2000. Gameloft creates games for all digital platforms and with an engage and passionate audience, it offers via Gameloft Advertising Solutions a unique level of visibility and involvement to advertisers.
Gameloft operates its own established franchises such as Asphalt®, Order & Chaos, Modern Combat and Dungeon Hunter and also partners with major rights holders including Universal, Illumination Entertainment, Disney®, Marvel®, Hasbro®, Fox Digital Entertainment, Mattel® and Ferrari®. Gameloft distributes its games in over 100 countries and employs 6,000 people worldwide.

All trademarks referenced above are owned by their respective trademark owners.

All trademarks referenced above are owned by their respective trademark owners.